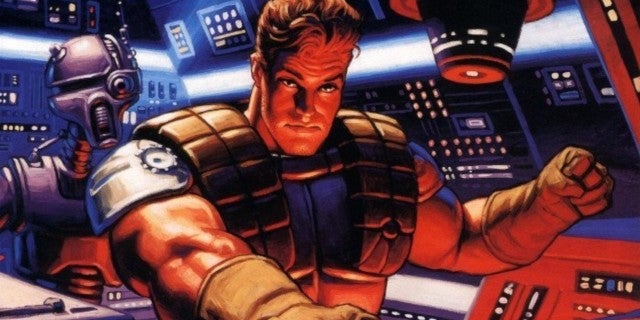 Star Wars: The Clone Wars Final Season is doing some much-needed filler work for some of the bigger holes in the Prequel Trilogy of the Skywalker Saga. The latest two episodes of Clone Wars have formed a particularly important interquel story for Revenge of Sith, as we see what fates befell the two “fallen” apprentices of Darth Sidious and Anakin SKywalker. Clone Wars newest chapter, “The Phantom Apprentice” saw Darth Maul and Ahsoka Tano meet for the first (but not the last) time. That duel was as epic as Star Wars fans expected – however, Phantom Apprentice also opened the door to Dash Rendar‘s official debut in Star Wars canon!

“The Phantom Apprentice” chronicles the continued Siege of Mandalore, with Ahsoka and Bo-Katan Kryze’s forces still trying to hunt down Maul and stop his Mandalorian forces (led by Gar Saxon) from retaking the planet. Maul sends Saxon’s forces out to battle, but the dark side crimelord has other, more pressing, things on his mind. Through his own cunning, and the mind probe of a captured clone trooper, Maul realizes that Darth Sidious’ big debut is nigh, as is the fall of The Republic and the Jedi Order.

Know about the great chaos that’s about to be unleashed on the galaxy, Maul decides to call on his forces in The Shadow Collective, to prepare them to seize what power they can, once the Republic crumbles. We see the members of the Collective include Solo villain Dryden Vos of Crimson Dawn, and Clone Wars‘ Lom Pyke of the Pyke Syndicate – but also a key other player, Prince Xizor of the Black Sun crime syndicate.

This is a moment Star Wars fans have been waiting for since the 1990s, as the multimedia game/novel project Star Wars: Shadows of the Empire is slowly but surely becoming canon! The hero of that storyline was “Dash Rendar” who was a smuggler character that fans remember affectionately as something of a knock-off Han Solo (he’s even from Corellia!). Rendar was a gifted pilot that joined the Imperial Navy, only to have his wealthy family’s reputation ruined by Prince Xizor, with the family being exiled by Palpatine to the Outer Rim. There, Dash became a smuggler, and eventually a key player in side events of the Original Trilogy, like the attempt to rescue Han Solo from Boba Fett, the Battle of Hoth, and the mission to secure plans for the second Death Star.

Of course, Dash Rendar’s great story is no longer Star Wars canon; all he has is a mention in a Solo side-story. However, with Prince Xizor now entering Star Wars in a bigger way, Dash Rendar’s new (official) story can also begin!

Do you want to see Dash Rendar and/or Shadows of the Empire become star Wars canon?