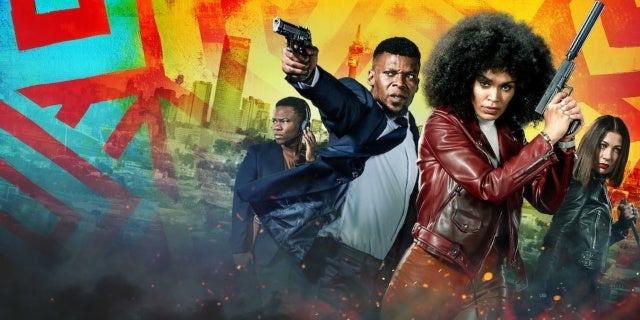 While Netflix has made a habit out of cancelling original shows early and often, not every bit of news regarding the streamer’s originals is clouded with doom and gloom. On Tuesday morning, Netflix handed a Season 2 renewal to the action-packed spy series Queen Sono, which stars Quantico alum Pearl Thusi. This is a groundbreaking renewal for Netflix because Queen Sono is the streaming service’s first African original series.

Queen Sono debuted on February 28th with a six episode first season, and quickly made fans across the world. The series tells the story of a highly-trained spy (Thusi) who embarks on dangerous missions while also facing issues in her personal life. The second season of the series will see her take a journey across Africa as she seeks truth and vengeance.

“The first season of Queen Sono marked the beginning of our journey to introduce the world to exciting stories that are made in Africa,” said Dorothy Ghettuba, head of African originals at Netflix. “It was an unprecedented representation of a strong female black lead in African television.”

“In the first season of Queen Sono, we saw grit and glamour, strength and vulnerability, as well as the past and the present, converge into a powerful narrative that explored the complexities and nuances of the African experience,” Ghettuba continued. “Kagiso Lediga and the Diprente team delivered a compelling story that resonated with our viewers and we can’t wait to see what they have in store for Queen Sono in this coming season.”

Season 2 of Queen Sono is set to begin production later this year.

Did you enjoy the first season of Queen Sono? Are you looking forward to Season 2? Let us know in the comments!