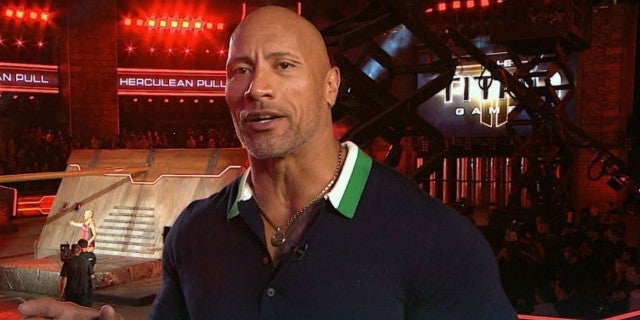 Dwayne “The Rock” Johnson’s athletic competition series, The Titan Games, will return for its second season on NBC beginning on May 25. NBC put out a press release on the show this week along with a teaser trailer featuring “The People’s Champ.” The release read, “NBC’s hit athletic competition series ‘The Titan Games’ will premiere Monday, May 25 with a 2-hour episode from 8-10 p.m. ET/PT. Beginning June 1, ‘The Titan Games’ will begin airing in its regularly scheduled 8-9 p.m. timeslot.

“Executive produced and hosted by Dwayne Johnson, the series offers everyday people a once-in-a-lifetime opportunity to compete in epic head-to-head challenges designed to test the mind, body and heart,” the release continued.

It was also noted that, due to the coroanvirus, the show will run virtually unopposed on Monday nights throughout the summer. Ironically, its main competition will be Monday Night Raw.

“In the absence of sports, ‘The Titan Games’ will give audiences their much-needed dose of high-level competition,” the release continued. “This season includes an incredible group of athletes and everyday heroes with inspirational stories. There are doctors, nurses, veterans and teachers set to compete in the Titan arena, and this season they will also have to beat world-class professional athletes, including Olympic gold medalists, NFL stars and UFC champions, to become Titans. Professional athletes to be revealed soon.”

WWE has been running episodes of television out of the empty WWE Performance Center since mid-March. And even though local officials tried to have the taping shut down during the state-wide “stay at home” order, the company was allowed to keep going after Florida state officials deemed pro wrestling an “essential business.”

WWE’s next pay-per-view, Money in the Bank, will take place on May 10. The show’s two titular ladder matches will take place inside the empty WWE Headquarters building in Stamford, Connecticut.

Here’s the Money in the Bank card as of now: