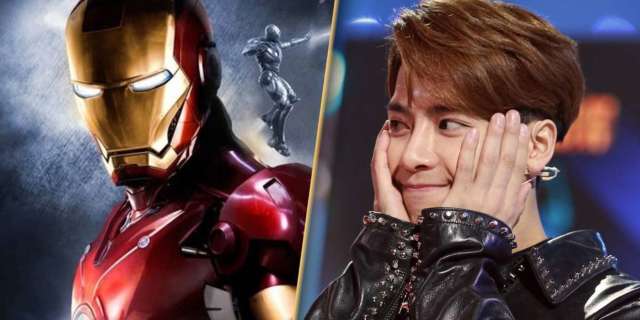 Jackson Wang decided to call into Joe Russo’s live stream to ask the director to bring Iron Man back. Fans of the rapper know he’s all about the armored Avenger, but they couldn’t have asked him to spring that question on the Avengers: Endgame filmmaker on the spot like that. It’s not hard to believe because so many fans of the character just want one more adventure with Tony Stark. But, that’s unlikely to happen at this juncture. Russo said as much after Wang’s spirited plea on the Livestream. His call quickly trended on Weibo as fans felt the pain themselves. More action than people expected out of a Wednesday for sure.

“My favorite character is Ironman,” he told Russo. “Is there a teeny tiny percentage chance that he might come back? Honestly, get him back, right now!”

Robert Downey Jr. left the door slightly cracked on the possibility of a return earlier this year. Fans are holding out hope that the impossible can come true.

“I’m not sure. Are we in bargaining now?” Downey said of his Marvel Studios contract being fulfilled. “I am so pleased, just that, I wound up where I have. I’m very fortunate so, I’m not the kind of guy who — I want to try to keep it classy. We’ll see.”

#JacksonWang calls in to #Avengers: #EndGame co-director #JoeRusso’s livestream and shares, “My favorite character is Ironman. Is there a teeny tiny percentage chance that he might come back? Honestly, get him back, right now!”#王嘉尔 pic.twitter.com/SZCaI6p42Y

Despite his effective retirement from the role, the Iron Man actor remains touched that so many fans loved his take on the character. There’s something to be said about the connection the MCU has with its fans.

“It was all there in the universe, to begin with, and that’s why I think the Marvel comics have been so numinous to kids and grownups and people,” he shared. “There’s this love for it because it speaks to the world but it also speaks to the democratic American projected dream, which is far more complicated than that (laughs), but there’s an ideal there that’s always been trying to express itself, and strangely, in some ways, the best of it has been expressed in these little two-hour segments of entertainment.”

Would you love to see Iron Man make a grand return? Let us know down in the comments! Check out Jackson Wang’s fans reacting below:

Who among us hasn’t wished for it

-Jackson Wang on the Russo Bros about Iron Man’s death.

THIS IS SO HILARIOUS 😂 he’s like a kid demanding his toy back HELPpic.twitter.com/CkEPKAjGt0

it was a short live with Jackson wang and marvel russo !! Jackson even asked if there’s a chance for ironman to comeback to the scene or not and russo said we are not that very sure . Awww little kid in his heart with so much of curiosity about marvel stories❤️❤️

Fans are trying to see it

mr. @Russo_Brothers i know you guys aren’t directly involved with bringing back iron man but please consider casting @JacksonWang852 as the younger version of tony stark they look so much alike

I just heard @JacksonWang852 interacting with Joe @Russo_Brothers nd OMG I’M SO FREAKING EMO! ILY3000 Jackson nd Marvel! I’m a MCU fan nd this interaction JUST MADE MY DAY!!! MY BOI EVEN ASKED BOUT CHANCES OF IRON MAN COMING BACK MY GOD I’M IN TEARS 😭💖 I STAN THE RIGHT PEOPLE!!

Listened to @JacksonWang852 asking Anthony Russo about possibility that Iron man might return one day….. ❤

Iron Man SHOULD really come back, flashbacks are not enough😭😭😭.
If you had a chance to help write the script for the next Avengers movie, how would the story go?

Jackson wang is my iron man