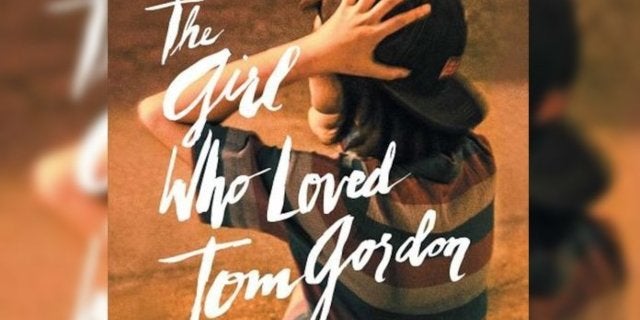 Plans to adapt Stephen King‘s novel The Girl Who Loved Tom Gordon emerged last year, with the project having now enlisted Christy Hall as its writer, having previously co-created Netflix’s I Am Not Okay With This, per Deadline. An adaptation was previously being developed by George Romero back in the 2000s, though it never took shape, with Romero’s former wife Christine Romero serving as a producer on this new take alongside IT producers Roy Lee and Jon Berg. With the coronavirus pandemic halting production on virtually all movies and TV shows, it’s unclear when the adaptation will take more definitive shape.

“I’m thrilled that my book is being brought to the screen, and that George’s company is involved,” King shared in a statement when the project was initially announced. “Chris (Romero) has worked long and hard to make this project happen.”

King’s website describes the novel, “Nine-year-old Trisha McFarland strays from the path while she and her recently divorced mother and brother take a hike along a branch of the Appalachian Trail. Lost for days, wandering farther and farther astray, Trisha has only her portable radio for comfort. A huge fan of Tom Gordon, a Boston Red Sox relief pitcher, she listens to baseball games and fantasizes that her hero will save her. Nature isn’t her only adversary, though – something dangerous may be tracking Trisha through the dark woods.”

In I Am Not Okay With This, “Angsty Syd navigates high school awkwardness, family drama, and an unrequited crush on her best friend while trying to rein in her budding superpowers.”

The current pandemic has resulted in a lot of comparisons to horror stories, including King’s own The Stand, which tells the story of a weaponized strain of influenza inadvertently wiping out a majority of the world’s population. In fact, one of the productions that has been impacted by the coronavirus is a TV series adaptation of the novel, which King himself contributed an all-new epilogue to. Even King’s fictional worlds have been impacted, with the author revealing he had to change the timeline of the book he is currently working on.

“I set [the novel I’m currently writing] in the year 2020 because I thought, ‘Okay, when I publish it, if it’s in 2021, it will be like in the past, safely in the past,'” King revealed during an interview with NPR. “And then this thing came along, and I immediately looked back through the copy that I’d written and I saw that one of the things that was going on was that two of my characters had gone on a cruise … and I thought, ‘Well, no, I don’t think anybody’s going on cruise ships this year.’ And so I looked at everything and I immediately set the book in 2019, where people could congregate and be together and the story would work because of that.”

Stay tuned for details on The Girl Who Loved Tom Gordon movie.

Are you looking forward to the adaptation? Let us know in the comments below or contact Patrick Cavanaugh directly on Twitter to talk all things Star Wars and horror!