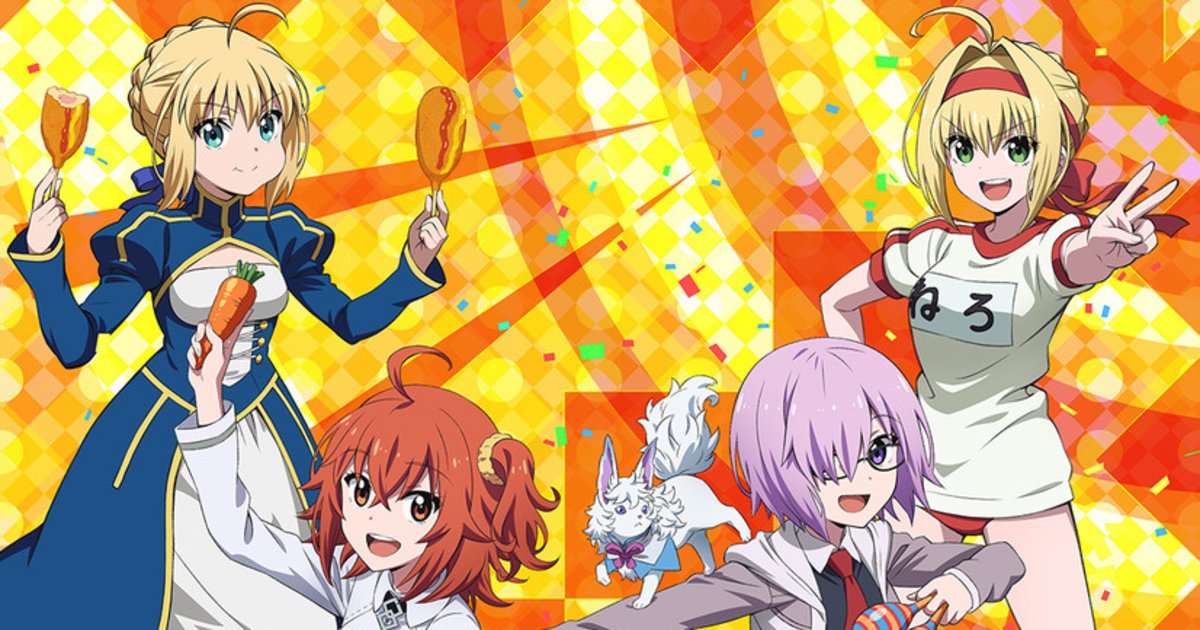 The parody show debuted on December 31, 2020 as part of a special New Year’s Eve program in 2020. Featuring beloved characters like Mash Kyrielight and Artoria, it brings the world of Fate/Grand Order to a lighthearted, comedic setting.

Fate/Grand Carnival’s first season Blu-ray & DVD box set will be released on June 2, with a second season following on August 25.

As a bonus gift, participating stores will offer a cushion cover featuring a special illustration by character designer Eri Takenashi. A series of five B2 size tapestries featuring new illustrations of the characters will also be available to customers buying both seasons.

Fate/Grand Carnival’s first season will be available in Japan from June 2, with the second season following on August 25.