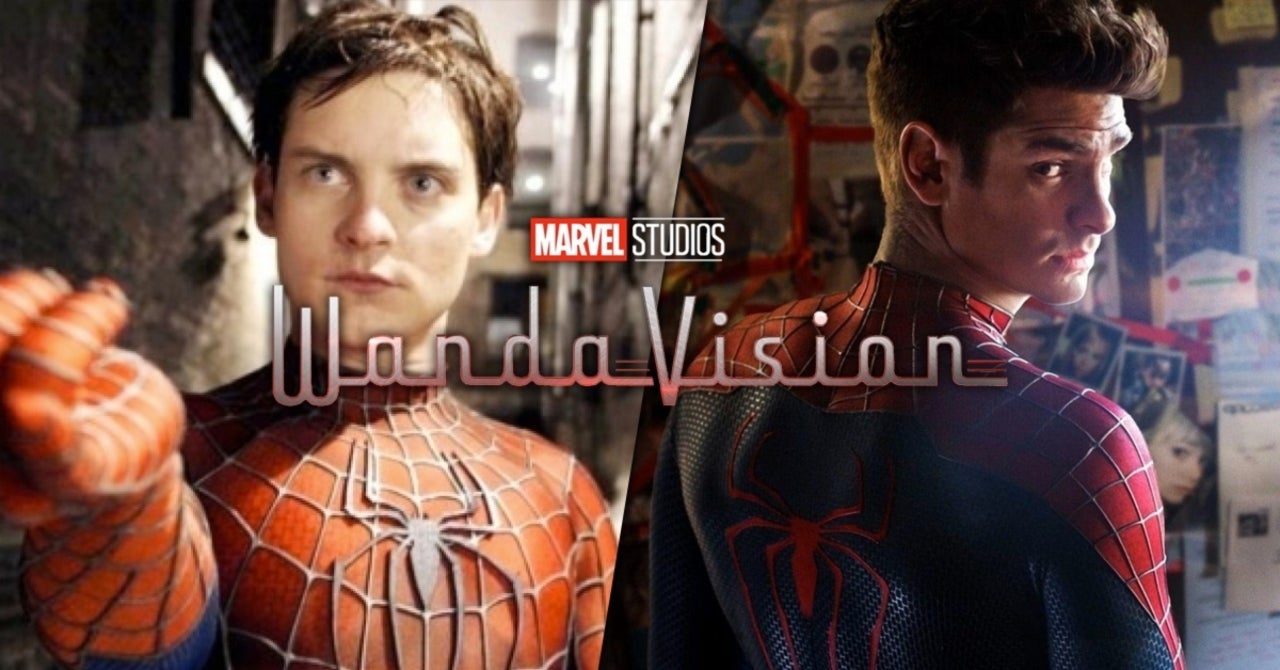 Tom Holland continues to insist neither Tobey Maguire nor Andrew Garfield will end up being in Spider-Man 3. By now, it’s likely an attempt at a bamboozle on the actor’s part, a norm for performers that don’t want to release too much about their respective Marvel property. Just weeks ago, we had a similar situation when Tatiana Maslany flat out said she wasn’t going to be Jennifer Walters in She-Hulk.

Maybe we’ll end up seeing the likes of Maguire and Garfield earlier than Spider-Man 3, after all. Maybe Holland’s just fibbing at the moment. In fact, what if we end up seeing either of the characters officially join the Marvel Cinematic Universe much earlier — say, by the time WandaVision ends its run on Disney+ early next month?

It’s a move that would have needed some extra work behind the scenes between Marvel Studios and Sony because the latter continues to hold the feature film rights for the web-crawling superhero. Coincidentally enough, the two sides agreed to a new rights-sharing agreement right around the time WandaVision started filming.

Time and time again, both Elizabeth Olsen and Paul Bettany have teased a massive cameo in the second half of the season — an actor Bettany himself has said he’s always wanted to work with. Maybe the deal was struck right in time to get either Maguire or Garfield to a sound stage to film a cameo as the multiverse begins to crash in on itself, leading to Spider-Man 3 later this year.

With the return of Evan Peters’ Quicksilver, WandaVision showrunner Jac Schaeffer has already gone on record to say the writer’s room went to great lengths in explaining how they’d be able to bring the character back. With that discussion out of the way, now they’d be able to introduce the Spider-Men — right?

“We loved the idea of [bringing him back],” Schaeffer told Marvel.com. “And then we were like, how in the world are we going to make this make logical sense? Like, how do we justify this? Because that’s the thing, you can hatch a million great ideas, but to make them land, to make them be grounded, to make them feel organic to the larger story.”

“This show is such a mind scramble, and because it’s working on so many levels, and there’s so many notions of what’s real and what’s not, and performance, and casting, and audience, and fandom, and all of that, we just thought it would be the biggest thrill to bring Evan over to the Marvel Cinematic Universe.”

The first five episodes of WandaVision are now streaming on Disney+ while Spider-Man 3 is currently set for release on December 17th.

Do you think we’ll get another major cameo in WandaVision outside of Peters? Why or why not? Let us know your thoughts either in the comments section or by hitting our writer @AdamBarnhardt up on Twitter to chat all things MCU!