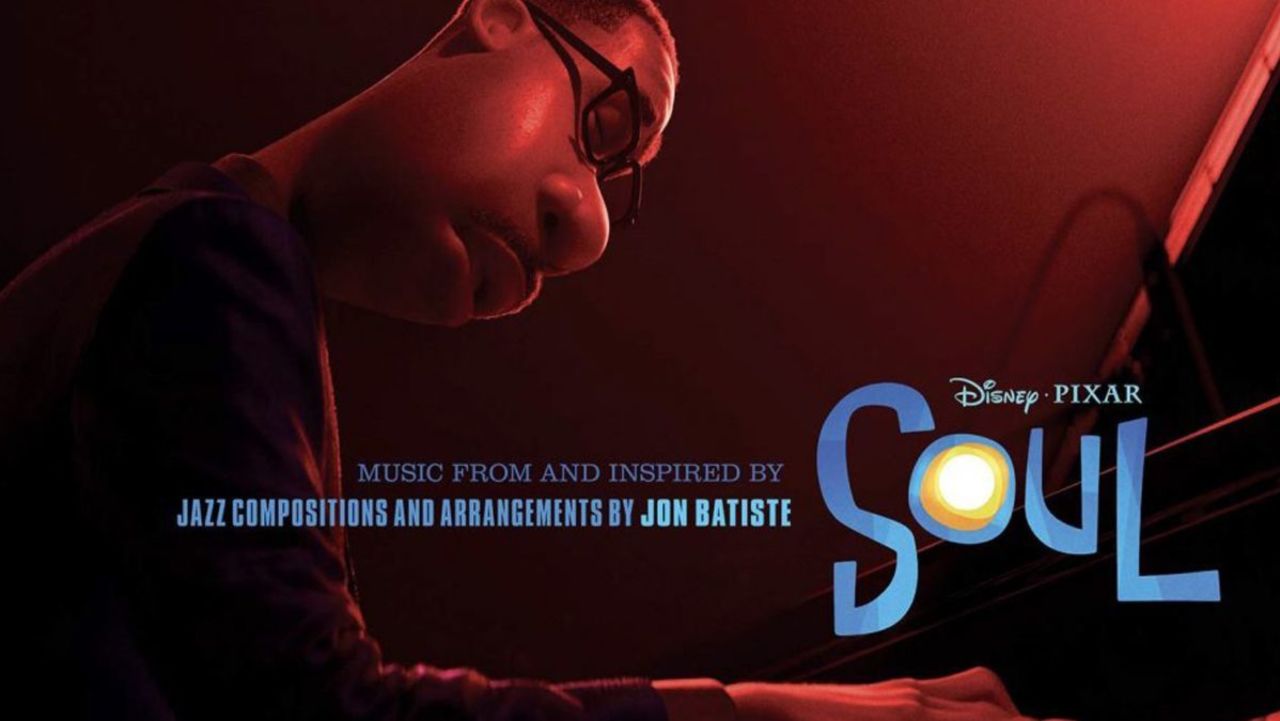 Soul’s soundtrack is up for Awards consideration and Jon Batiste shed some light on the composition of the score. In an interview with Indiewire, the acclaimed musician actually reflected on his own experiences when crafting the background of Joe Gardener’s life. Trent Reznor and Atticus Ross also played a major role in the score. Their involvement has been a feather in Disney’s cap, but Batiste is a musician from the same discipline as the main character. (See his solo work or his influence on Stephen Colbert’s house band.) Some of the film’s animation team actually used video of his performances as reference for how Joe’s playing looks and feels in the film. So, the beloved musician absolutely was instrumental in getting Soul to where it is now.

“The film is tackling a few heavy existential questions,” Batiste mused. “Where does our soul come from? What is our purpose in life? And I had a lot of experience as a musician that I could bring to Joe, trying to get his big break. I wanted to find some jazz music that had an ethereal and very universal, accessible form with melodies and harmonies that had that same spirit. So there’s an optimism in them, and it’s also a bit melancholy at the same time, and there’s ways that you can modulate and change the key, and it just hits you [emotionally].”

Reznor also gave people a peek into what the creative process was like in an interview with Consequence of Sound.

“There’s a childlike enthusiasm and positivity and openness, where quite frequently during the process, we would start working with very rough animated storylines that do a surprisingly good job of conveying watching the film, with temp voice acting and temp music, and you get a real sense of what the picture’s going to be like,” Reznor explained. “And they’ll show an animatic to the entire team, and I mean hundreds of people and [writer/director] Pete Docter would sit for three hours and listen to every comment. ‘Did you like this? Did you like that? That makes sense. Fill up this part.’ And two months later, there’s a movie that might have a radically different ending or middle or new character that comes into the meeting. And that’s kind of the fluid process that there might not be later on if you were filming actors on a set.”

He continued, “What that meant for us was, we scored about six different movies. As we started early on, it’s like, ‘I can’t wait to see this character’ … that doesn’t exist because he’s not even in the film anymore. Or this expansive moment where you’re watching a beautiful scene for a minute and a half, which is now three seconds, because a joke popped up, and now it’s a different thing. So, I think we started a lot earlier last time than we would in the future. But it was fascinating to see the process. And I remember as we were getting into it, they could say, ‘Let’s see. Trust the process. We’ve come up with a way to do this.’ And I don’t mean a factory assembly line, but a strategy of openness and collaboration between not just two or three or four or five people but possibly lots of people.”

Soul is currently streaming on Disney+.

Did you love the music in Soul? Let us know down in the comments!