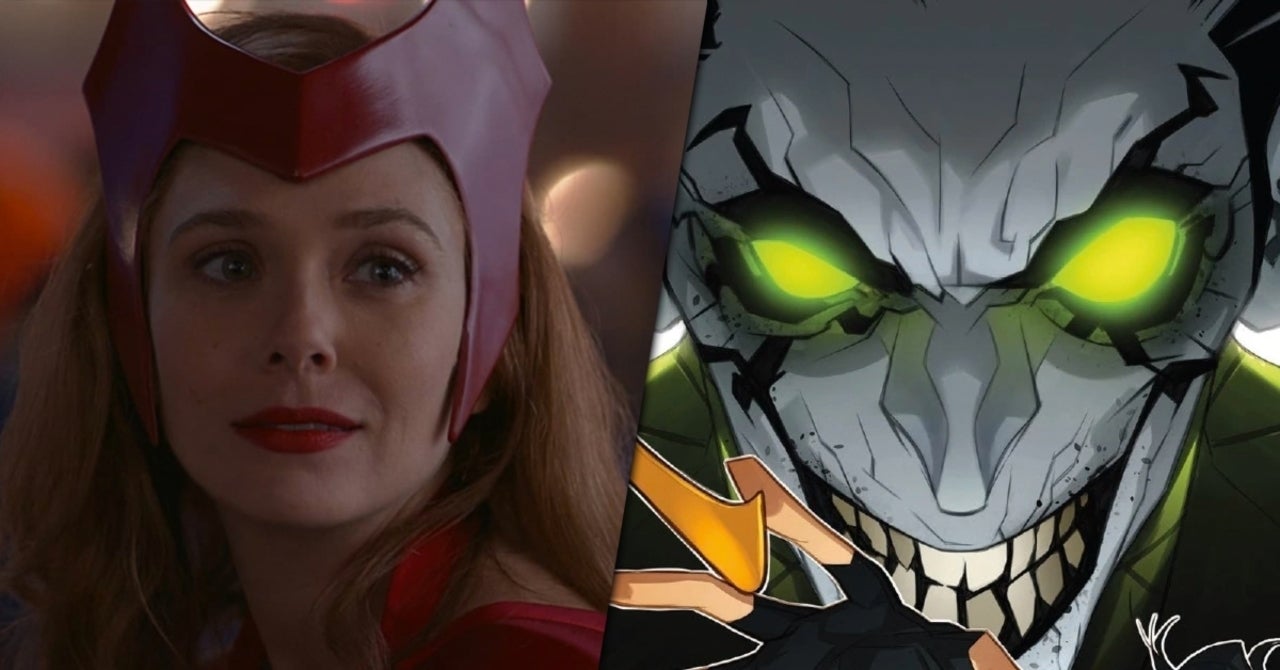 WandaVision is such a unique series that we’ve yet to see exactly who the actual villain is by now. While some might suggest Director Tyler Hayward (Josh Stamberg) could be the big bad due to his antagonistic approach, others might say he’s simply trying to get possession of Vision (Paul Bettany) again and nothing more — after all, the android can easily be considered a weapon of mass destruction. Others, however, think a bigger force is at play here either in the form of a mystical character like Mephisto or Nightmare. Here, we’ll discuss the way the Scarlet Witch (Elizabeth Olsen) could be the one responsible for the entrance of the latter to the Marvel Cinematic Universe.

Spoilers up ahead for the latest episode of WandaVision! Proceed with caution if you’ve yet to watch “All-New Halloween Spooktacular!”

Interestingly enough, Episode Six of the series has two distinct moments when characters flat-out say nightmare. Sure, they aren’t talking about the character himself — at least not as of yet — but rather using the word in casual conversation. It’s the last instance we feel may have something to do with Wanda and the entrance of a big bad.

It’s a moment in which Wanda and Quicksilver (Evan Peters) are sitting down in the Town Square during the Halloween celebration. They’re having a heart-to-heart when Pietro reveals he knows a decent amount about what’s going on. He knows the kids in town haven’t always been around, so he specifically asks his sister where he’s been keeping them.

He hypothesizes that they’ve been asleep and applauds his sister for choosing to keep families together within WandaWorld. He even goes the length to say what Wanda’s doing here is much better than “giving people nightmares” and “shooting red wiggly-woos” out of her hands.

The kids are something that’s been a major sticking point of speculation the entire series. Early on, the adults of the city kept chanting things like “For the kids,” even though no kids were to be found. Suddenly, Tommy and Billy were born. In Episode Five, Vision directly asks Wanda where all the kids of Westview are, and one episode later, the town is suddenly crawling with children.

Maybe Wanda was in control of this all of that beginning, and her actions directly led to a character like Nightmare being able to cross over. After all, the character is similar to Freddy Kreuger in that he attacks through portals in the Dream Dimension. If an entire town of kids was put to sleep for an extended period of time, maybe someone like Nightmare recognized this would be an opportunity to cross over from the Dream Dimension to the main reality of the Marvel Cinematic Universe.

Who Nightmare is — if the character ends up being in the series — has yet to be seen. Maybe it’s Agnes (Kathryn Hahn), as she was on the outskirts of town near Ellis Avenue. Earlier in the episode, Wanda warned her children not to go past the road. Maybe it’s Pietro because he evidently knows a lot more than anyone else in town.

Either way, it’s totally plausible that Wanda’s actions could be what causes the next major Marvel villain to be introduced.

The first six episodes of WandaVision are now streaming on Disney+.

Who do you think the big bad is on WandaVision? Let us know your thoughts either in the comments section or by hitting our writer @AdamBarnhardt up on Twitter to chat all things MCU!