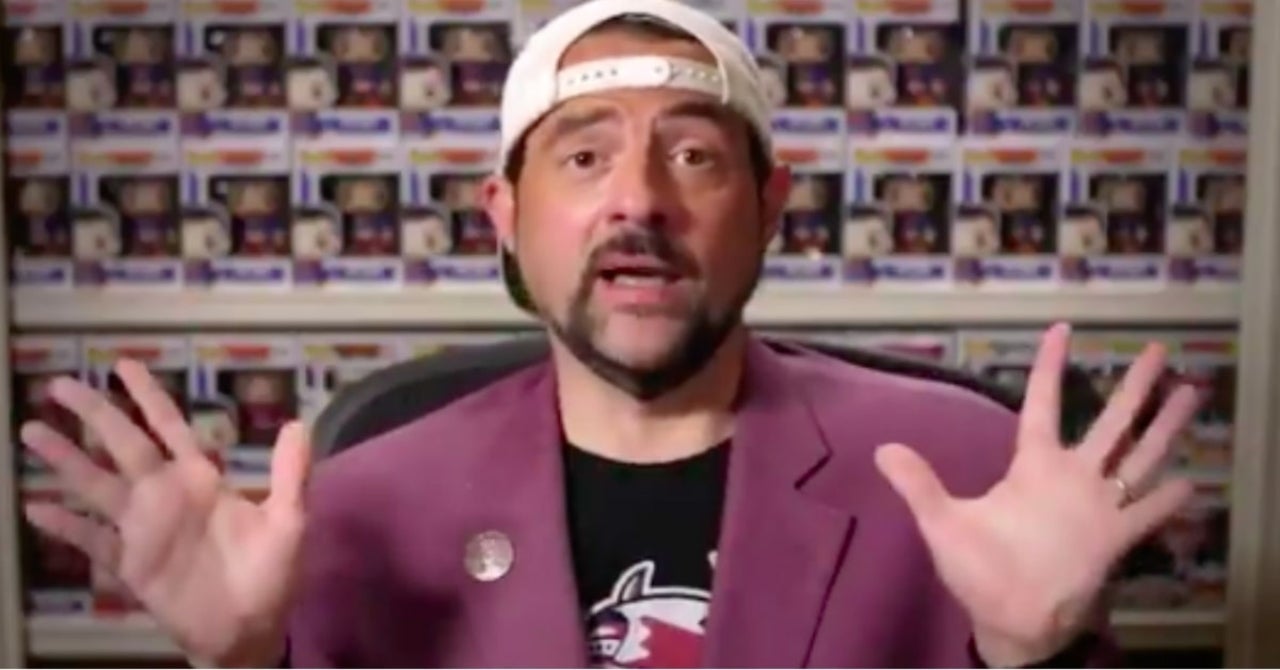 While there are a lot of mysteries when it comes to WandaVision the biggest is who or what is the real villain of the Marvel series. Who is really in charge has been a central question almost from episode one with theories suggesting that Wanda (Elizabeth Olsen) is the villain herself, or that someone like Mephisto or even Nightmare is pulling her strings. But with last week’s “All-New Halloween Spooktacular!” shaking things up with Vision breaching the energy bubble around Westview and Pietro (Evan Peters) being a part of the main “cast” for Wanda’s sitcom world, many people are starting to reconsider who they think is behind it all. That includes Kevin Smith who now says that Mephisto really could be the true villain of WandaVision after all.

After episode five, “On a Very Special Episode…” when Pietro showed up played not by Aaron Taylor-Johnson who had portrayed the character in Avengers: Age of Ultron but by Peters who played the character in Fox’s X-Men series, many fans quickly jumped on the Mephisto train but Smith said during an episode of his Fatman Beyond podcast that he didn’t think Mephisto was behind it. What a difference a week makes. In the latest episode, Smith conceded that it could very well be Mephisto and for him, the tell was the creepy “Yo-Magic” faux commercial.

The claymation commercial features a kid on a desert island who is starving when a shark shows up with Yo-Magic Yogurt. The kid says he’d eat “anything” and the shark tosses him a cup, but the kid is never able to open the yogurt and eventually starves to death. The commercial ends with the shark telling viewers that Yo-Magic is the snack “for survivors”. For Smith, the kid on the island is representative of Wanda herself and the shark is someone who made her a deal for something that seemed like a good thing but really wasn’t.

“What I took out of it was the little kid is her, like she’s starving for, you know, whatever companionship, f-cking people not to die in your f-cking life,” Smith said. “And the shark could represent somebody who offered her a seemingly good thing which we now see isn’t very nourishing at all and so last week or the week before I was just like, ‘there’s no way it could be Mephisto’ why would they just suddenly, Mephisto is… people don’t know about Mephisto. That commercial and then the conversation she had with Pietro where Pietro gave full-throated support for what she’s doing, knew exactly what she was doing and controlling the town and sh-t and gave support to the point where she’s like ‘you don’t think this is bad’ and he’s like ‘no, I think it’s amazing’ and stuff. But the way he was talking to her, I’m not gonna say like it didn’t sound like Pietro, but it sounded like the devil. So I’m gonna amend my ‘I don’t think it’s Mephisto’ and be like maybe it is Mephisto.”

Smith also makes a few other comments that he thinks ties Pietro to Mephisto, including Pietro’s reference to Billy and Tommy as “demon spawn” — in the comics, the boys were magical constructs created by Wanda out of part of Mephisto’s essence — which does sort of tip things a little further toward the Mephisto of it all. However, Smith also did concede that Marvel might be using Mephisto as a sort of general idea and shifting him a bit, perhaps not making him the literal devil or even mashing the villain up with Nightmare to create some sort of variant version.

Whatever the case, Smith isn’t the only person who thinks the “Yo-Magic” commercial and even Pietro are pretty big clues that Pietro is representative of the villain whoever he is. Daily Distraction host Chris Killian noted that both Pietro and the shark use the same “little dude” slang. Coincidence? Maybe, but this is Marvel after all, and there’s no detail too small.

The first six episodes of WandaVision are now streaming on Disney+.