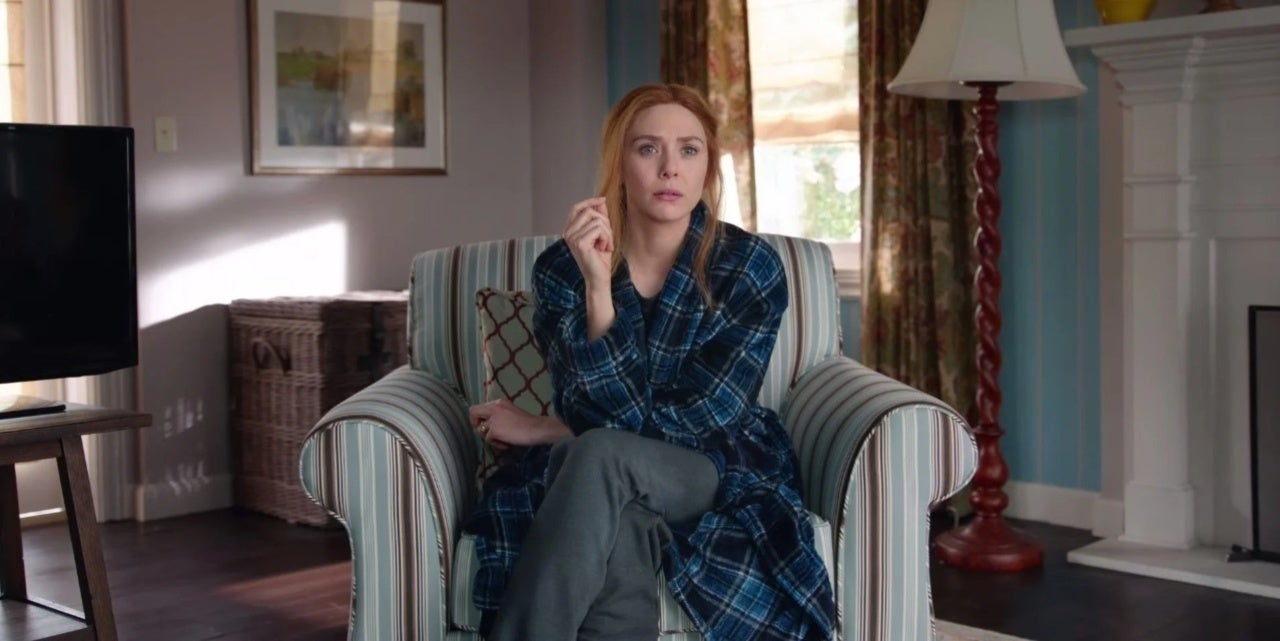 On Friday morning, the seventh episode of Marvel’s WandaVision will be released on Disney+, and fans of the hit series are hoping to get some answers. The show has continued to set up mystery after mystery, and there are only three episodes remaining, so the curtains will have to be pulled back at some point soon. While we all wait to see what happens in the new edition of the series, Disney+ has released a brand new clip from the upcoming episode to tide everyone over.

The clip first appeared on Thursday’s episode of Good Morning America, but Disney+ quickly released it to its social media channels after the debut. The footage shows Elizabeth Olsen‘s Wanda trying to rest and ignore the problems her twin boys are having downstairs. This episode has finally brought the show into the late 2000s, with a full-on Modern Family aesthetic. Take a look!

Rest your eyes on this brand-new clip from the seventh episode of @MarvelStudios‘ #WandaVision, streaming tomorrow on #DisneyPlus. pic.twitter.com/QJDEq8AJgs

While he may not appear in the clip, many fans have spent the week wondering what will become of Pietro as the series goes on, and if Episode 7 will offer more insight into his true identity. In a recent interview, WandaVision head writer Jac Schaeffer talked about bringing Evan Peters’ Pietro onto the show.

“We loved the idea of [bringing him back],” Schaeffer told Marvel.com. “And then we were like, how in the world are we going to make this make logical sense? Like, how do we justify this? Because that’s the thing, you can hatch a million great ideas, but to make them land, to make them be grounded, to make them feel organic to the larger story.

“This show is such a mind scramble, and because it’s working on so many levels, and there’s so many notions of what’s real and what’s not, and performance, and casting, and audience, and fandom, and all of that, we just thought it would be the biggest thrill to bring Evan over to the Marvel Cinematic Universe.”

There are a lot of questions that need answers before WandaVision concludes its nine-episode run next month. Some of those answers may come in Episode 7, but we’re all prepared to wait another week or two for any real information.

Are you looking forward to the new episode of WandaVision? Let us know in the comments!