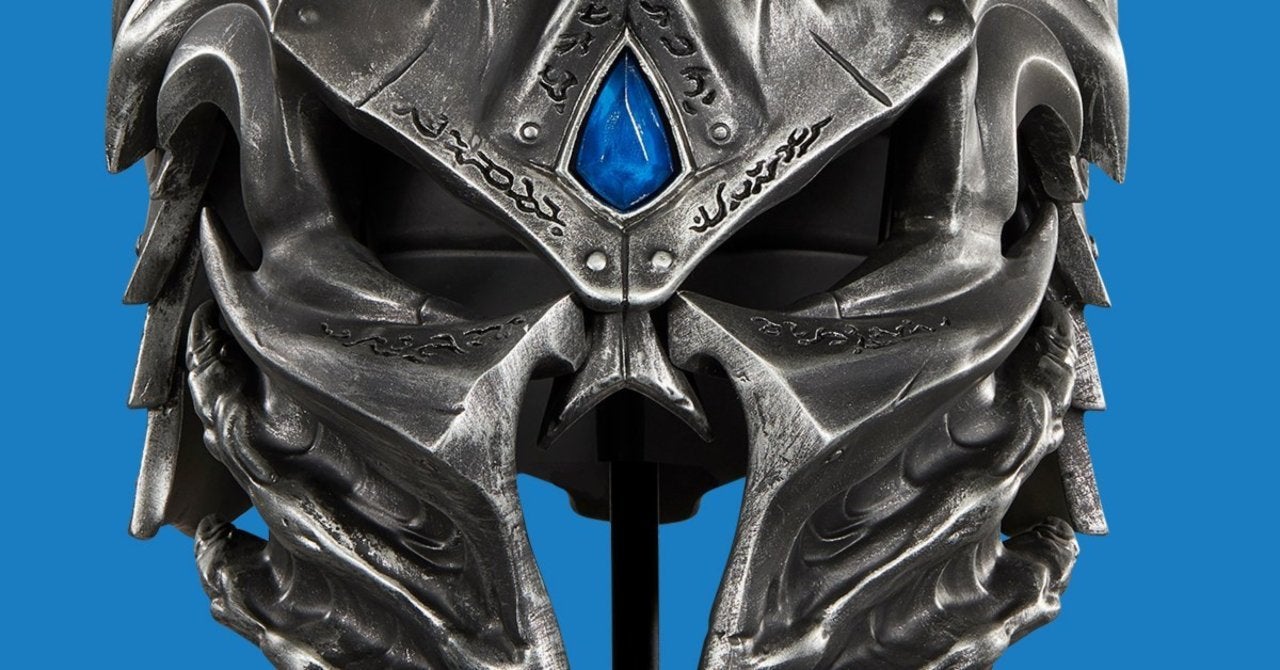 Blizzard is set to kick off their BlizzConline event today, February 19th starting at 2pm PST / 5pm EST, and it promises to deliver some exciting news for World of Warcraft, Hearthstone, and Diablo fans. In addition to the news, tons of new merch will launch in celebration of Blizzard‘s 30th anniversary, including a limited edition pin, exclusive puzzle, art print, gaming desk mat, journal, lanyard and outerwear. There will also be new books, plush, and the Arthas Helm of Domination Blizzard exclusive replica. Here’s everything you need to know…

Blizzard has announced that the Arthas Helm of Domination Blizzard exclusive replica will be available to order here at the Blizzard Gear store starting at 3pm PST / 6pm EST today. Presumably, the rest of the items outlined here will also be available to order at that time. Additional details are available below, along with a gallery of images.

According to Blizzard, the Arthas Helm of Domination Blizzard Exclusive Replica measures 17 inches tall in the stand. “Forged according to the Jailer’s will, the Helm of Domination was to be the vessel of Death’s influence on Azeroth. The Nathrezim imprisoned the spirit of the orc chieftain Ner’zhul within the helm, granting him command over a vast army of undead Scourge. The fallen Prince Arthas Menethil freed the Helm from the Frozen Throne, donning it to take up the mantle of the Lich King.”

Finally, keep your eyes open for the Purple Murloc Plush!

Prices for these items weren’t available at the time of writing, but all will be revealed here at the Blizzard Gear store starting today, February 19th at 6pm EST. You can take a closer look at the new items in the gallery below.

The Art of Hearthstone Volume IV: Year of the Raven

World of Warcraft: Grimoire of the Shadowlands and Beyond