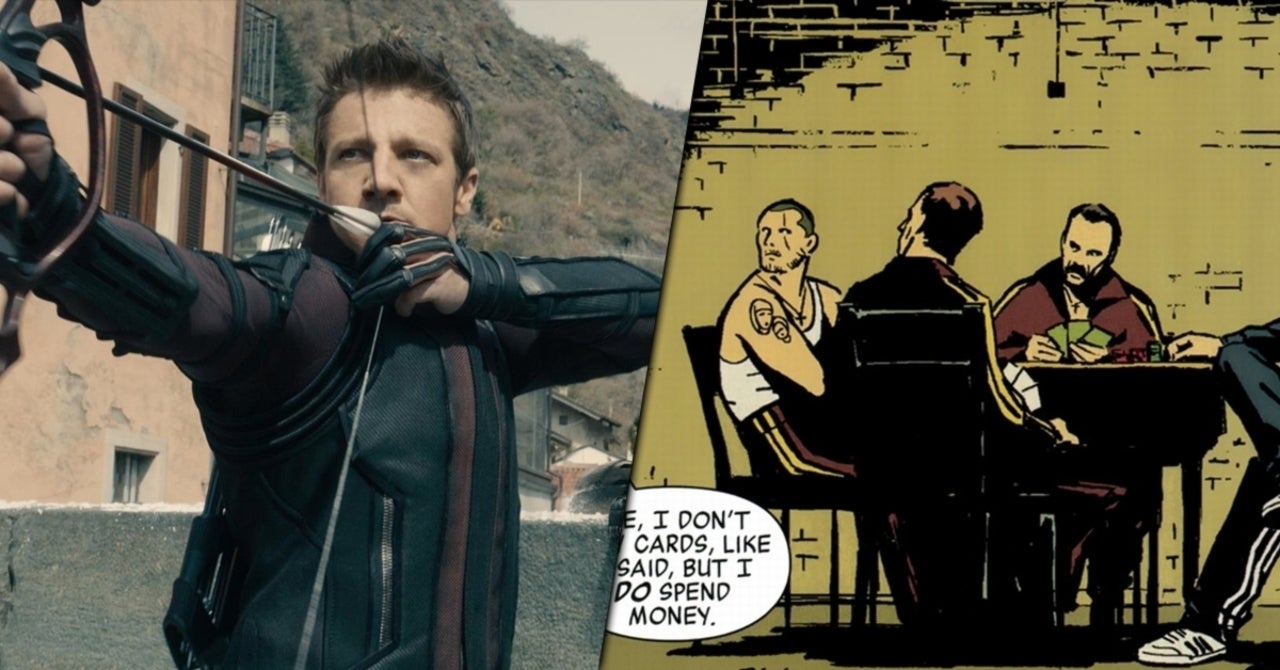 The Tracksuit Mafia has arrived, bro! Filming on Hawkeye continues in Atlanta and thanks to paparazzi in the Peach State, the latest batch of snapshots from the set show the antagonistic group in its full tracksuit glory. The group from Matt Fraction and David Aja’s beloved comics appear in a few of the latest set photos obtained by JustJared, showing three members of the group in flashy red tracksuits.

Though the antagonists — villains, if you will — aren’t really a household name like Thanos or Hela, the group has become a fan-favorite for their overuse of the word “bro” and their super grounded nature. For what it’s worth, Hawkeye himself dubs the group the “Tracksuit Draculas” in the same run, though the Mafia counterpart has become much more well known.

Well, here are the bad guys that Kate Bishop and Clint Barton will be shooting at in the show.#Hawkeye #Marvel #Disneyplus pic.twitter.com/S51Hz2EdEK

The series has been in production — both in New York City and Atlanta — since November last year and is expected to continue with principal photography for the next month or two.

Like WandaVision, The Falcon and the Winter Soldier, and all the other shows to come before, Marvel Studios is still giving the street-level heroes of Clint Barton (Jeremy Renner) and Kate Bishop (Hailee Steinfeld) the same attention it does tentpole features.

“We’re treating our shows as if we’re making our features,” Hawkeye producer Trinh Tran previously told ComicBook.com of the production value behind Disney+ shows. “I mean, the feel and the quality of those TV shows are going to be like the Marvel movies that you’ve seen. So that’s always been [Marvel Studios president Kevin Feige]’s mindset of let’s make sure that when people are going to be watching these episodes, it’s going to feel like it’s just one long movie except rather than two-and-a-half hours, it’s going to be much longer. And the idea behind certain characters getting their shows is because we’ll have a lot more time to be able to develop these characters rather than the shorter.”

Hawkeye is expected to hit theaters later this year.

What other surprise characters do you think could make an appearance in the upcoming series? Let us know your thoughts either in the comments section or by hitting our writer @AdamBarnhardt up on Twitter to chat all things MCU!