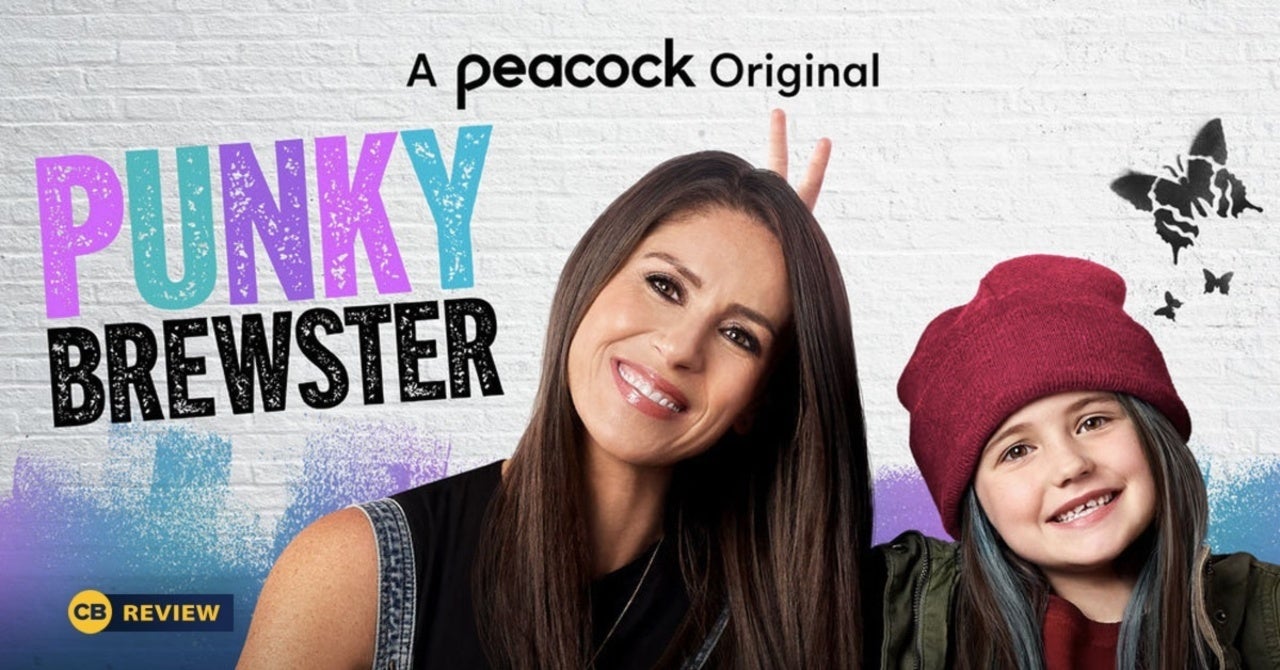 Nostalgia can be a powerful thing, especially in this day and age. Shows we grew up with aren’t relegated to just fond memories and scattered YouTube clips any longer, and while it doesn’t always work out, the chase to recapture a show’s original magic has already produced some delightful results. Peacock’s Punky Brewster embodies the latter, bringing back its cast of beloved characters but more importantly its ability to explore more mature topics such as homelessness, abandonment, divorce, identity, and foster care in a classic sitcom-style. That’s what made the original Punky resonate with audiences, and the show’s heart is alive and well in the revival.

Perhaps the most important aspect of a successful revival is capturing the essence of what made the original so beloved, and in Punky Brewster’s case, it was a heartfelt story about an abandoned child finding a new family in a most unexpected way and place. It was a story about two people who brought out the best in each other, and the revival smartly makes those elements central to its core as well.

Soleil Moon Frye returns as Punky and feels as if she never left the role. You believe from the outset that this is Punky through and through, though it’s less about the more obvious callbacks (the different colored shoes, the Punky dances, catchphrases, etc) and more about how she interacts with the stellar cast that includes Cherie (Cherie Johnson), Travis (Freddie Prinze Jr.), Hannah (Lauren Lindsey Donzis), Diego (Noah Cottrell), Daniel (Oliver De Los Santos), and of course, Izzy (Quinn Copeland).

Each character brings something unique to the mix, but over the course of the first six episodes, there are three dynamics that stand out most. Punky’s relationship with Izzy is the absolute heart of the series, allowing us to revisit the original series’ themes through a modern lens. More importantly, it allows viewers to explore those themes in a way the original rarely could, as Henry wasn’t able to relate to Punky on that level because he didn’t have those experiences. Such is not the case for Punky and Izzy, and that’s why the revival works in a way the original never could. These moments aren’t the most subtle, but it doesn’t mean they aren’t incredibly effective, and I cried way more than I’d like to admit…I mean, I just did admit it, so there ya go.

One such moment comes in the very first episode, and for those who remember how emotional the first few episodes of the original series were, you’re going to grab the Kleenex for this one too. Punky is very much a traditional sitcom, laugh track and all, but even some of the more mundane elements can’t take away from the weightier moments in each episode.

For example, one episode has Punky and Travis delivering a very sitcom-style parental lesson to the kids by having everyone sit in the car without their phones, attempting to teach them about how much they have and addressed their spoiled behavior. We’ve seen this style of parental lesson in other comedies plenty of times, but it’s the conversation that happens between Izzy and Punky that makes it stand apart. After an offhand comment from Izzy about being pretty comfortable in a car for the night, a conversation about cars being warm and safe places to sleep happens between Izzy and Punky, opening the door for a greater discussion. Sure it’s a “lesson” so to speak, but the children come to their own conclusions on it rather than Punky explaining it to them, and it’s not a conversation you usually see discussed in this format at all. The original never shied away from topics like this, and the revival embraces that approach wholeheartedly.

As important as Izzy is to the series, it wouldn’t work without Donzis’ Hannah either. Punky’s relationship with her daughter is actually one that many only children will recognize. Punky and Hannah have their typical mother daughter conflicts, but more often than not they are working together and discussing topics like her dad’s role in the family, Punky jumping back into the world of dating, and even parenting, including some sage advice regarding Daniel. You typically only see this when the parent is useless and the child has to essentially raise them, and thankfully that’s not the case here, though that doesn’t mean Hannah won’t call out things she notices along the way in both of her parents.

That brings us to Travis, and like Hannah, Prinze Jr. and Frye put a twist on the typical divorced parents. Punky and Travis get along quite well after splitting up, and the banter between them and their children is lovely, but you still see the issues that broke them up explored throughout the series, and most of the time it’s Hannah and Izzy that bring them into the light. Travis and Izzy are amazing when they’re in scenes together, and Izzy’s bluntness allows us to see how much Travis has and is changing from the father he was. The same goes for Hannah, who loves her dad but also looks to protect her mom from getting into another relationship like the one she had with her dad because of what happened. It’s the fact that this is all out in the open that is so refreshing. There’s not a lot of soap opera drama here, and Travis owns those earlier decisions in a very pragmatic and honest way. There is the hint of will or won’t they get back together of course, but it’s far from the focus.

All of those elements are wonderful, but there are some aspects that need to be tweaked and fleshed out. When the show isn’t dealing with its primary focus or the various relationships, the dialogue just isn’t very memorable. This happens quite a bit earlier in episodes before the plot has really started to kick in, so either that plot just needs to kick in immediately or the jokes just need to step up their game moving forward.

The other main issue relates to those nostalgic elements from the original series. The heart of the original is here in spades, and the first episode does a lovely job of presenting things like Henry’s picture, the apartment he left them, and her different colored sneakers. It’s all part of showing where Punky is now but reminding you that she is the character you remember, which is fine. Throughout the rest of the show though, those moments come across as far more forced, and they stick out because it honestly doesn’t need them. The stage is set quite well in the first episode, and it’s her backstory and experiences and how she relates them to Izzy, Travis, and the children that capture the original’s magic. The sooner it ditches the forced callbacks the better. That said, I wholly support keeping Holy Macanoli, because it just works.

Despite those issues, the heart of the original series is delightfully intact, and the new elements they’ve added help shine a light on what we loved about it back when it debuted. A sweet story of love, hope, and overcoming life’s obstacles is at the center of Punky Brewster, and it’s not afraid to delve into weightier topics along the way. That’s when it’s at its best, and while the sitcom wrapping needs refinement, the heart will leave you coming back for more.