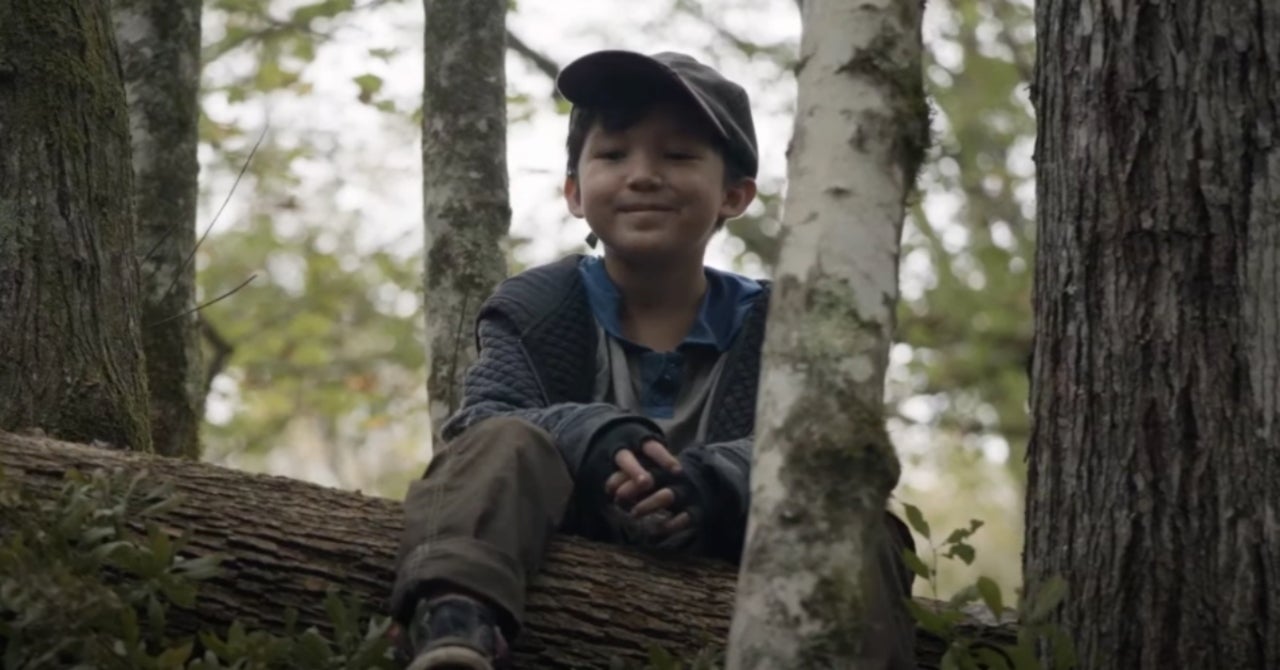 The Walking Dead‘s extended Season 10 gets a “freaking adorable” addition in pint-sized survivor Hershel Rhee (Kien Michael Spiller), the now eight-year-old son of Maggie (Lauren Cohan) and Glenn (Steven Yeun). The baseball cap-wearing grandson of Hershel Greene (Scott Wilson) returns alongside his mom in “Home Sweet Home,” Little Hershel’s first episode of The Walking Dead since Season 9’s “The Obliged,” where he was Baby Hershel (Peyton Lockridge). In the Season 10C premiere airing February 28, the Rhees’ homecoming is spoiled by Maggie’s unexpected encounter with Negan (Jeffrey Dean Morgan), her husband’s killer, and then by an unseen and unknown enemy that emerges when a mission with Daryl (Norman Reedus) goes awry.

“Little Hershel is freaking adorable. The young actor, he’s great,” showrunner Angela Kang said of newcomer Kien Michael Spiller during the Walking Dead Extended Season 10 Preview Special. “I think he’s really this wonderful mix of the characters Maggie and Glenn. I feel like his vibe, it’s a very Maggie-like vibe where still waters run deep and there’s sort of like a zen seriousness to him. And yet there is this rascally side too that I think is very reminiscent of Glenn, and I think in that way, it’s really lovely to have young Hershel finally be really part of our cast and able to interact with his mother in a different way.”

Kang added, “I think people will enjoy him, hopefully, as much as we really love having him.”

Viewers will learn more about Maggie and Hershel’s years on the road in “Home Sweet Home,” set in the aftermath of the Whisperer War that left their home at the Hilltop colony in ashes. With nowhere else to go, the Rhees will have to co-exist with Negan, the “bad man” whose life sentence was commuted by Carol (Melissa McBride).

“Negan definitely has a soft spot for the younger generation, and we’ve seen that numerous times. I think he has a relationship with young kids that is very honest, and I don’t think that he would shy away from letting this kid know who he is, and try to work through it,” Morgan said over the summer about a potential bond between Negan and Hershel. “I think that may be a way — we’ll see, I’m not a writer on this show — but that may be a way that Maggie sees a different side of Negan, as well. I think initially she’ll just want to kill him, but we’ll see what happens.”

Season 10 of The Walking Dead returns with six all-new bonus episodes Sunday, February 28, on AMC. Follow the author @CameronBonomolo on Twitter for all things TWD.