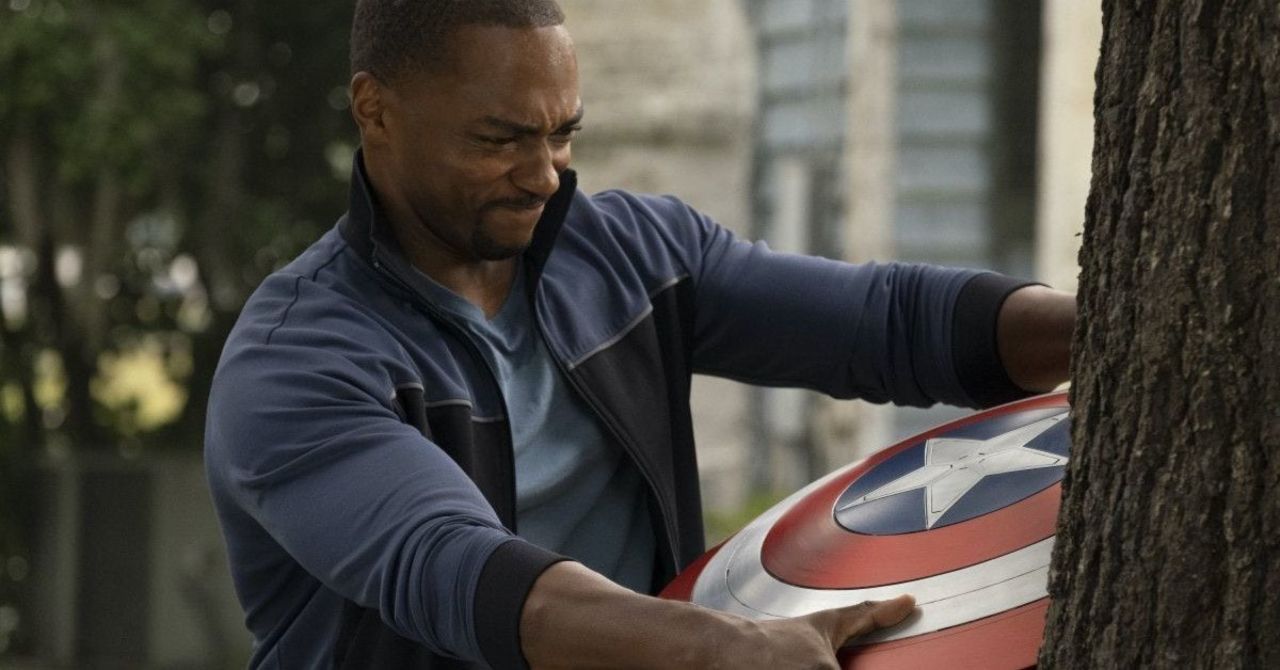 The Falcon and the Winter Soldier debuts on Disney+ next month and — as seen in new photos — it will see Sam Wilson, a Black man, taking up Captain America’s shield. This comes at a time where the United States’ struggles with racism are at the fore of the national conversations thanks to the Black Lives Matter movement. The thematic resonance there isn’t lost on The Falcon and the Winter Soldier‘s showrunner Malcolm Spellman. “It’s funny, because if someone asked me, ‘In a million years, could you have ever predicted what was going on?’ I’m like, ‘Yeah, I’m black,'” Spellman tells SFX Magazine. “We are uniquely qualified to diagnose this country and have a sense of where it’s going. And Nate is black and he’s one of their most senior execs, so he was the perfect partner for me.”

The Falcon and the Winter Soldier also delves into the societal aftereffects of “the blip.” Spellman sees parallels to reality there as well.

“There’s no hiding from the fact that four billion people in the MCU disappeared for five years, and then came back. And our show picks up from there and directly talks about what the world feels like to be in flux and dealing with one global issue,” he says. “When the pandemic hits, and the entire planet has to come together and deal with it, the synergy there is perfect.

“The same thing with the issues of a black man confronting that shield. The stories have been out there. They’ve been in our face forever. There’s no avoiding it, and Marvel doesn’t ask you to avoid it. What they do ask you to do is never burden the storytelling. Let the storytelling be energetic and fun and aspirational, and within that, be honest and be truthful.”

The Falcon and the Winter Soldier follows the Avengers: Endgame as Sam struggles to live up to the legacy of Captain America left behind by Steve Rogers. Matters only get worse when another would-be successor, John Walker (Wyatt Russell) emerges. Meanwhile, Baron Zemo returns and the anarchist group called the Flag-Smashers takes action. Sam and Bucky will have to work together if they’re going to accomplish what their mentor would have done.