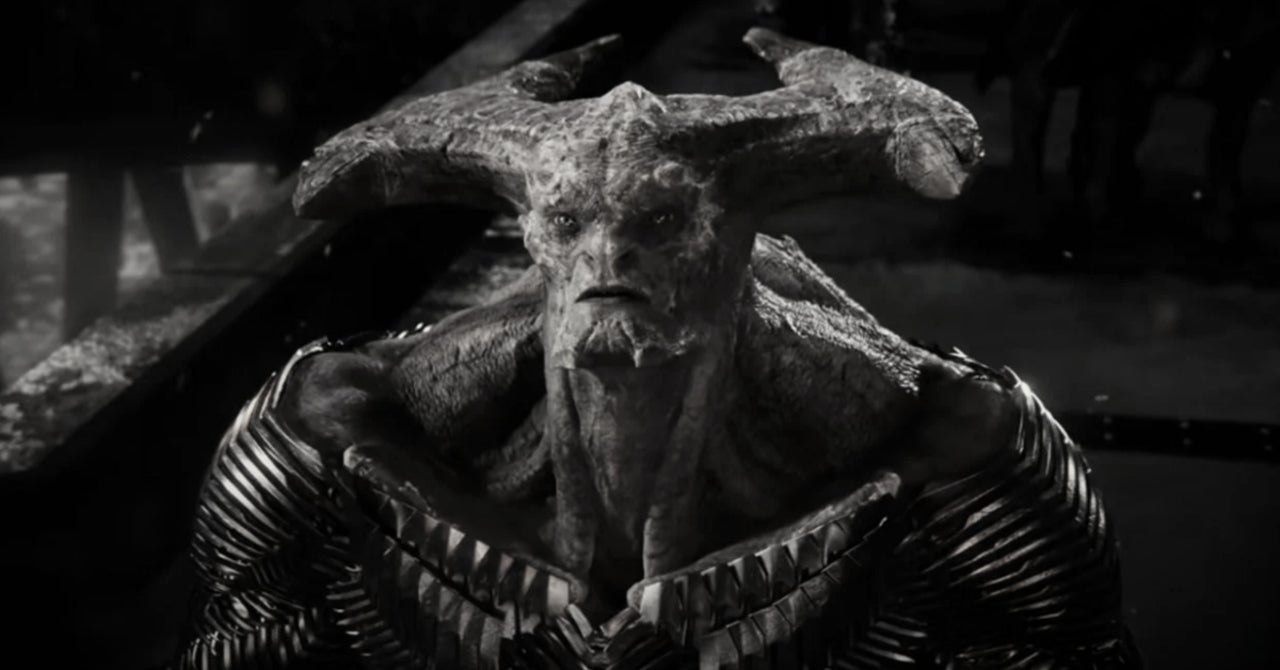 The villain Steppenwolf (Ciarán Hinds) sheds his razor-sharp armor in a behind-the-scenes look at the creature design of Zack Snyder’s Justice League. In the coming director’s cut from Man of Steel and Batman v Superman: Dawn of Justice filmmaker Zack Snyder, the redesign restores the thorny look of the character as he first appeared in a projection witnessed by Lex Luthor (Jesse Eisenberg) in the “Communion” scene from the Dawn of Justice Ultimate Edition. Ahead of the Apokolips general’s R-rated return in the Snyder Cut, concept artist and creature designer Jerad S.Marantz reveals armored and unarmored looks at Steppenwolf in Zack Snyder’s Justice League:

Publishing a turntable of the CG creature’s physique without armor, Marantz writes on Instagram:

This is the actual model that I turned over to production back in the days of #justiceleague . I was really surprised when I saw him in the pool with Lex. Went on a bit of a journey with the characters horns. Originally I had done a hammerhead option. If you look at the art of book you can actually see other artists incorporating that version of the design into other concepts and keyframes. There was a video game that came out at the time with a character that had hammerhead horns and though I don’t remember what the game was I had to change them. I really love these horns and they tie more into the new 52 version of the character.

“To be able to actually fully celebrate with everybody who has waited so long and worked so hard to see this film, I’m proud of it,” Ray Porter, who plays Steppenwolf’s nephew and Apokolips ruler Darkseid, previously told LightCast about appearing opposite Hinds in the restored version of Justice League. “I’m proud of having done this part, I’m proud to have worked with the people that I worked with, I’m proud to know Zack and [producer] Deborah [Snyder], they’re two of the greatest people you would ever want to meet. I got to act with Ciarán Hinds, what!”

And Hinds, whose computer-animated character looks and acts differently than he did in the version of Justice League released in 2017, told NME of Snyder, “It was his dream to rrealize [the Snyder Cut], and I think it’s fantastic that he’s got this opportunity to rrealizewhat he wanted to do in the first space. He has the chance to recreate what he wanted to do and I hope it stands up to the trial it’s been given.”