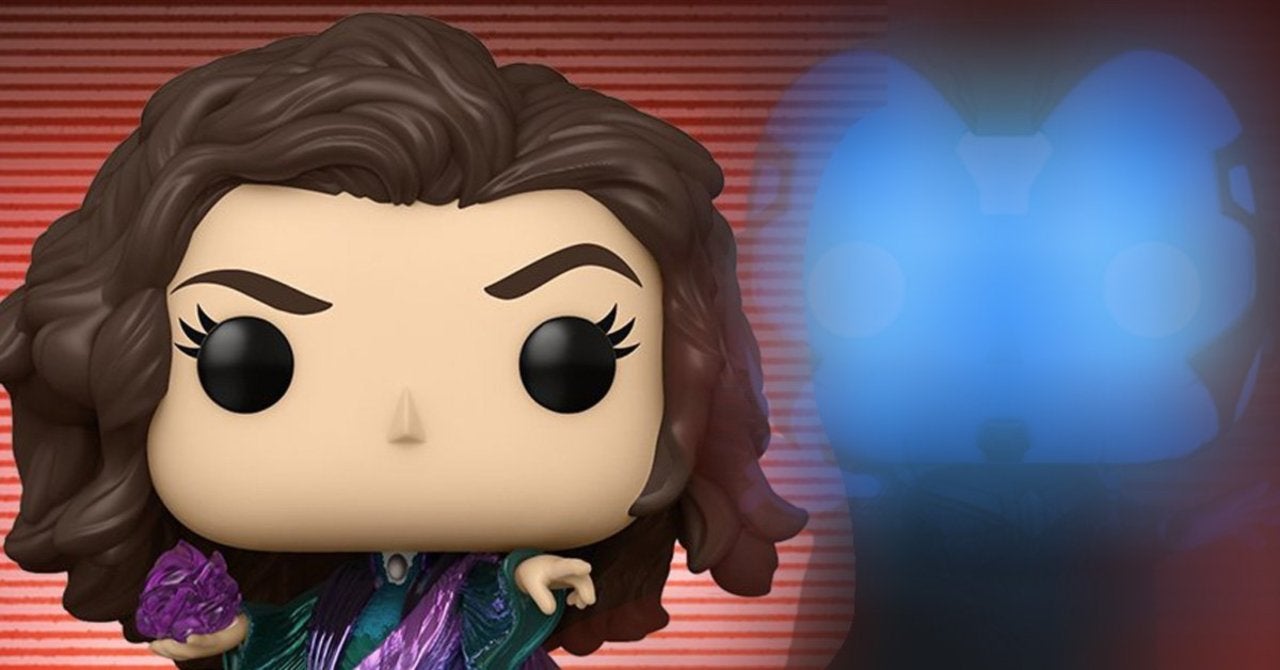 Following the the penultimate Episode 8 of WandaVision on Disney+ last week, Funko dropped the biggest Pop figures in the lineup to date – Agatha Harkness and the surprise version of Vision! Pre-orders are live now, but be warned – spoilers follow.

The Agatha Harkness Funko Pop is the first Agnes/Agatha figure in the series, and it’s appropriate that it fully reveals the character. It was Agatha all along indeed! As for Funko’s The Vision Pop figure, it features the white version of the character from the comics that debuted in the shocking post credits scene from Episode 8. White Vision was created by SWORD using Vision’s corpse, which sets up an interesting situation for next week’s series finale to say the least.

Pre-orders for the Agnes and The Vision WandaVision Pop figures are live now here at Walmart and here at Entertainment Earth. Walmart is also home to an exclusive version of White Vision that glows in the dark (pictured below) – though that figure was not available at the time of writing. Keep tabs on the Walmart link for stock to go live.

On a related note, the most unique product to come out of Marvel’s WandaVision lineup to date is a wedding rings prop replica 3-piece set. They’re accurate reproductions of the props used in the Disney Plus series.

Wanda’s two rings are an approximate fit for a women’s size 7, while Vision’s ring fits a men’s size 10. All three rings are made from stainless steel. Pre-orders for the WandaVision wedding ring set are live right here at Entertainment Earth for $59.99 with shipping slated for April. This is an exclusive release, so grab them while you still can.

The first 8 episodes of WandaVision are now streaming on Disney+. The 9th and final episode airs on March 5th.