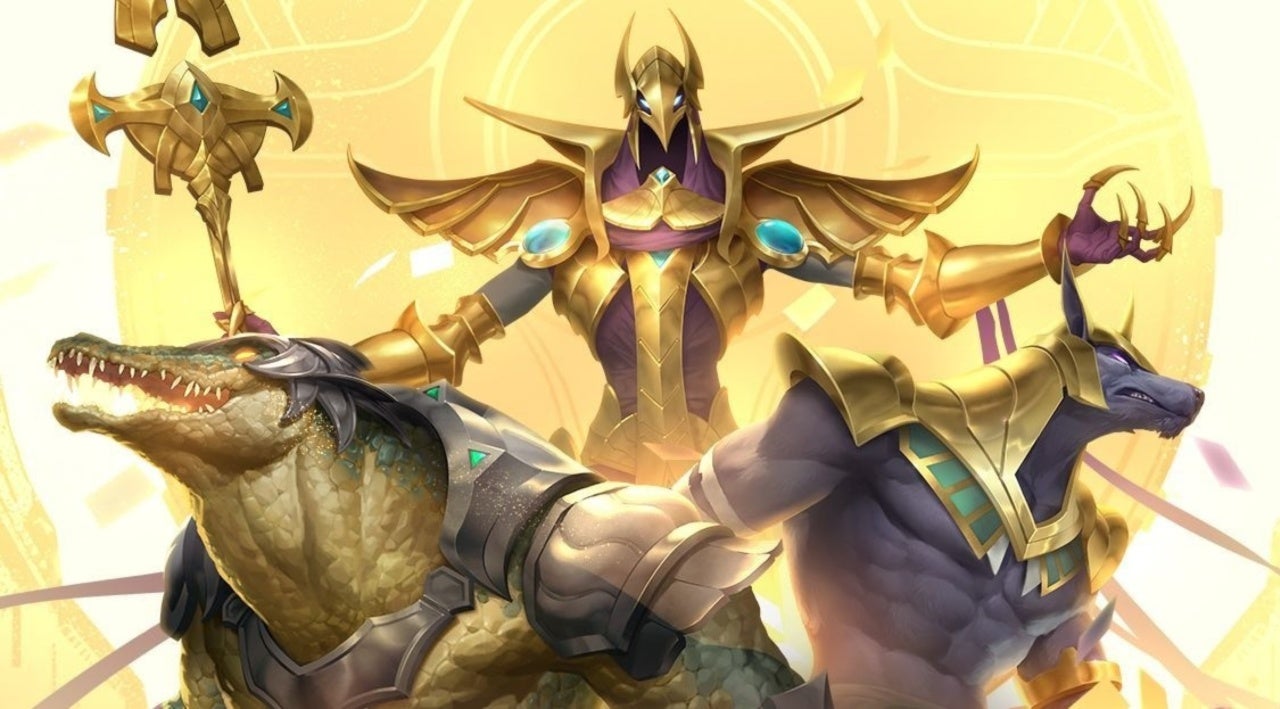 The popular digital card game Legends of Runeterra is expanding into the desert region of Shurima. “Empires of the Ascended” will officially launch tomorrow, bringing new cards and game mechanics along with providing updates to just about every corner of the game. The big draw of “Empires of the Ascended” is the 110 new cards, including 9 new champions. The Shurima cards in particular are built around three themes – time and inevitability, the glory of the Ascended champions (a specific sub-class of card), and the grandeur and brutality of the desert region.

In Runeterra lore, Shurima was once a powerful civilization that spanned an entire continent. Created by Ascended God-Warriors, Shurima thrived for thousands of years until the country’s last emperor failed to ascend and led his country into ruins. Some champions of the region try to etch out a living in the harsh and unforgiving desert, while others hope to restore Shurima to its forgotten glory.

In addition to adding the first set of cards for the Shurima region, “Empires of the Ascended” also adds three new keywords, each of which add new card mechanics and rules to build decks around. “Countdown” acts as a timer of sorts, with cards and landmarks activating once a certain number of rounds have passed. “Predict” allows a player to look at the top three cards on their deck and re-arrange them, granting them a measure of control over their upcoming turns. Finally, “Reputation” activates certain functions if a player’s allies have struck for 5 or more damage at least 4 times during a game.

In addition to the new cards, the new Legends of Runeterra also adds new archetypes (bundles of cards) to the game’s popular Expedition mode, as well as a PvP version of its United Front Lab (an experimental mode where two players work together and take turns playing cards against a common enemy), and kickstarts a new season of ranked play. The game is also adding a variety of new emotes, card backs, and other premium options.