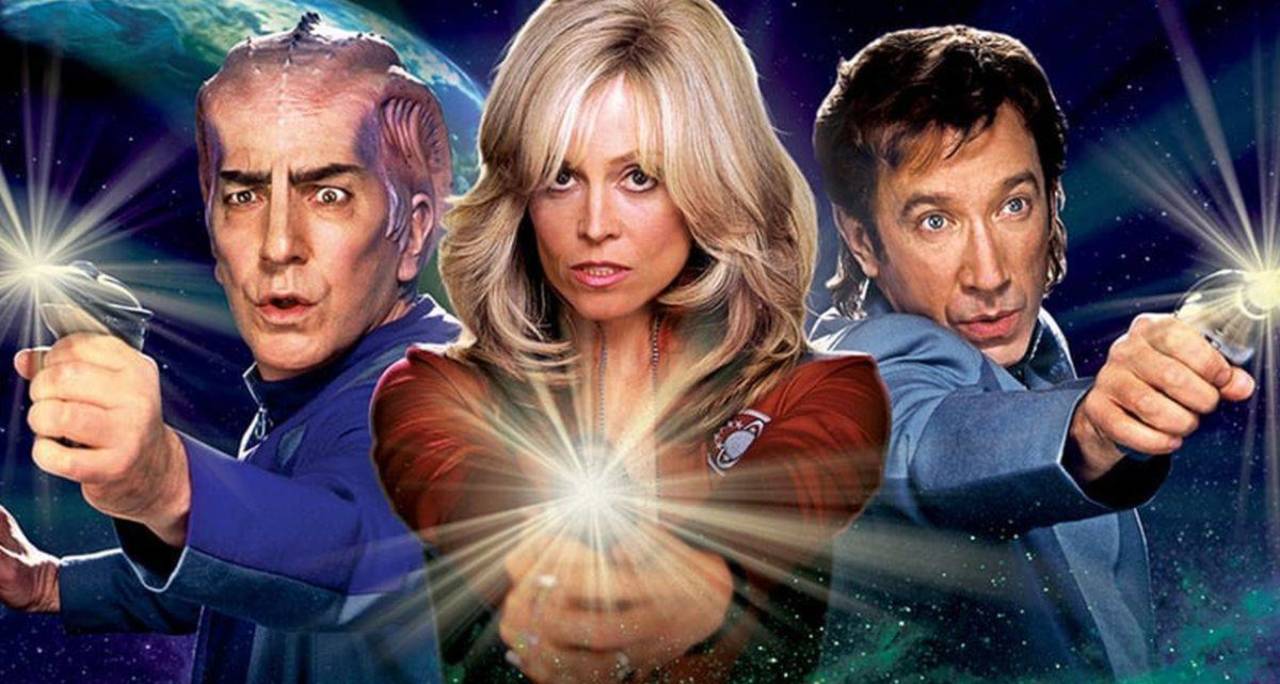 A modest success upon its initial box office release in 1999, Galaxy Quest became an instant cult classic, beloved by casual fans and hardcore Star Trek nerds alike, who at one point voted the parody to be one of the best Star Trek feature films…an opinion held by the folks over at Honest Trailers. The film, which centered on a group of actors who were on a Star Trek-like TV show, saw them kidnapped into space to help a race of besieged aliens who believe them to be actual heroes, rather than self-involved, over-the-hill performers. Think of it as Three Amigos in space.

The film starred Tim Allen, Sigourney Weaver, Alan Rickman, Sam Rockwell, Tony Shalhoub, Enrico Colantoni, Missi Pyle, and Justin Long, among others. Two years ago, it was the subject of a twentieth-anniversary documentary, in which Star Trek: The Next Generation star Wil Wheaton said that it was, “without a doubt, the best Star Trek movie.” A planned follow-up as a TV series streaming for Amazon fell apart after Rickman unexpectedly passed away, and for a while, it seemed like there was no way to bring the show back. Not so, according to Weaver, who told Collider that things are still happening as far she knows.

“We lost the wonderful Alan [Rickman] unexpectedly, so that was put in mothballs, but I think they are finally now reviving it,” Weaver said. “It will be the story of the old ancient Galaxy Questers being brought into this series with another young cast,” she continued. “I haven’t read them, so I don’t know the details, but I think that everyone in Galaxy Quest would love to participate because it was such a wonderful experience for us. How they will find someone to play Alan’s part, don’t know, but I think that they have a very good idea of who to do it. He’s irreplaceable, eternally. I think there may be good news on that front, but I haven’t heard about it in these six months, so when it’s gonna happen, I’m not sure.”

“It’s a fabulous script,” Allen recently said, “but it had a hiccup because the wonderful Alan Rickman passed. So it all got very sad and dark because [the script] was all about [Lazrus] and Taggart. It was all about their story. It doesn’t mean they can’t reboot the idea, and the underlying story was hysterical and fun….I haven’t reached out to anybody in the last week, but we talk about it all the time. There is constantly a little flicker of a butane torch that we could reboot it with. Without giving too much away, a member of Alan’s Galaxy Quest family could step in and the idea would still work.”

The film hailed from director Dean Parisot, who had a big critical and commercial hit in 2020 with Bill and Ted Face the Music.

Are you interested in more Galaxy Quest without Alan Rickman? Sound off below.