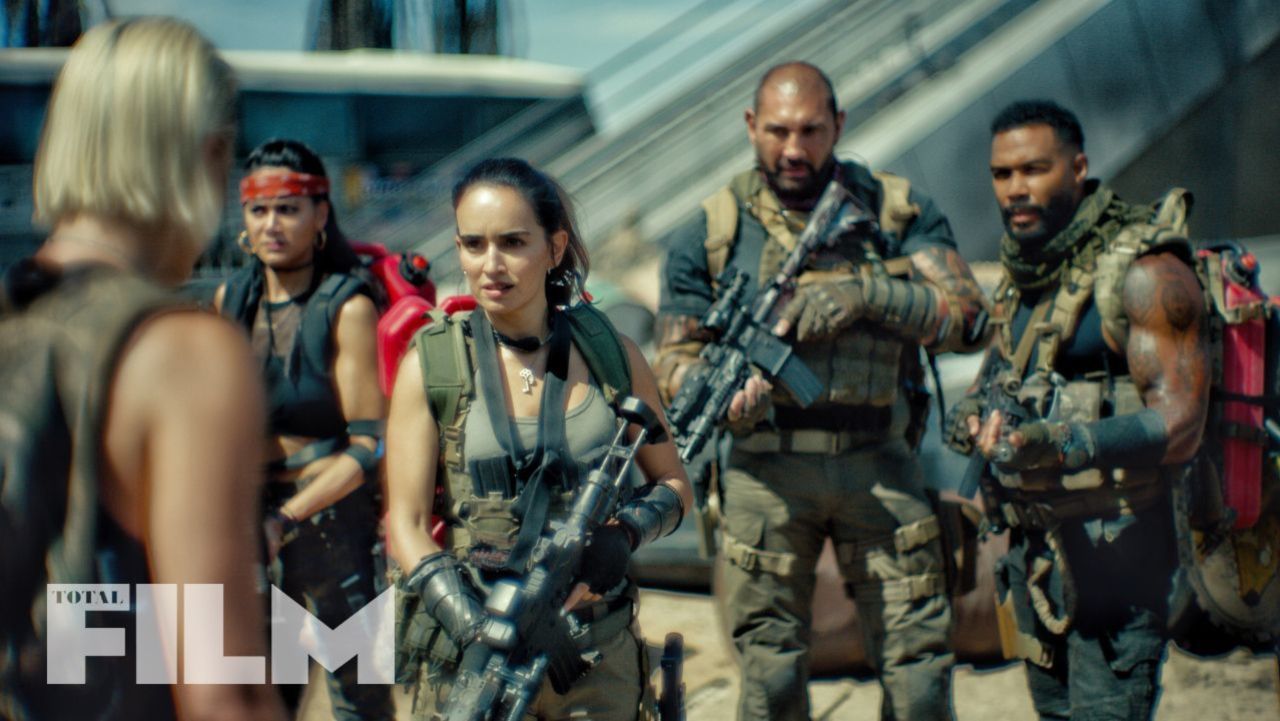 Zack Snyder’s Army of the Dead continues to chug, relatively quietly, along in its initial promotional campaign, humming in the background as the monoloith that is Zack Snyder’s Justice League takes up most of the air in the room. Still, the film Snyder calls his “small movie” — small enough to inspire spinoffs and an animated prequel — dropped a new look in Total Film today. You can see the image above, giving a sense for the military precision with which the film’s heroes are going to work their way through a zombie-infested world. It’s a far cry from Snyder’s Dawn of the Dead, with a makeshift group of mostly-unarmed civilians.

Recently Snyder said that filming Army of the Dead has been one of his best filmmaking experiences ever as it’s allowed him to step behind the camera again.

“When I made TV commercials, I was the director-cameraman. You know, for 12 years, and pretty much not every job but most of the jobs I shot myself. And I just really enjoy it,” Snyder said while speaking to the I Minutemen YouTube Channel. “And really, part of the reason is that you know, the bigger the movies got, the further away you get from the camera. The more infrastructure there is between you and the sort of cinematic experience. You don’t touch the world as closely.”

The first teaser trailer for Army of the Dead arrived last week, revealing the May 21st release date for the zombie heist film, but also revealed that the first teaser would be arriving online as well. Set to debut on Netflix, Army of the Dead is Snyder’s first post-DC project. The film is about a casino vault heist during a zombie apocalypse and stars Guardians of the Galaxy star Dave Bautista as the leader of group. The film also stars Ella Purnell, Ana de la Reguera, Garret Dillahunt, Raul Castillo, Omari Hardwick, Hiroyuki Sanada, Tig Notaro, and Matthias Schweighofer.

Are you excited for Army of the Dead? What do you think about this first trailer for the zombie heist film? Let us know in the comments!