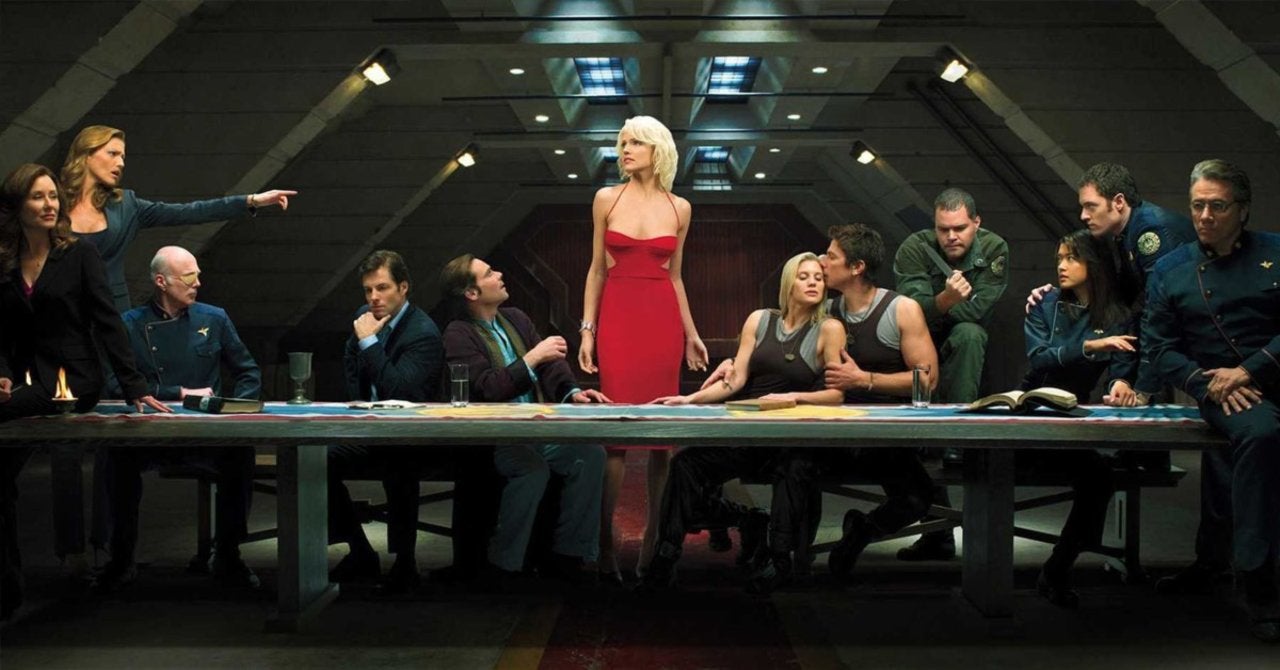 Peacock’s upcoming Battlestar Galactica revival has lost its writer. Michael Lesslie was to write and run the new series under producer Sam Esmail. Deadline now reports that Lesslie has exited the project to pursue an adaptation of the Maddaddam trilogy by The Handmaid’s Tale author Margaret Atwood at Hulu. The Battlestar Galactica project is not a reboot but an expansion of Ronald Moore’s reimaging of the series from the early 2000s. It is presumably in search of a new showrunner as Esmail has said that, while he’s eager to oversee the project, he does not believe he’s the right person to write it or run the day-to-day operations.

“I’m a huge fan of Ronald Moore’s Battlestar, but I don’t know if I’m great at hard sci-fi like that,” Esmail told The Hollywood Reporter last year. “I love it. I’m a fan of it. But I knew early on that we were going to have to bring somebody in to run the room and to write the scripts.”

Esmail also said that the series is pursuing an unconventional release format. “There might be episodes that are longer than others,” Esmail says. “There might be a three-episode arc. There might be a standalone episode that’s a half-hour long. We don’t want to put guardrails up at all. We want to do whatever’s best for each episode. And because I do believe in the episode model, I maybe share the frustration some critics have when showrunners go on and say ‘Well, it’s a 10-hour movie.’ That’s silly. It’s not. What we’re doing here is every episode you have the opportunity to change up the tone, to change up the story, to change up the point of view. So we’re going to lean into that, not shy away from it.”

In another interview, he told Collider, “I can’t tell you the number of episodes, but it’s also kind of a little meaningless because I think we’re gonna look at it as sort of like a spider web where we can plot and point and say, ‘Well this isn’t chronologically after Episode One or Episode Two, it’s the backstory of someone, but let’s release that so audiences can check that out if they want or they can just jump into the battle sequence. We’re really gonna experiment with form in that way, and again I think with a property like Battlestar it lends to that.”

How do you feel about the Battlestar Galactica series at Peacock? Let us know in the comments.