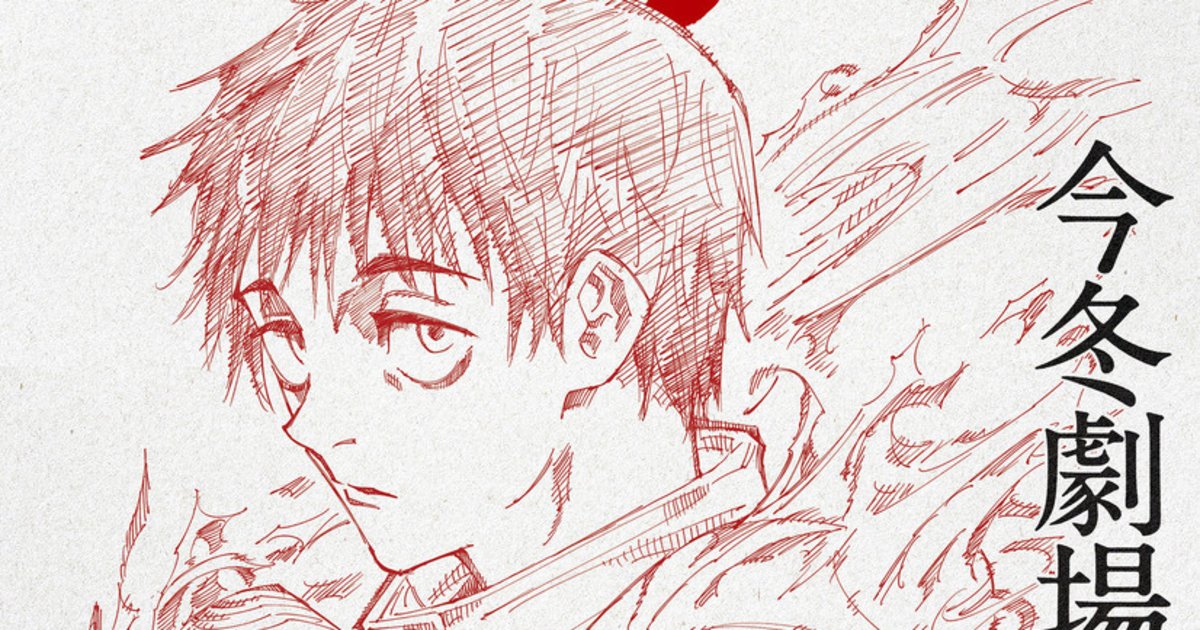 Fantasy manga Jujutsu Kaisen is getting an anime film adaptation by MAPPA set to premiere this winter!

A teaser visual featuring the prequel’s protagonist, Yuta Okkotsu, has been released along with a 30-second trailer showcasing quotes from Suguru Geto and Satoru Gojo. While Geto and Gojo are key characters in the recent TV anime series, this will be Yuta’s first appearance in an anime adaptation.

Originally a manga by Gege Akutami, Jujutsu Kaisen follows Yuji, a high school boy who chooses to join the Occult Research Club, despite his exceptional talent for athletics. When a cursed talisman is accidentally unsealed, Yuji swallows it and becomes the host of the curse, which he must carry until he is able to kill it along with himself.