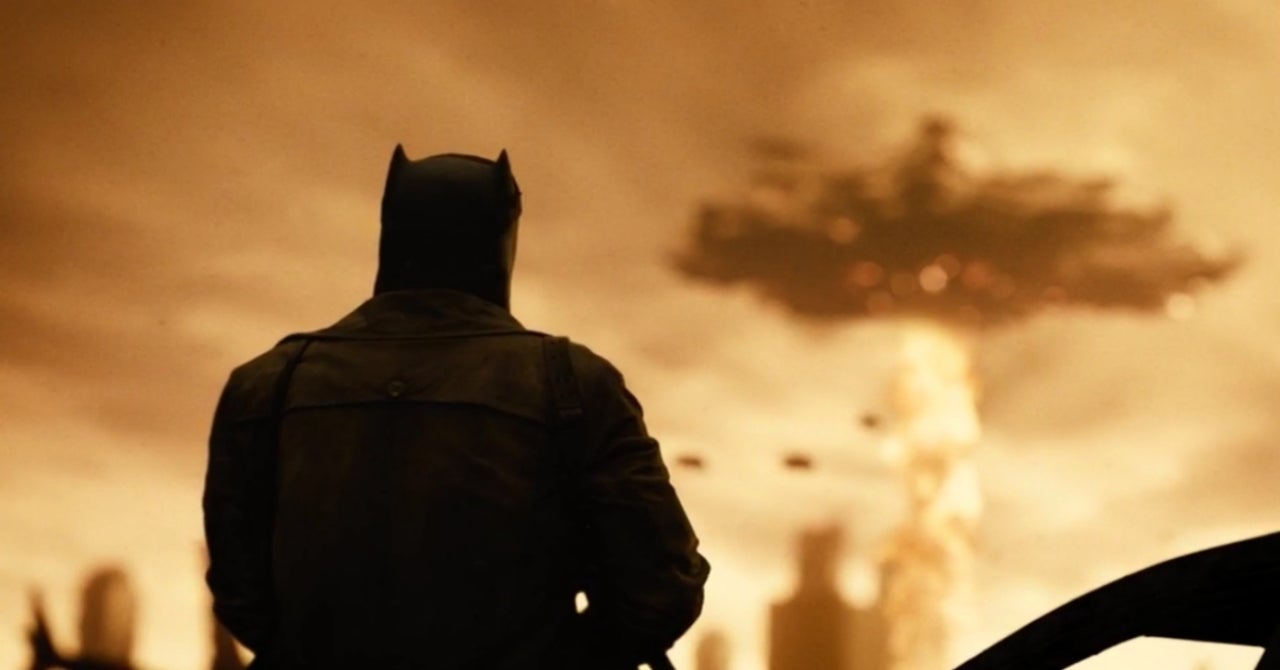 Reuniting members of the Justice League to complete the Snyder Cut was not without its challenges. In October 2020, director Zack Snyder called on a small number of returning cast members and Justice League first-timer Jared Leto to film a brief round of additional photography that would give the Snyder Cut its ending: an epilogue set in the post-apocalyptic Knightmare future ruled by Darkseid (Ray Porter). In the sequence that was not part of Snyder’s original vision for Justice League, an insurgency led by Batman (Ben Affleck) is caught by a red-eyed Superman (Henry Cavill) enslaved by the Anti-Life Equation — a scene that unfolds before Leto’s Joker, who reprised the role for the first time since Suicide Squad.

“It was like jumping back in. I had just done some work for Army of the Dead, which is the movie I’m doing for Netflix, and so I was in full shooting mode,” Snyder told ExtraTV about directing more Justice League for the first time since 2016. “I think the hardest thing was just coordinating all the cast and getting them there. That was the [hardest part], the logistics.”

Snyder’s wife and producing partner Deborah Snyder was the first to reveal that Affleck and Leto filmed their anticipated Batman-Joker confrontation separately because of scheduling conflicts — and the production’s navigation of new health and safety protocols created in response to the coronavirus pandemic.

“I had a great series of conversations with Jared about doing this Joker thing,” the director said, “and we went back-and-forth a bit, but in the end, I think he thought it was a good idea and it was a smart thing to do.”

Batman reluctantly accepts a truce in the form of a Joker card, but it may be too late: an enslaved Superman finds the insurgency consisting of Cyborg (Ray Fisher), Flash (Ezra Miller), Deathstroke (Joe Manganiello), and Mera (Amber Heard).

“Remember from [Batman v Superman: Dawn of Justice], the Joker card was on [Batman’s] gun. You can see that I wasn’t sure whether that story was going to get told,” Snyder added. “But I really felt that was a fun thing to do, and really the main reason I did it, because the big thing that was missing, frankly, in this story was a confrontation between Batman and Joker. That was the real reason I did it.”