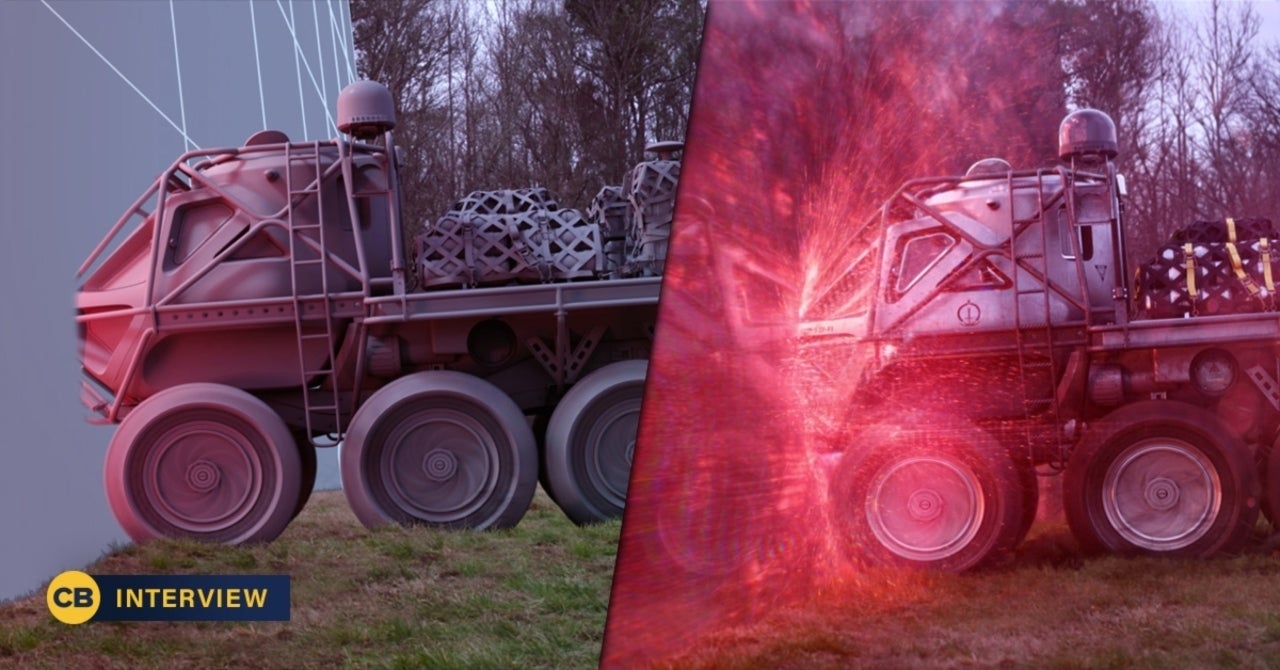 In the year 2021, it’s increasingly challenging to determine what is and isn’t computer-generated imagery. Tuesday morning, we released a piece breaking down the creation of WandaVision’s Westview, a fictional town the Rodeo FX team actually built from the ground up. That same Disney+ series featured a space rover built by SWORD characters in an attempt to bust into The Hex created by the Scarlet Witch (Elizabeth Olsen). Even though Westview was built from the ground up using CGI, there was actually a rover physically built on-set to use whenever necessary.

Speaking with Rodeo FX’s Julien Hery, we found out the WandaVision crew towed around the space rover to use in select shots.

“It was super interesting thing to see,” Hery tells us. “I had the chance to see it on-set. They did build it for real, so that’s the real thing. It’s like three meters high, so more than nine feet. It’s a super big build. It was an awesome craft. The only thing was that it doesn’t drive very fast, and you have to pull it with a car that we had to erase, you know? So we had to make it drive.”

Because the rover was being towed, Hery adds there were some shots the group had to use a CGI in place of the actual build. Those shots mainly had to do with the moments Monica Rambeau (Teyonah Parris) tried driving it into The Hex.

“We had plate references, so they lifted with a crane the rover, and they had it do some actions, but we found that we needed more speed, more violence, and something a bit more struggling, as opposed to something a bit more smooth and a bit heavier,” Hery adds. “What that does, is that it allows us to have control of The Hex. We were in control of the rover, so we could change the camera, and then we can basically add a dollying motion, while also working on the language of the camera.”

What was your favorite moment of the show? Let us know your thoughts either in the comments section or by hitting our writer @AdamBarnhardt up on Twitter to chat all things MCU!