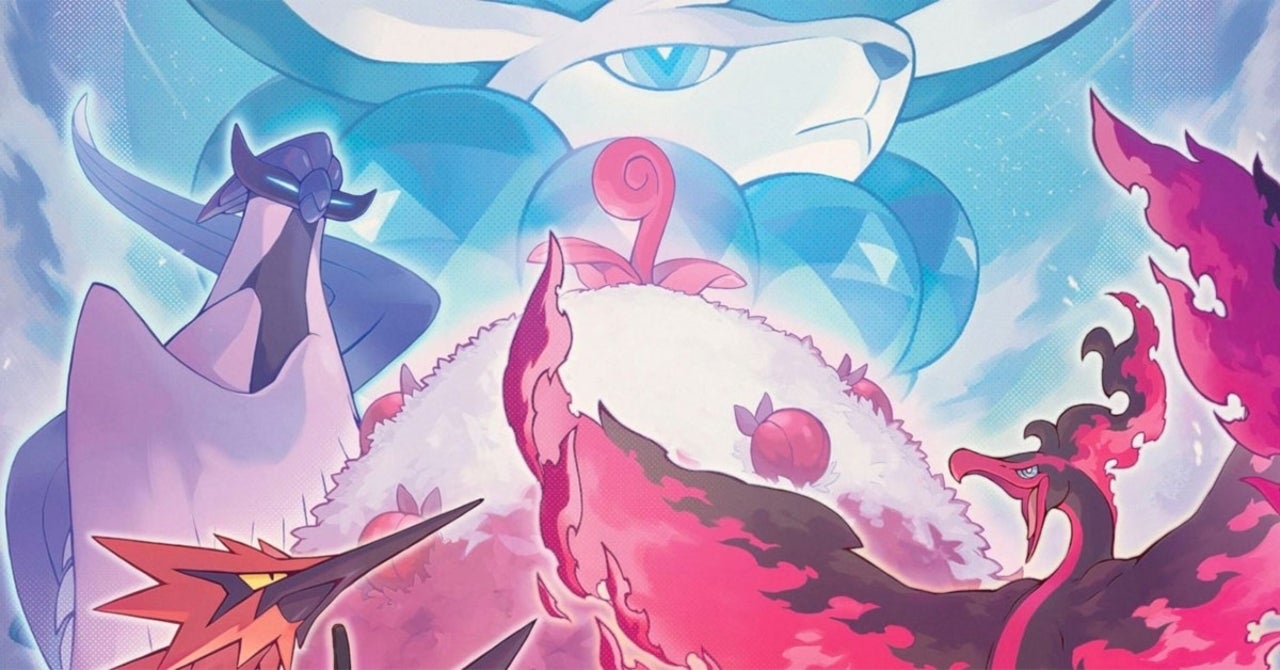 Pokemon Sword and Shield‘s Expansion Pass added a lot of great content to the Nintendo Switch game, introducing players to new areas, and some new Pokemon, as well. Two of these new Pokemon are Glastrier and Spectrier, but a viral theory posits that the two are actually related to a previously revealed Pokemon: the Galarian form of Rapidash! The theory was shared by Reddit user Gamingwithbrendan, who believes that Glastrier and Spectrier were created when a Rapidash got lost in the Crown Tundra and froze to death, resulting in two Pokemon being formed: the Ice-type Glastrier and the Ghost-type Spectrier!

To support their theory, Gamingwithbrendan pointed out a number of details that Galarian Rapidash shares with Glastrier and Spectrier. Rapidash has a similar horn and pointy ears, while Spectrier has similarly long hair. The style is a bit different, but the location on the hooves makes it seem all the more plausible!

All in all, this is a very creepy theory that would add an interesting layer to the Crown Tundra’s narrative. Glastrier or Spectrier represents Calyrex’s steed in Sword and Shield, depending on the choices made by the player (in true Pokemon fashion, the player must trade for the other one). As some Reddit posters pointed out, the theory might explain why Calyrex has some holes in its memory about what its steed actually looks like, and explain how both creatures could fit into the proper canon of the games. There are some holes in the theory, but nothing that couldn’t be smoothed over with some additional explanations. For now, fans will just have to decide for themselves!

Since the release of Pokemon Red and Green in 1996, fans have come up with a lot of interesting theories about the Pokemon world. Readers should keep in mind that, unless Game Freak reveals otherwise, these should just be looked at as fun possibilities and nothing more. Still, as far as Pokemon theories go, this is definitely one of the best ones we’ve ever seen!

Are you a fan of Pokemon Sword and Shield? Do you think Glastrier and Spectrier are related to Galarian Rapidash? Let us know in the comments or share your thoughts directly on Twitter at @Marcdachamp to talk all things gaming!