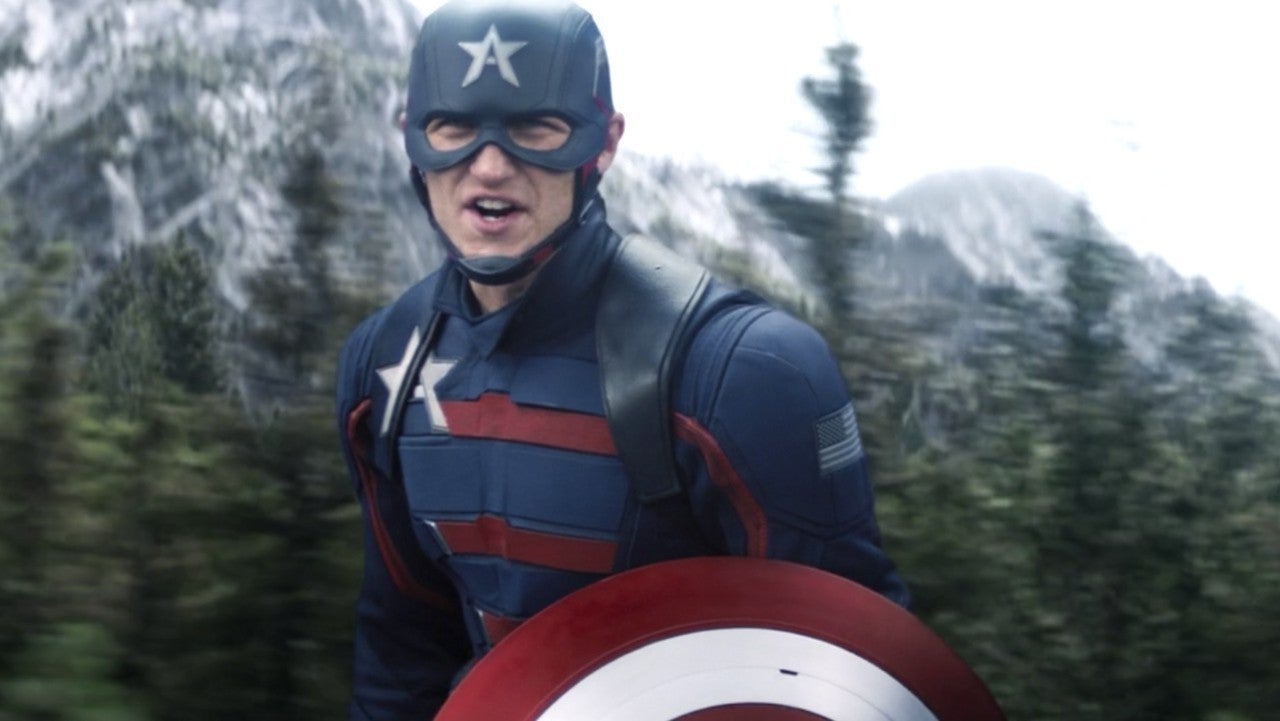 One of the most electrifying moments in movie theater history is Captain America summoning Thor’s hammer and declaring, “Avengers, assemble!” Steve Rogers had earned the moment through years of MCU appearances, much like he had earned the shield and title of Captain America through an earnest and relentless effort to better the world. Now, John Walker is Captain America in the Marvel Cinematic Universe, with Wyatt Russell playing the part on The Falcon and The Winter Soldier. Had his character come face to face with the Mad Titan as Steve Rogers did in Avengers: Endgame, Russell believes there would have been much less of a fight.

“He would’ve been dead in one second, right?” Russell laughed with PopBuzz. “Thanos can like kill everybody. You need the team of Avengers and everybody in the world to defeat him. John Walker would’ve been like stepping on an ant if he was doing it alone. He would’ve tried very hard and failed valiantly.”

Russell is probably on to something. Not only does he know his John Walker character better than the rest of us but he also seems to be in touch with the MCU and its catalog of characters. In the same interview, he was asked which characters he would most like to have on John Walker’s team if a second Civil War were to come to the MCU and he had some quick ideas. “You gotta have Thor because anybody who can pick up the hammer, you gotta have that guy,” Russell said. “You gotta have Hulk because he is two parts genius, one part super strong, so you have a brain. And, I’m just gonna go with one more for the interest of time, I’ll go with the Raccoon to get a different flavor. He is comedic relief. I wanna laugh every once in a while, he’s gonna make me laugh.”

This knowledge of the MCU is more than he had when he was auditioning for and cast in The Falcon and The Winter Soldier. In true Marvel fashion, the role was kept under wraps until he got it. “When I found out I was gonna be in the MCU, I was like, ‘Fantastic, who am I playing?'” Russell said. “When they sat me down and explained to me what the arc looked like and who I was playing, who my character was, John Walker, I saw the potential in his faults and his flaws.”

Are you enjoying The Falcon and The Winter Soldier? Share your thoughts in the comment section or send them my way on Instagram! Watch ComicBook.com full interview with Russell in the video above.