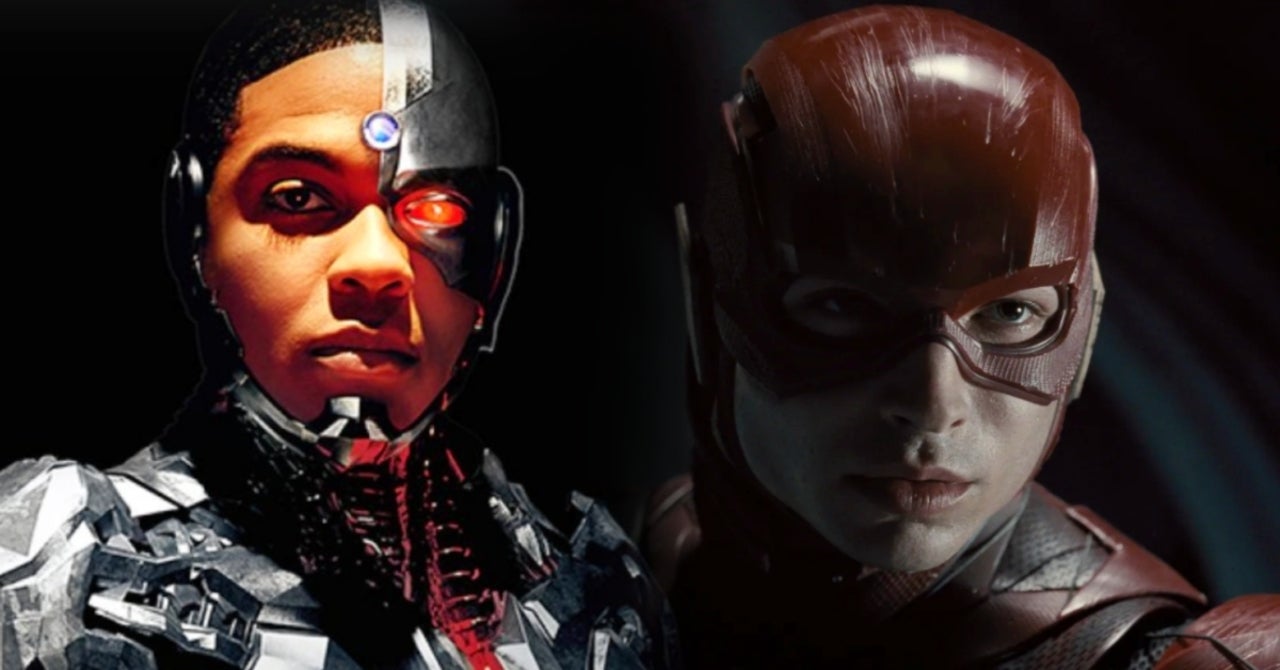 Ray Fisher says there were no versions of the upcoming Flash film where Cyborg did not return opposite Justice League co-star Ezra Miller‘s speedy superhero. Previously developed under Seth Grahame-Smith and then Dope director Rick Famuyiwa, the Andy Muschietti-directed Flash was to be Fisher’s first post-Justice League appearance as the part-man, part-machine Victor Stone. In September, Fisher was reportedly in deep negotiations to reprise his role in The Flash amid WarnerMedia’s investigation into alleged misconduct the actor says occurred on the set of Joss Whedon’s Justice League reshoots; by January, Fisher reported Warner Bros. Pictures had removed him from the Flash cast.

Fisher has since named the former Flash helmer as his pick to direct the potential Cyborg spin-off once planned by the studio. Per a 2016 report from THR, Famuyiwa’s vision of “a [Flash] movie with more edge clashed with the studio’s take.”

“About Rick’s Flash, I don’t really know too much about the behind-the-scenes stuff. Ultimately, as I understand it, they just couldn’t come together on what Rick wanted the story to be versus what the other folks may have wanted the story to be,” Fisher said in a new interview with the LightCast Podcast. “I’ve never had a specific conversation about what that was, but I know one thing: Rick is a dope dude and he’s a consummate professional. But also seeing that he’s a person of integrity and that if it’s not the story that he’s looking to tell, he’s fine to say, ‘Hey, listen, this is just not where I want to be. No harm, no foul.’ If that is the case, if that is what happened, good on him.”

When reporting his character’s removal from The Flash in January, Fisher wrote that Cyborg’s role “was much larger than a cameo.”

“As far as I’m aware, there’s never been a version of the Flash film that did not have Cyborg in it,” Fisher told LightCast. “And for Rick’s part, I think his specific perspective would be great for Cyborg to really explore, for us to explore [in] Cyborg’s solo film. Not just from the action side because his stories have a lot of heart and they have a lot of meaning.”

Despite Fisher’s declaration that he “will not participate in any production associated with” DC Films president Walter Hamada, who the actor calls “the most dangerous kind of enabler,” Fisher has said he would reprise the Cyborg role. The character’s storyline, which was significantly pared-down in the theatrical cut of Justice League in 2017, was restored in full in filmmaker Zack Snyder’s four-hour director’s cut released March 18 on HBO Max.

“Zack being the sort of person that brought us together initially, my initial thought is, ‘I’d work with Zack again in a heartbeat.’ Obviously, there’s stuff going on at the studio and other conditions would have to be right when it comes to that kind of thing,” Fisher said. “But just from what I know of Rick, he’d be a really solid choice, a really solid fit for [Cyborg].”

Warner Bros. has set The Flash for release in theaters on November 4, 2022.