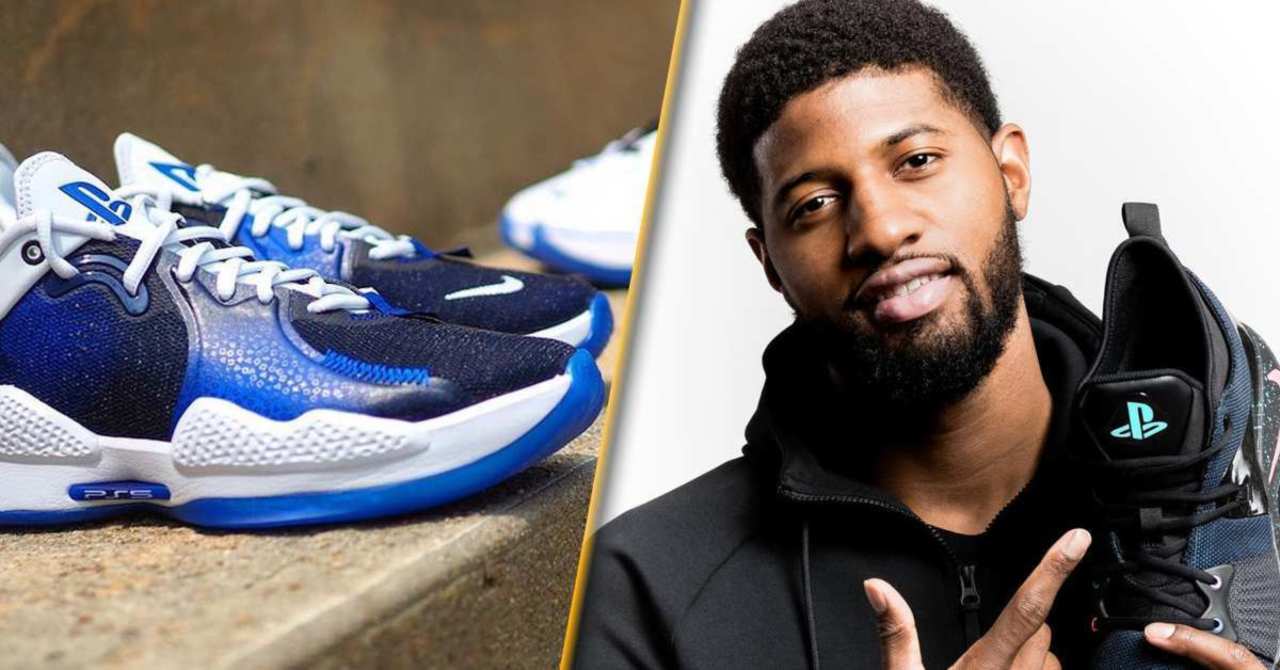 Nike revealed that Paul George has some PS5 shoes on deck this season according to HypeBeast. The NBA All-Star has an established relationship with Sony as he’s had shoes based on the brand before. PG13 is on his fifth signature shoe, so it only makes sense that he would be down to celebrate the PS5. Things originally got rolling on the wildly popular PG 2 and PG 2.5. Prices for that pair are still rising on resale apps like StockX and eBay right now. Especially of note on those earlier models is that the tongue logos would light up at the press of a button. Each iteration seems to be basing its look on the specific generations for inspiration. Things opened up with the PS2’s black exterior and gradient lettering. Then Nike threw it back to the PlayStation and that gray plastic with x, circle, triangle, and square embellishments. Now, you can check out how the company is addressing the current generation of consoles.

George talked about his experience working with the company on the PlayStation Blog.

Nike and NBA player Paul George are collaborating for two “PlayStation 5” colorways for the PG5.

As if catching Ls on the console itself wasn’t enough. 😅https://t.co/s2UUGuw94o #PS5 pic.twitter.com/NBr4FYepgw

“I was blown away by the response to the release of the PG2 x PlayStation back in February. As a huge fan of PlayStation, I was honoured to get the chance to collaborate on something that so many of you loved,” George wrote. “Because of that, I’m happy to announce that PlayStation, Nike Basketball, and I have returned with a new collaboration, the PG 2.5 x PlayStation Colorway.”

“For those who know me, gaming is a big part of who I am – I love the fans and I love this community, so it was amazing to see the gaming and sneaker worlds collide with the original PG2 collaboration,” he added. “This time around, I wanted to take the design old school, back to my earliest days of gaming. For me – as I’m sure many of you can relate – those memories date back to the original PlayStation. Working with Nike and PlayStation, we focused on bringing that original PlayStation inspiration to life in this new design.”

For those who would question his gamer resume, George told Nike about his special Christmas when he became a Sony fan.

Would you be down for these shoes? Let us know in the comments!