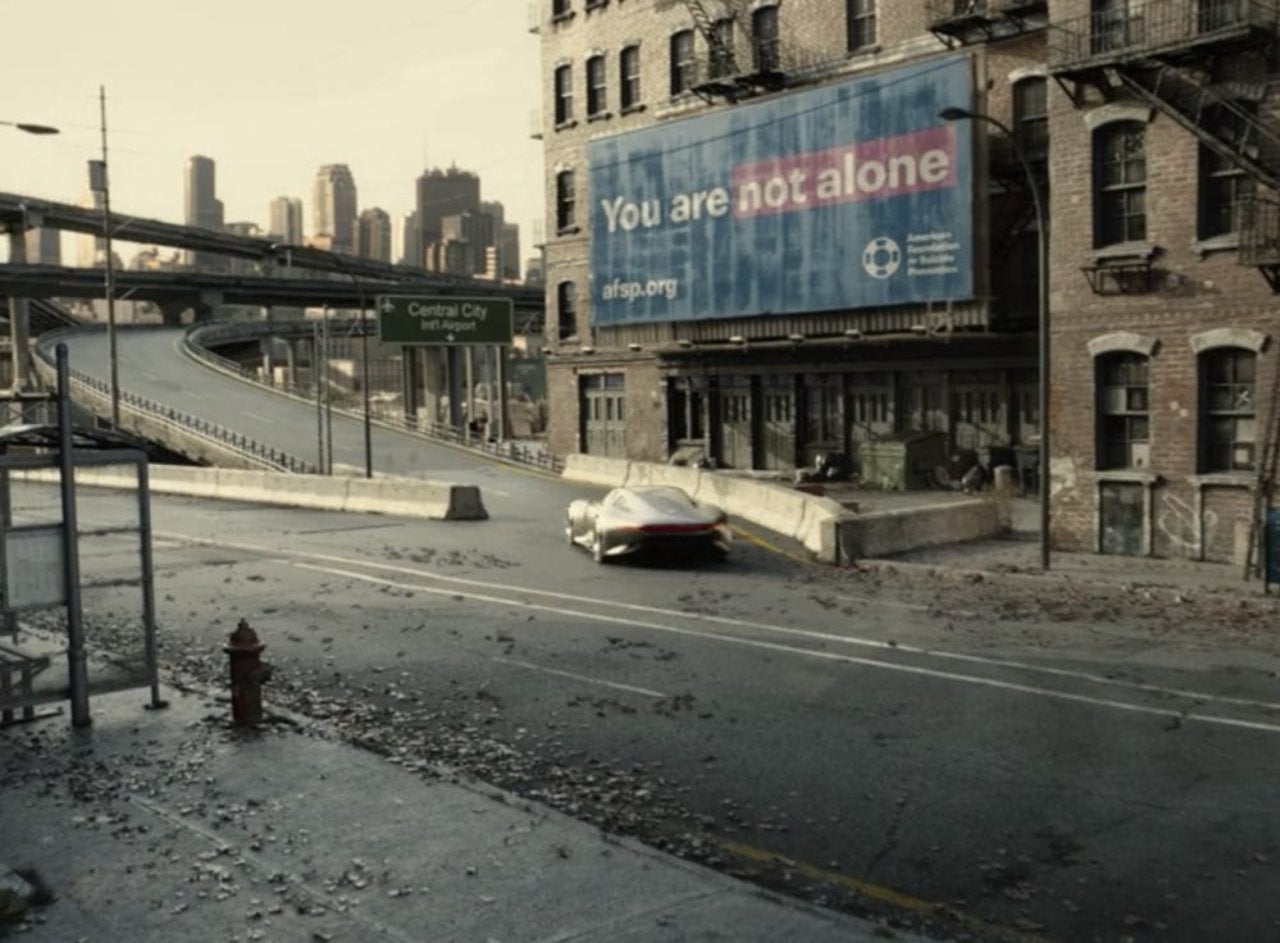 Fans watching the four-hour director’s cut of Justice League on HBO Max may have noticed that there was a billboard emblazoned with a big “you are not alone” message. And while it may be easy to assume it’s just a reference to Zack Snyder’s Man of Steel, in which that’s the message sent from General Zod ahead of his attack on Metropolis, the truth is, it’s something much more inspirational: a “cameo” appearance for the American Society for Suicide Prevention, a charity that Snyder and his fans have singled out for help throughout the #ReleaseTheSnyderCut campaign during the last three or so years.

The billboard appears on the side of a building just as Bruce Wayne is getting onto a highway onramp pointing toward Central City, the canonical home of The Flash in the comics and on his series on The CW. In addition to the slogan and the charity’s name, the billboard includes a URL for the AFSP’s website.

You can see Dr. Christine Moutier’s response to the cameo in a tweet below.

When your org’s billboard is a cameo in a superhero film… mental health & suicide prevention are coming into our social consciousness. Shoutout ⁦@ZackSnyder⁩ #YouAreNotAlone #snydercut #JusticeLeague ⁦@afspnational⁩ pic.twitter.com/YPkiChjMoC

By the end of 2020, Snyder and his fans had raised more than $500,000 for the AFSP. Snyder originally left Justice League following the death of his daughter by suicide in 2017. Beginning in 2018, fans hoping to convince Warner Bros. to release Snyder’s director’s cut of the movie started directing a portion of their attention to raising money for the charity.

You can see Zack Snyder’s Justice League — in color, or in the black-and-white “Justice is Gray” edition — on HBO Max.