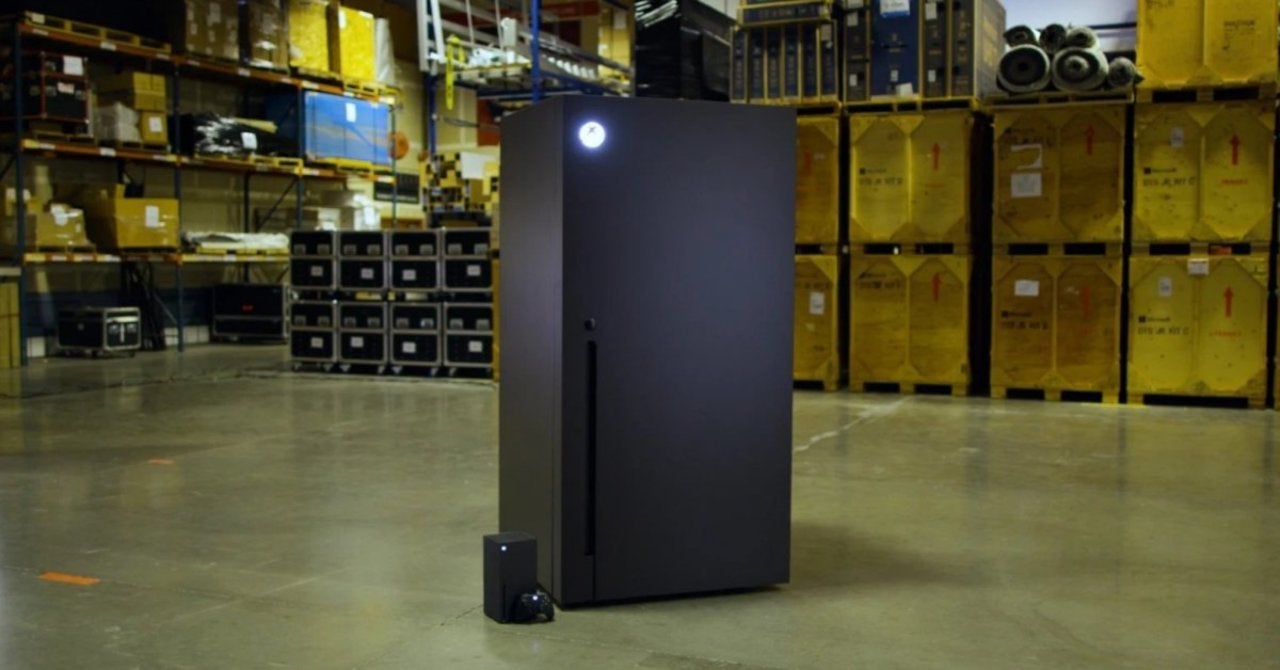 Twitter is looking to award one company as its first-ever Best of Tweets Brand Bracket Champion, and it’s now down to Skittles and Xbox. Right now, the competition is close, but Xbox’s own Aaron Greenberg has sweetened the deal for fans that vote for Microsoft: if the company wins, they’ll put Xbox Series X mini fridges into production! That’s right, fans will finally be able to obtain their very own mini fridge that looks just like the Xbox Series X console! As of this writing, Xbox is in the lead 52% to 48%, but there are still several hours left to go!

The Tweet from Aaron Greenberg can be found embedded below.

Since the console’s design was first revealed at The Game Awards back in 2019, the Xbox Series X has drawn a lot of comparisons to a fridge. Over the last year, Microsoft has embraced the design similarity, offering mini fridges as a special contest prize, and even full-size versions, as well. However, they’ve never made either of these options available directly for sale. Fans have long been forced to eye these options with jealousy, so this is a great idea on Greenberg’s part to get out the vote! It remains to be seen whether or not the effort will be successful, but the Tweet above has gotten a lot of positive response from fans thus far.

Naturally, there are no details on how expensive the mini fridge will actually be, but Greenberg says the fridges will be put into production “this year.” That said, it will all be a moot point if Xbox fails to bring home the win, so readers will want to focus on getting out the vote first and looking at their wallets second! With voting set to end in about 10 hours, we’ll know soon whether or not these beauties will finally be offered to all fans.

Would you like to purchase an Xbox Series X mini fridge? Do you plan on voting in the Twitter competition? Let us know in the comments or share your thoughts directly on Twitter at @Marcdachamp to talk all things gaming!