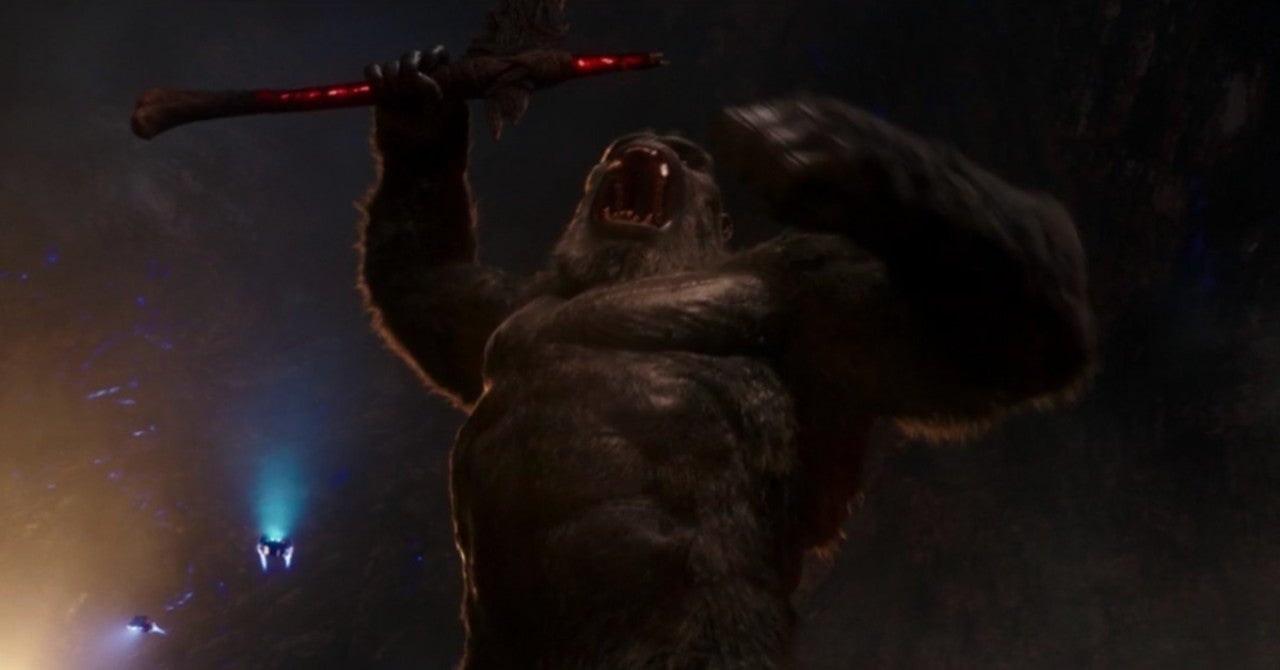 Godzilla vs. Kong confirms Kong’s kingly status. One of the most notable bits of Kong’s inclusion in Legendary’s new MonsterVerse takes on classic Kaiju and giant monsters was that it came without the “king” moniker that the giant ape had for each of its solo films in the past. It made a lot of sense with Godzilla: King of the Monsters establishing that Godzilla took the crown in the MonsterVerse following Ghidorah’s defeat. But with Godzilla vs. Kong poising the two against one another for the first time in the MonsterVerse, the opportunity for Kong to become King was there.

Godzilla vs. Kong does indeed confirm a “King Kong” type of designation for the MonsterVerse, but it’s in a much different way than you would expect. Rather than defeating Godzilla and taking the title by force, instead Kong has gone on to reign over his own domain. Introducing the Hollow Earth to the MonsterVerse in full at last with this film, Kong is able to take his seat on a literal throne at one point in the film.

In Godzilla vs. Kong, the people working for Apex help Kong get into the Hollow Earth. Kong’s happy to go because it’s a chance at finding more family, but instead the giant ape finds history. Through his journey in the Hollow Earth Kong comes across a massive room in the center of a huge stone structure left by his ancestors. In this room are molds for his hand, and a giant radioactive axe that unlocks other parts of the chamber.

With giant stone ape structures and the architecture surrounding a giant, built-in stone throne, this suggests that Kong’s species had been ruling the Hollow Earth while fighting against Godzilla on the surface world. Godzilla had its own pocket of Hollow Earth seen in the previous movie, but this sequence implies that the Kongs had their own territory. Thus, Kong gets to be king again. It might not have come as a result of a major victory, but it still makes its mark.

How did you feel about Kong becoming King in Godzilla vs. Kong? Do you wish it was through more aggressive means such as by defeating Godzilla? Would you want to see a King Kong movie in the Hollow Earth next? Let us know your thoughts in the comments or you can even reach out to me directly about all things animated and other cool stuff @Valdezology on Twitter!