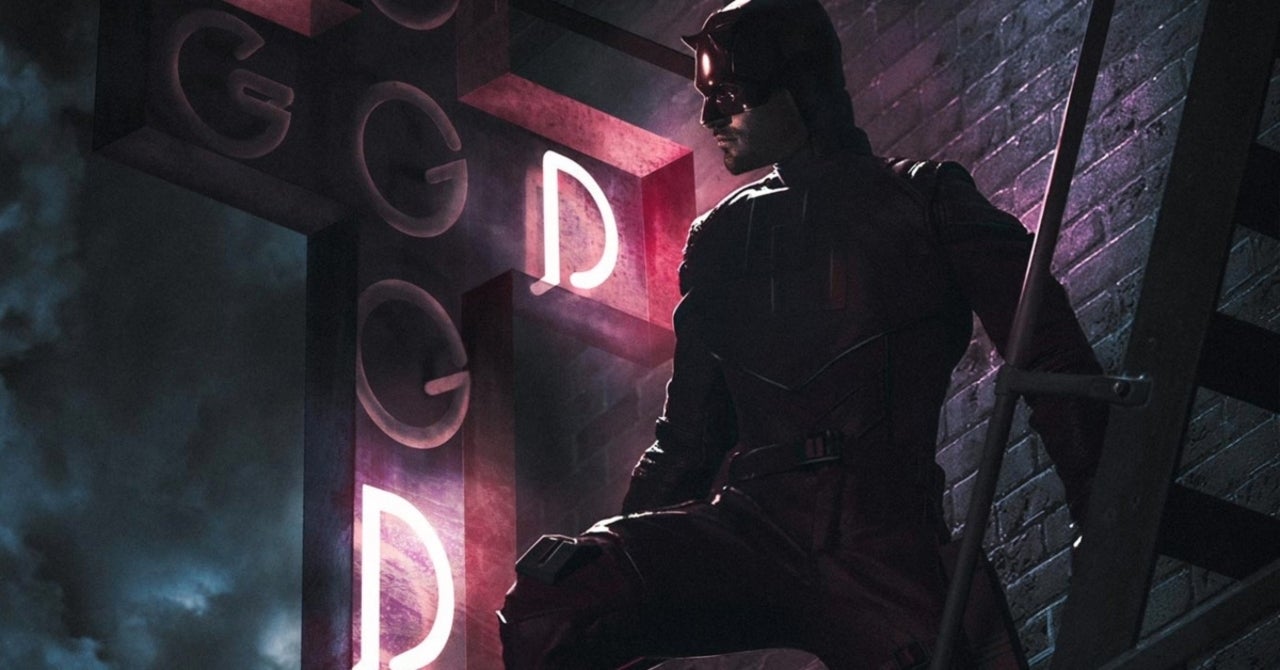 It’s been over two years since Netflix sent Marvel’s Daredevil to the chopping block, canceling the beloved show amidst rising tensions between the streamer and Disney+. Needless to say, the axing of the show quickly led to a massive fan movement rivaling the size of those in the #ReleaseTheSnyderCut group. As those fans wait for the inevitable return of the Man Without Fear, they’ve started taking it upon themselves to keep busy.

When it comes to artist Nuno Sarnadas, that means crafting a cinema-quality fan teaser for a potential Daredevil revival on Disney+. Featuring Charlie Cox’s Matt Murdock in his red and black suit, the vigilante looms over Hell’s Kitchen as the Avengers Tower sneaks in in the background. Over Ol’ Hornhead’s shoulder, there’s even a “Good God” neon sign with all letters burnt out except the two D’s, the cherry on top of an already perfect sundae.

And apologies for intruding again, but to show my appreciation for ‘Daredevil’ I made this concept poster for a new season on Disney+! I really hope we can have it soon, hopefully with you at the helm again for a ‘born again’ Matt Murdock! pic.twitter.com/KXnQH77pzS

There have been reports that Cox is returning as the character as soon as Spider-Man: No Way Home, with ComicBook.com’s Brandon Davis reporting Cox finished filming his scenes this January. When we spoke with the actor last year, he told us he’d love for nothing more than to return as the character, even though he felt personally a Daredevil Season Four likely wasn’t possible.

“I think the likelihood is, I think you’ll definitely see Daredevil again,” Cox told us at the time. “I just think the best bet for them, in the unlikely nature of being able to get all of us together again, it should be a whole new team, and, you know, start again.”

All three seasons of Daredevil are now streaming on Netflix.

What other DefendersVerse characters would you like to see reintroduced to the MCU? Let us know your thoughts either in the comments section or by hitting our writer @AdamBarnhardt up on Twitter to chat all things MCU!