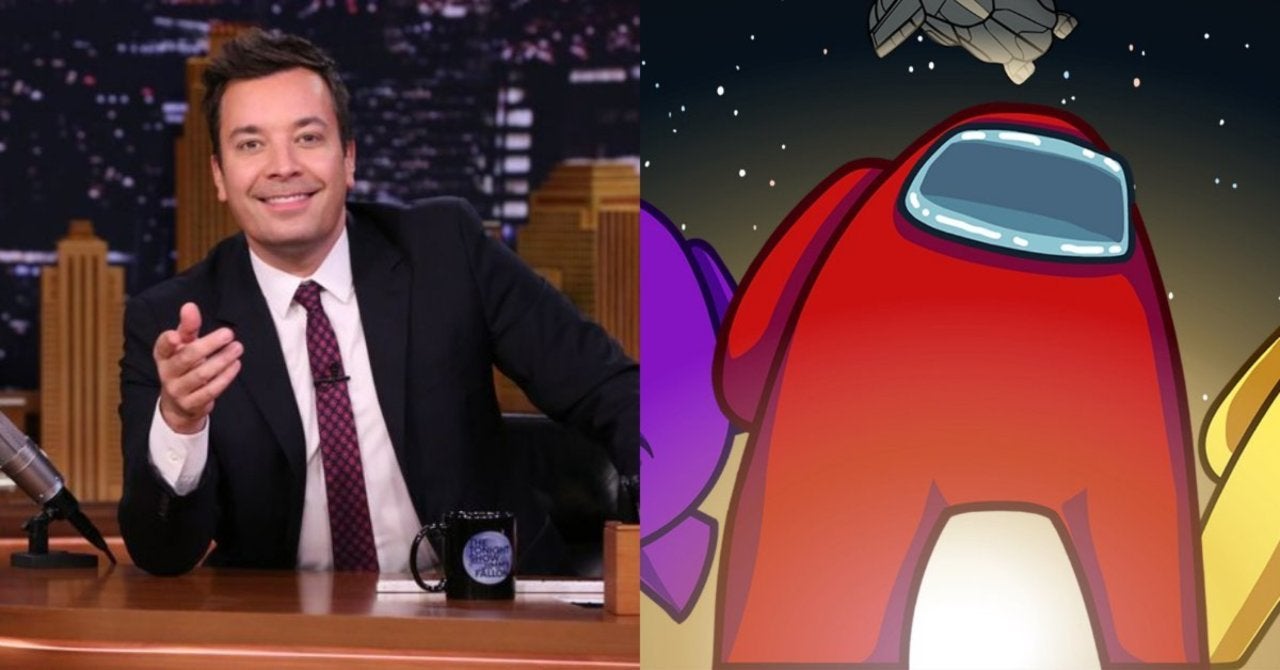 An Among Us stream will air Tuesday March 6th on Jimmy Fallon‘s Twitch channel, featuring the host of The Tonight Show alongside a number of prominent streamers, including Corpse Husband, Sykkuno, and Valkyrae. Strangers Things cast members Noah Schnapp and Gaten Matarazzo will also be there, with The Roots members Questlove, Tariq Trotter, and Kirk Douglas. Last but not least, InnerSloth community director Victoria Tran will be the 10th player. The stream goes live at 3:45 p.m. PST, and will air on The Tonight Show the following week. Naturally, viewers can expect to see the game’s new Airship map in the spotlight during the stream!

Details regarding the stream were shared by Valkyrae on Twitter. The announcement can be found embedded below, while Fallon’s Twitch channel can be found right here.

Corpse, Sykkuno & I will be playing Among Us w/

(Will be airing on TV in the future)https://t.co/5xp6gGZVyT

The Twitch stream is a testament to the continued popularity of Among Us! Released in 2018, the game became a pop culture juggernaut last year, after streamers began playing it on Twitch. At this point, it seems hard to imagine that anyone hasn’t heard of the game, but Fallon’s stream could introduce even more players. Games like Among Us can only continue to thrive as long as players remain interested, and this could be a chance for InnerSloth to grow the audience.

Interestingly enough, Fallon is not the first late night host to weigh-in on the game, as Conan O’Brien shared his thoughts on Among Us earlier this year. The host did not seem to be a very big fan of the game, so it will be interesting to see if Fallon enjoys it more. Perhaps we’ll even see Stephen Colbert weigh-in later this year!

Among Us is currently available on iOS, Android, Nintendo Switch, and PC. The game will also release on Xbox platforms later this year. You can check out all of our previous coverage of the game right here.

Are you a fan of Among Us? Do you plan on tuning in for Fallon’s Twitch stream for the game? Let us know in the comments or share your thoughts directly on Twitter at @Marcdachamp to talk all things gaming!