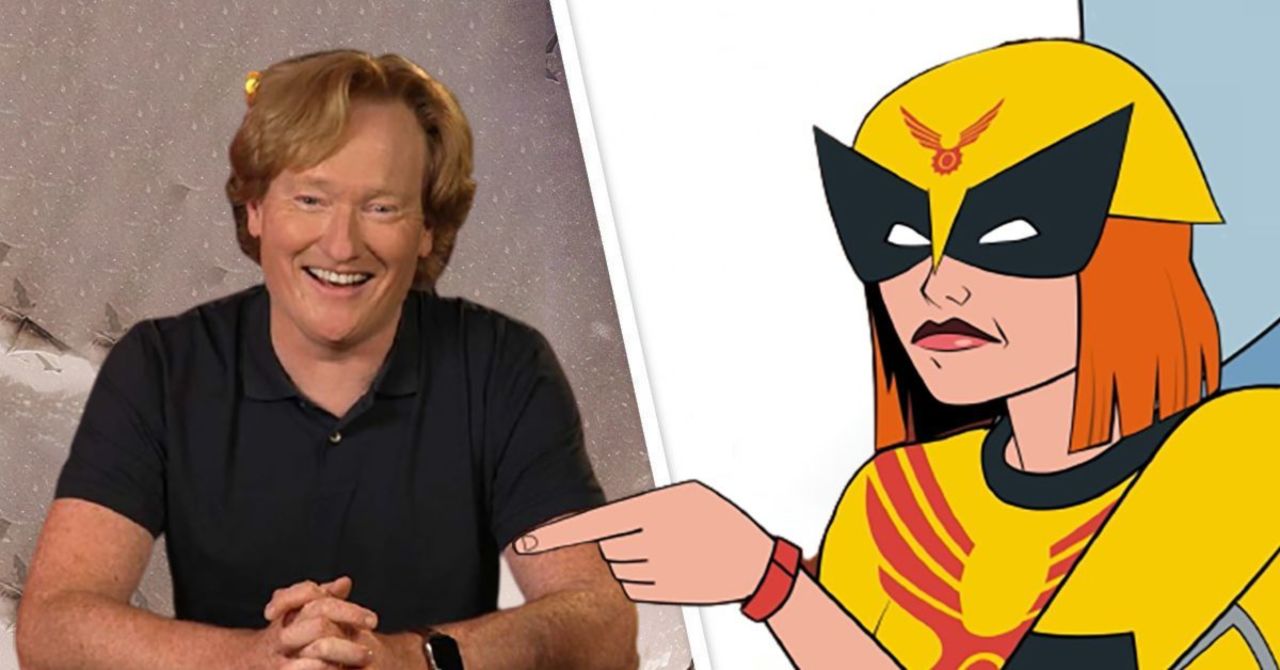 Last night, Adult Swim debuted Birdgirl, which stars Paget Brewster as Julie Ken Sebben, the daughter of Harvey Birdman, Attorney at Law character Phil Ken Sebben. In the series, Julie’s father is presumed dead (again), and has left control of his corporation to Birdgirl. Like, actually to Birdgirl, the costumed superhero, whom he does not know is his daughter, which is kind of messed up when you really think about it. Phil Ken Sebben, voiced in the original series by Stephen Colbert, is unlikely to return as a series regular given that the comedian and talk show host is now heading up CBS’s The Late Show With Stephen Colbert daily.

While Colbert was David Letterman’s successor on the CBS Late Show, it’s Letterman’s NBC successor, Conan O’Brien (formerly of Late Night With Conan O’Brien) that she thinks would be Birdgirl’s favorite. Maybe in part because you don’t want to hear your father’s voice every night before you fall asleep.

“I would say that, because Conan has a similar absurd, nerdy, awkward sense of humor,” Brewster said with a laugh. “There’s something off about Conan. And I know him, and I like him a lot, but there’s something wrong with him — maybe more than one thing. And I think Stephen Colbert is more grounded.”

O’Brien recently announced that later this year, he will be finishing his long-running talk show at TBS, which he launched in 2010 after leaving The Tonight Show. Conan will be followed by a new, weekly variety show O’Brien will host for HBO Max.

The six-episode Birdgirl debuted last night, and run weekly on Sunday nights at the same time. In something of a rarity for Adult Swim these days, Birdgirl is a half-hour sitcom, rather than being cut down into 8- or 15-minute chunks as has become popular in so many animated comedies.