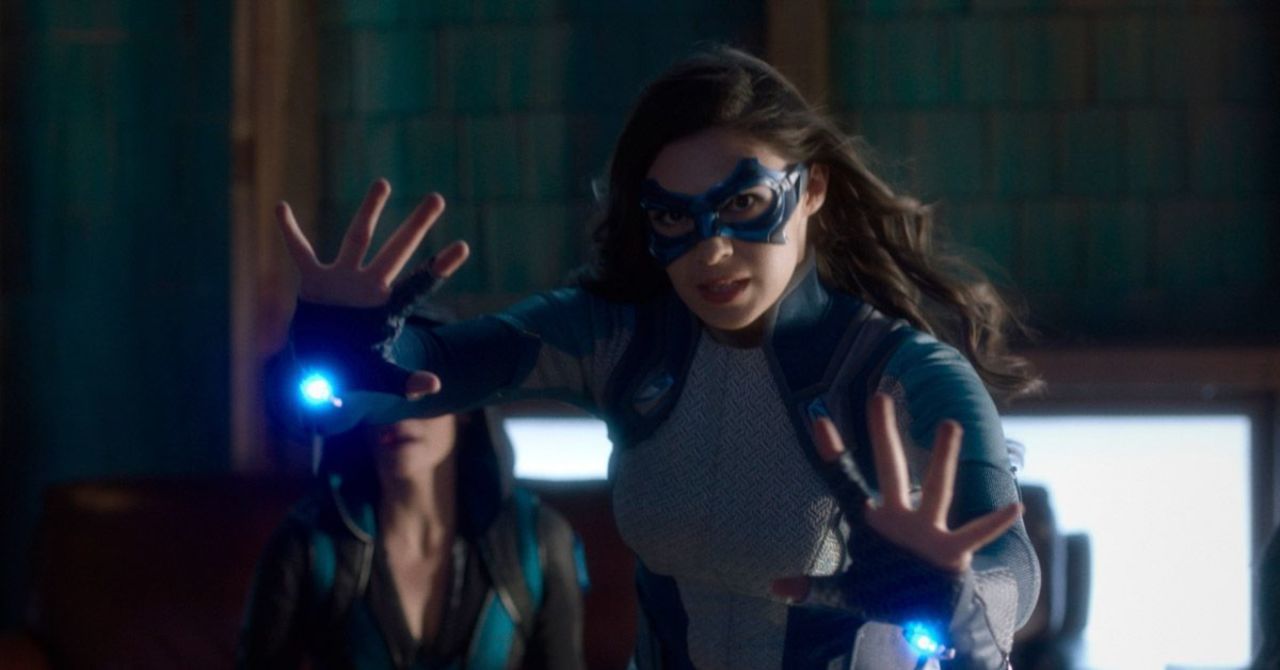 On Supergirl, Nicole Maines‘ Nia Nal/Dreamer wields impressive powers. Not only can she see the future through her dreams but she can manipulate the energies of that power, using it to interact with the physical world, creating blasts and projections. Dreamer generally does this with the positioning of her hands. Of course, Dreamer isn’t the only powerful female hero using her hands to wield major power and it’s something that isn’t lost on Maines. Maines recently told Buzzfeed that she’s trying really hard not to accidentally copy WandaVision‘s Scarlet Witch.

Speaking with the outlet, Maines explained that the major success of WandaVision has her very aware of how she bends and positions her fingers when using Dreamer’s powers.

“And, these days, with the massive success of WandaVision, I’m just trying not to look like I’m ripping off Scarlet Witch with my hands,” Maines said. “Now, I’ve never been so conscious of bending my fingers, especially my ring finger. Now I’m like, ‘Keep your hands out or else people are going to think you’re Wanda!'”

Maines also expressed appreciation for WandaVision star Elizabeth Olsen, calling her “amazing” and talking about how aware she is of not stealing her moves.

“Totally! She’s amazing and I’m just sitting here thinking, ‘Girl, I’m sorry. I’m really trying not to steal your gig or rip off your moves or anything.’ I’m really hyperaware of it now,” Maines said. “We just shot a scene where it’s a close-up of my hands, and I was thinking the whole time, ‘Extend your fingers, don’t bend a single one. Try not to channel Elizabeth Olsen.'”

All comparisons to Olsen’s Wanda Maximoff aside, though, with Supergirl in its final season, Maines is also looking back at her groundbreaking character and how Dreamer, as the first transgender superhero character on a mainstream superhero TV show, has set the bar very high.

“We can do and can be whoever we want,” Maines said in part. “The bar is now set very, very high because if you can be a superhero, you can be anything. It’s like, ‘Well if I can be a superhero, everything else is very easily within reach.’ So, that’s what I hope people take away from seeing Nia. Also, for folks who are not trans, I hope they learn from me that trans people are more than what’s in our pants. We are more than our trauma. We’re more than our gender. We are just fully-fledged superheroes, who have an arc outside of our transness.”

Supergirl airs Tuesdays at 9/8c on The CW. WandaVision is now streaming on Disney+.