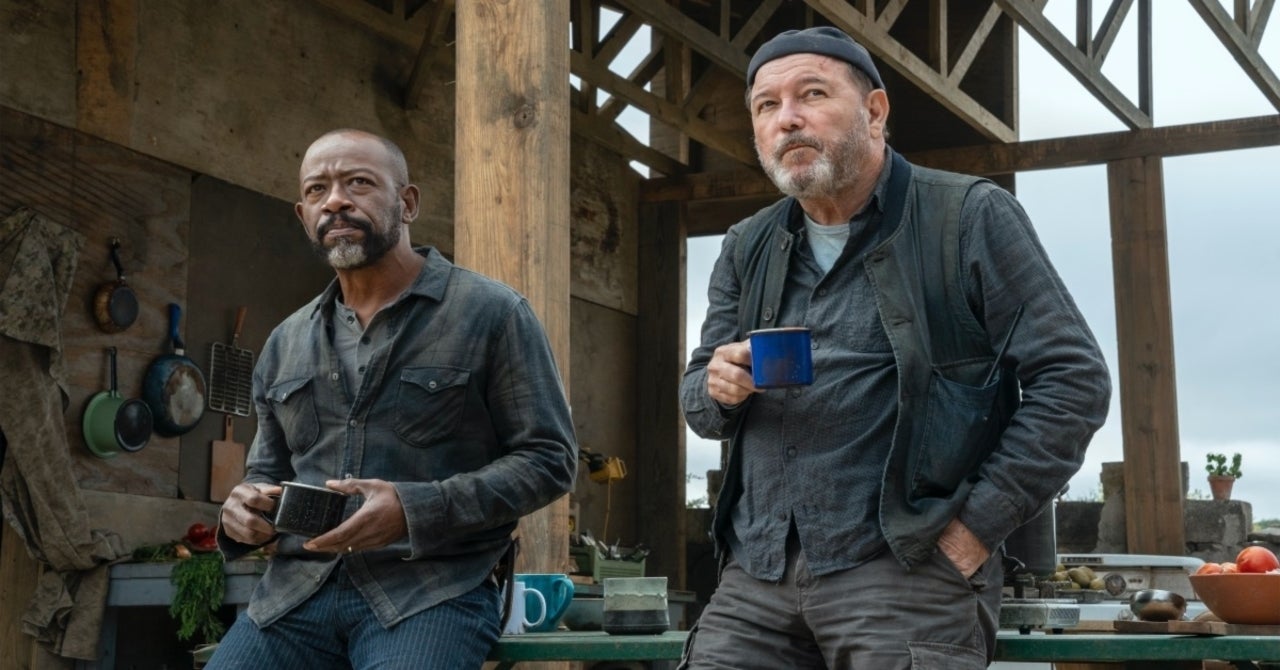 With Morgan (Lennie James) and friends facing a threat to their existence, Daniel Salazar (Ruben Blades) is tasked with keeping the peace in “Handle With Care.” Spoilers for Fear the Walking Dead 609, “Things Left to Do.” In the wake of the widow-turned-outlaw June (Jenna Elfman) shooting and killing Ginny (Colby Minifie) to avenge her husband John Dorie (Garret Dillahunt) — he was gunned down by Ginny’s daughter, Dakota (Zoe Colletti), two episodes earlier in “The Door” — there’s work to be done inside the new community Morgan is building for his reunited family, including an expecting Grace (Karen David).

The Daniel-centric “Handle With Care” — titled after The Traveling Wilburys song of the same name — comes after ex-Ranger Victor Strand (Colman Domingo) discovers Daniel was faking amnesia when behind the walls of Ginny’s Lawton settlement in Season 6 Episode 2, “Welcome to the Club.” Even with the family mostly reunited inside the work-in-progress haven founded by Isaac (Michael Abbott Jr.) and his then-pregnant wife Rachel (Brigitte Kali Canales), Morgan’s group of survivors are still in a state of repair.

“I do think the one question that Morgan hasn’t asked himself is if he can build this place,” co-showrunner Andrew Chambliss told ComicBook.com earlier this season. “Given everything everyone’s been through, are they all going to want to live behind that wall together?”

“We’re going to continue to see how he builds that up with the ultimate goal of reuniting the family and bringing them all behind the dam wall there,” added co-showrunner Ian Goldberg. “Obviously, that’s a tall order, and with everybody split apart under different encampments for Virginia, it’s going to be tricky, but we’re building toward that moment in the next several episodes.”

An attacking zombie horde gives way to the real threat that has been building over the season: the shadowy doomsday group with the cryptic mantra that “the end is the beginning.”

“I’ll say that this group, who has been lurking in the shadows, is definitely going to make themselves known,” Chambliss teased. “It is going to come at probably one of the worst moments for our entire group, but in terms of who the story is going to lie with, I think we want to let the audience watch as it unfolds.”

Follow the author @CameronBonomolo on Twitter for all things TWD. New episodes of Fear the Walking Dead Season 6 premiere Sundays at 9/8c on AMC.