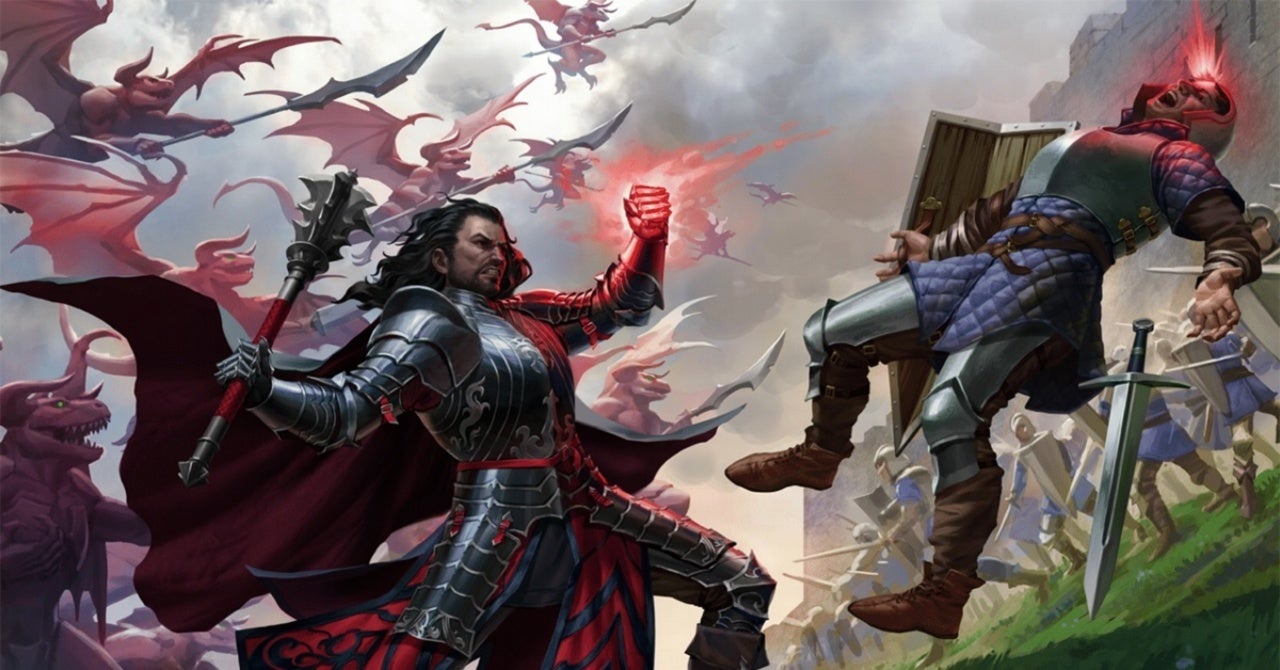 After over two years of playtesting, MCDM Productions has released a full version of its Illrigger class for Dungeons & Dragons. In 2019, Matt Colville, the well-known host of the “Running the Game” series of D&D videos, debuted a homebrew class called the Illrigger on his weekly D&D livestream game “The Chain.” The Illrigger is basically an infernal shocktroop, a devilish equivalent to a paladin but with more versatility and the ability to censure other creatures with infernal seals and use those seals to impose additional effects and/or damage. Over two years after its initial debut, Colville’s MCDM Productions has released a full supplement with rules on making a playable Illrigger character for Dungeons & Dragons.

To be clear – the Illrigger is unlike any official Dungeons & Dragons 5E class. The class doesn’t rely on mastering one core mechanic that slowly gains power over time. Instead, the class’s strength is in its versatility and toolbox of class features. The Illrigger’s Level 1 features include a Forked Tongue ability that treats any d20 roll below a 7 as an 8 when making a Persuasion, Deception, or Intimidation check and an Infernal Conduit ability that allows players to forcibly drain an enemy’s HP to rejuvenate their own or sacrifice their own HP to heal an ally. Players then gain a unique Fighting Style at Level 2 before gaining the Baleful Interdict ability that grants them the ability to mark enemies with the aforementioned seals at Level 3.

The Illrigger also gains an Invoke Authority ability that acts as a dark version of a paladin’s Channel Divinity ability and can only be used once per long rest. These abilities vary greatly based on what subclass a player chooses — the Painkiller’s Infernal Surge is basically a version of the Fighter’s Action Surge, while the Architect of Ruin’s Spellbreaker ability allows a player to totally block certain kinds of spells, with the possibility of reflecting that spell back on its user. Each subclass also gains unique Interdict abilities, granting players the ability to impose disadvantage on attacks or saving throws or even allowing a player to make an attack on a creature immediately after the seal has been placed.

The Illrigger is a deliberately complex class – it seems tailor-made for players who have grown bored of current D&D options but don’t want to switch to a more complicated game system. There are lots of class abilities that can be very useful, but require the right timing to properly use. And while many of the Illrigger’s abilities are incredibly powerful, they have built-in limits that prevent a player from completely outshining other players. While reading through the class, I could only find one significant flaw – the Infernal Conduit ability can inflict exhaustion on a creature once an Illrigger reaches Level 11 without giving the creature an opportunity to make a saving throw. Level 11 players have a lot of tricks up their sleeves in general, but the ability to inflict exhaustion and bypass a creature’s naturally high Constitution or their Legendary Saves seems a bit too overpowered at that point. A good DM can easily work around those issues, but I’m not a fan of class features that significantly hamstring a DM’s combat tools.

Besides that one issue, the Illrigger seems a fantastic Dungeons & Dragons class and continues a strong series of releases for MCDM Productions. The Illrigger class can be purchased from MCDM’s site for the very appropriate price of $6.66.