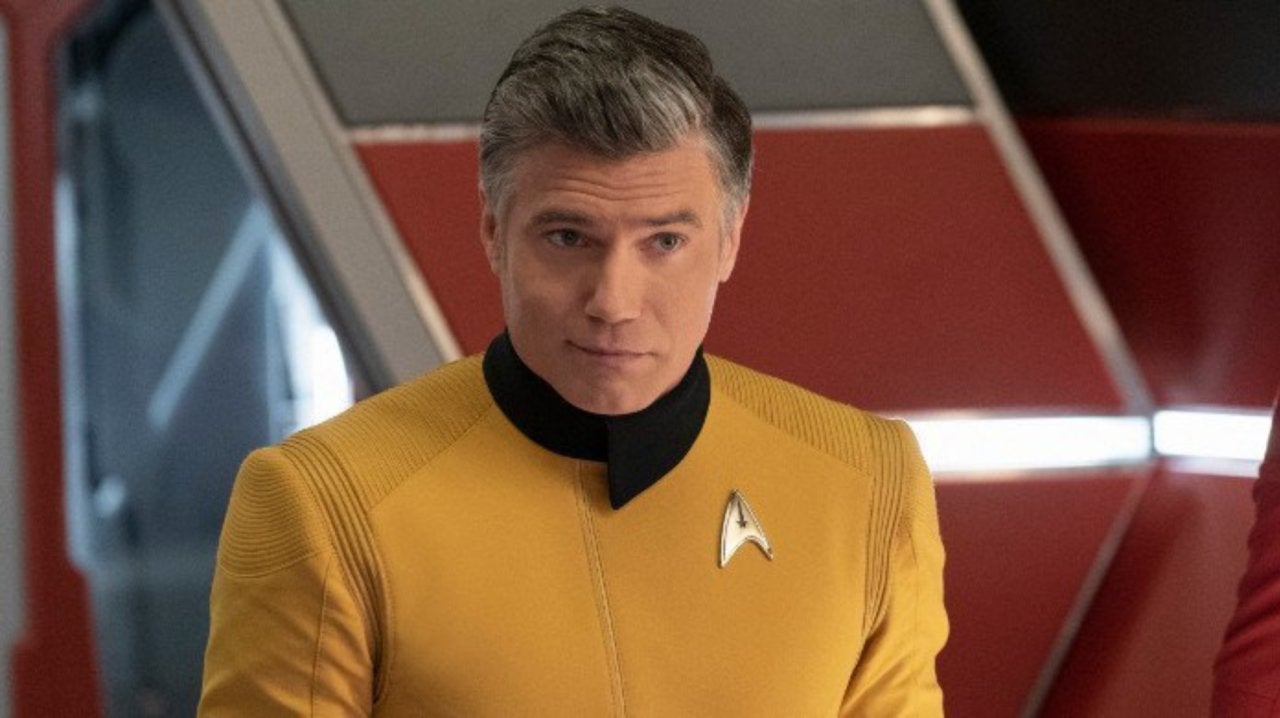 Despite some crew going into quarantine, production on Star Trek: Strange New Worlds is in full swing. Based on comments from one of the creators/showrunners, the Star Trek: Discovery spinoff will be a return to Star Trek’s original episodic format, with some extra character development thrown into the mix. The series stars Anson Mount as Christopher Pike, the USS Enterprise‘s captain before James T. Kirk took command of the vessel. Mount spoke to Collider ahead of his new film, The Virtuoso. He discussed why Strange New Worlds would bring back the adventure-of-the-week format when it debuts.

“Well, I think that Star Trek is, by nature, episodic,” Mount says. “Now, that doesn’t mean that Star Trek can’t be other things. Star Trek can be a lot of things, as we’ve seen in every iteration of it. But classic Trek is really founded on the big idea of the week, and the big idea of the week needs room to breathe. In serialized structure, you’re trying to take care of so many relationships that there doesn’t tend to be a lot of room for that. Now with that said, I think Discovery does a phenomenal job with that structure and I was very fortunate to be a part of it. Normally, serialized is my taste, as an actor, but this really felt like it needed to be episodic.”

Mount debuted as Pike in Star Trek: Discovery‘s second season. Fans almost immediately started campaigning to see him and his crewmates aboard the Enterprise — Ethan Peck as Mr. Spock and Rebecca Romijn as Number One — get a spinoff series. Mount said he’s never experienced anything like that reaction from Star Trek.

“Honestly, I’ve never felt such embrace from a fan base, on anything I’ve done,” Mount says. “It is really night and day, and I’m very thankful to everyone with Gene Roddenberry and CBS, and Alex [Kurtzman] and Akiva for putting a huge amount of trust in me to be able to do it.”

“In a career, there is never enough work that is pure joy. I feel that my friend Alex Kurtzman along with David Stapf at CBS Studios and Julie McNamara at Paramount+ have given me just that by letting me haunt the stock rooms of my favorite candy store and I am grateful,” said Star Trek: Strange New Worlds co-showrunner/executive producer Akiva Goldsman in a press release. “With a hell of a cast and undying love for the original series, we boldly go.”

All of Star Trek television is streaming now on Paramount+.