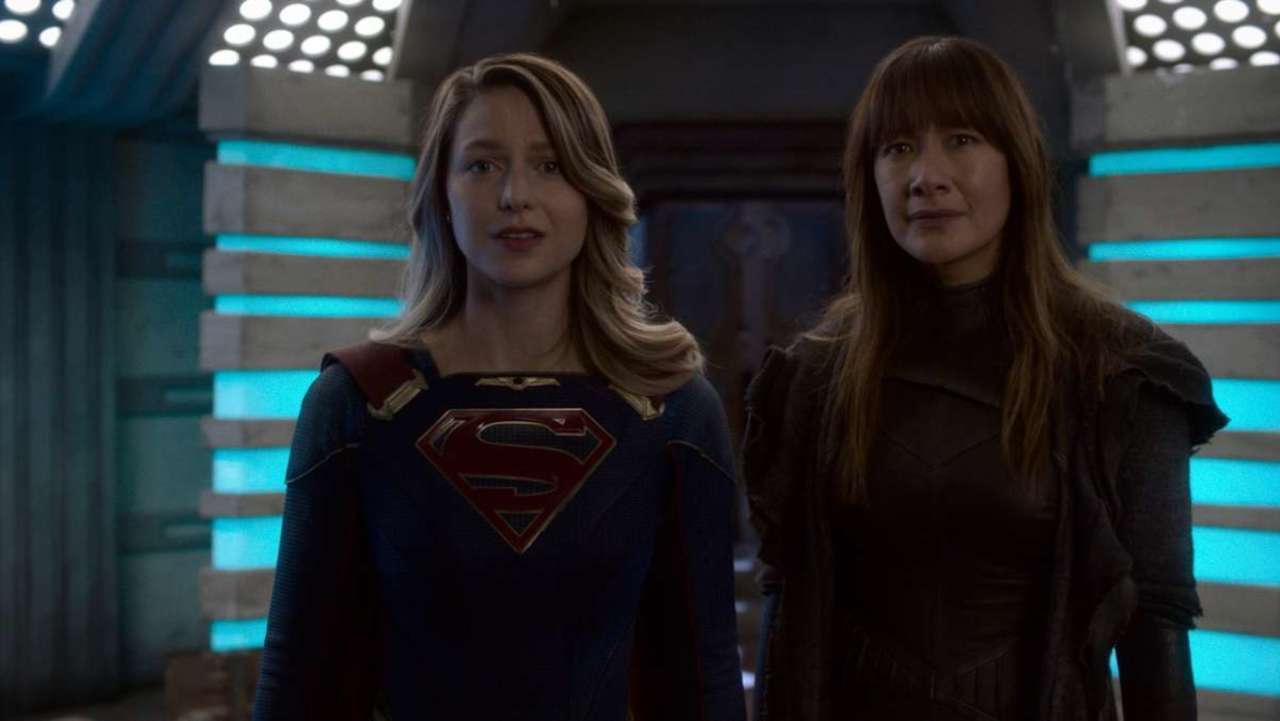 Supergirl‘s sixth season continues this week and for the Super Friends, the situation hasn’t really improved. They’re still trying to find a way to locate and rescue Kara Danvers/Supergirl (Melissa Benoist) in the Phantom Zone, but they also have major issues to deal with in National City as a Phantom is on the loose, turning more and more people into Phantoms as well. Meanwhile, in the Phantom Zone, Kara’s new ally Nyxly (Peta Sergeant) may be the key to helping Kara as well as Zor-El (Jason Behr) escape.

However, while things feel like they’re coming together, there are plenty of challenges still to face both in National City and in the Phantom Zone. Need to get caught up on the major details and stories from “Lost Souls”, this week’s episode of Supergirl? We’re here to help. Here are the major plot points for “Lost Souls”. Warning: Full spoilers for the episode beyond this point. Read on only if you want to know.

Nyxyly uses her powers to jump herself, Kara, and Zor-El through different areas of the Phantom Zone and while the jumps are getting to Kara, they’ve found what they are looking for: the anchor that Kara believes is the way home.

They get into what is essentially the base and find what is supposed to to be the exit — something like a mirror that shows the righteous their home — and find it to be apparently broken as it only shows them their own reflection. Kara asks Nyxly to use her magic to fix it, but to no avail. Zor-El is ready to give up, but Kara encourages him to think like Astra and he realizes she would have built a second mirror. After splitting up to search, Zor-El finds it but is attacked by a prisoner, though Nyxly chases them off. She is unable to use magic to fix his broken ankle. Because he’s injured, they have to leave him behind so they can use the mirror to escape.

In the tower, M’gann is suffering after effects from nearly being turned to a Phantom in the form of nightmares. Brainy works on more new containment units for the Phantom progeny while Lena gets welcomed to the Tower and the team. M’gann realizes she’s connected to Prime Phantom and had a vision of his lair but there’s a plus side. She can sense life forms which means she can locate Supergirl in the Phantom Zone and free the Phantom Progeny as well. Lena has also come up with a way to trap the Phantom — literally a “Proto Trap” that looks like something out of Ghostbusters.

Things don’t quite go to plan, though. Prime shows up and takes the new progeny with them while M’gann is unable to keep up with the life force. Brainy realizes that the rest of M’gann’s soul is still trapped with the Prime Phantom and once he reaches maturity, the souls trapped will be lost forever. However, if they don’t stop Prime, they wont’ be able to use M’gann’s sensing power to find Kara. After a brief discussion, they decide to try to do both. Lena decides to try to use Q waves to duplicate M’gann’s sensing powers, but she needs Kara’s DNA. It turns out that the core of the crystal with Kara’s legacy record contains essentially Kara’s DNA. Alex gives it to Lena to use.

Nothing goes according to plan

Teaming up with M’gann, Dreamer astral projects to Prime’s lair. She finds the chrysalis and discovers it’s starting to solidify and that they are running out of time. Brainy says they have only an hour left.  Lena finishes her device, but with time running out Alex makes the decision to use the device to find the chrysalis. Lena breaks down, blaming herself for Kara being gone. Alex gives her a pep talk and encourages her to forgive herself, then takes the device.

Kara and Nyxly activate the mirror and Kara goes to get her father, but Nyxly stops her, trying to convince her that Zor-El is beyond saving and then Nyxly reveals her true colors. She attacked Zor-El. She wanted Kara to activate the portal to get her to Earth so she can unleash her power there. Nyxly and Kara fight but accidentally trigger the self destruct so Kara destroys the portal home and, when Nyxly won’t escape with her, runs as the space self destructs. Kara escapes, but watches in horror as the base explodes, presumably with her father and Nyxly still trapped inside.

The Super Friends track Prime’s lair to the sewers and are soon attacked by Phantoms. J’onn is injured and infected by one, telling the team to run. Brainy is next. Alex and Dreamer make their way to the chrysalis but find it guarded by numerous Phantoms. Dreamer makes a safe barrier for Alex, though she is herself attacked and turned leaving Alex alone to destroy the Chrysalis. She manages to just as Prime arrives to attack her and saves everyone who had been turned. Dreamer is able to subdue Prime and Brainy captures him in the Proto Trap.

Welcome to the team

Lena and Alex talk after everything is done with the chrysalis. Lena tells Alex that she doesn’t think she belongs in the tower. She says she’s not like them, but Alex tells her that the entire time all she wanted was to go save her sister, explaining that the decision isn’t to server the greater good isn’t always black and white for her either. Alex explains that they’re all different and that’s what makes the team work. Lena belongs there and always has.

All episode long, Nia has been having dream visions of young Kara and Alex back at Midvale high but she doesn’t know why. After dealing with Prime, Lena realizes that they can use the Phantom to track Kara by instinct but they need her DNA and that’s when they realize what Nia’s dreams are about. They have to go back in time to high school in Midvale to collect more of Kara’s DNA.