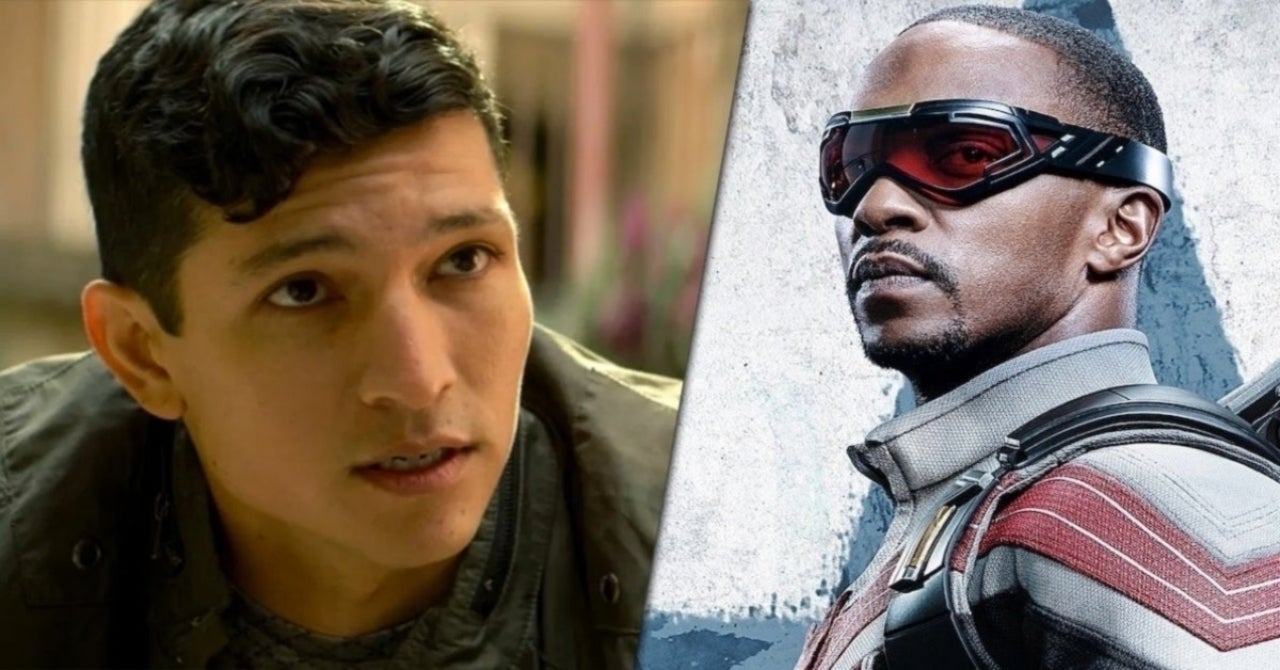 Danny Ramirez hopes his Falcon and Winter Soldier role is no flyby: the actor would “100 percent” return for more Marvel so he can suit up as the new high-flying Falcon of the Marvel Cinematic Universe. The 28-year-old actor, who next appears opposite Tom Cruise in Top Gun: Maverick, debuts in “New World Order” as USAF First Lieutenant Joaquín Torres — the on-the-ground partner of Sam Wilson (Anthony Mackie), who is about to take flight as the new Captain America in Friday’s series finale. After Wilson told Torres to keep his broken Falcon wings in last week’s Episode 5, “Truth,” setting up the MCU’s newest hero, Ramirez is excited about his Marvel future.

Playing Torres “so far has been such a joy,” Ramirez told TVLine ahead of Episode 6. “It’s all been positive memories being a part of this story, that I would 100 percent say yes [to more]. Without a doubt, no questions asked. Where do I sign?”

Ramirez hopes to “suit up” as the new Falcon — a trajectory taken by his comic book counterpart — but when asked if Torres might make his superhero debut in the series finale, Ramirez said: “You will have to wait and see. But there’s a lot exciting stuff down the road, maybe, from what I’ve been hearing…. There’s a lot of things to be excited about, for sure.”

Series creator Malcolm Spellman hinted at Torres’ MCU future earlier in the season when he told Entertainment Tonight about Ramirez: “He was great. I can’t tell you where it’s gonna go, but obviously, he’s not in there for no reason. He just lights up. If we had had 10 episodes, we had a giant storyline for him built out. But he does have plenty of real estate in these six.”

Ramirez is “a joy” to work with, added series director Kari Skogland. “Besides talented, such a nice young man who has a huge career ahead of him for sure. We found him very early on … I think we’re gonna be on his coattails as he takes off like a rocket. It’s fun to see he and Anthony together, and the rapport that they have.”

The Falcon and the Winter Soldier series finale premieres Friday, April 23, on Disney+.