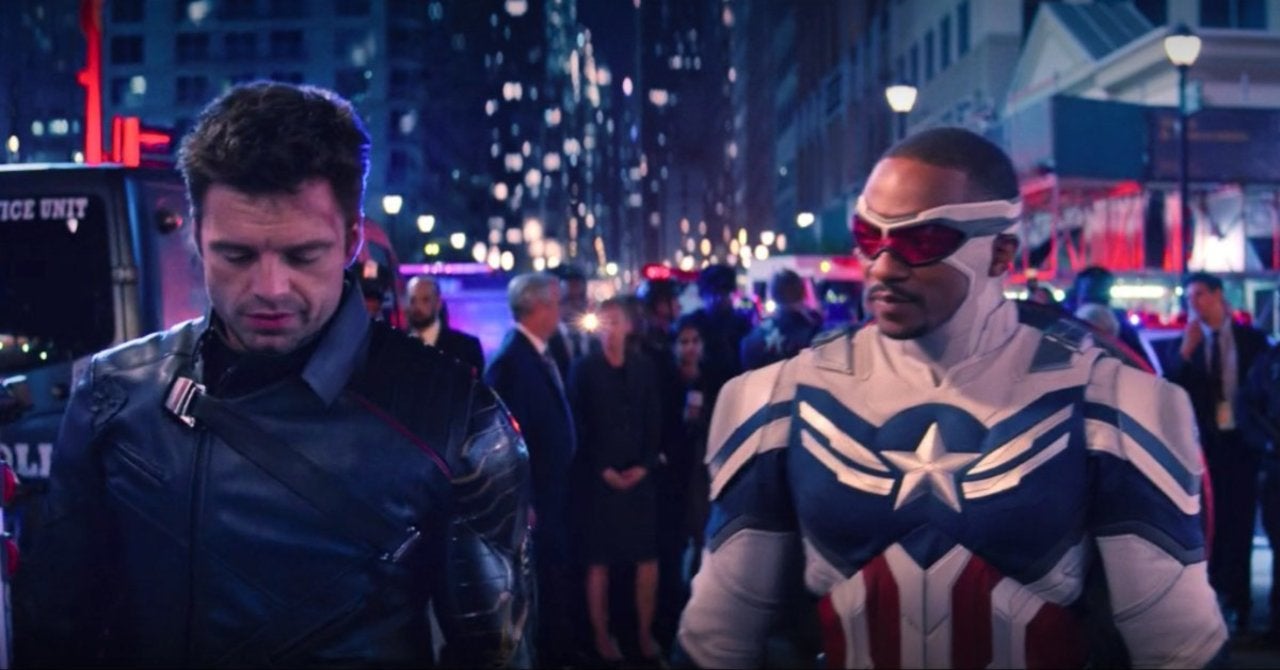 The Falcon and the Winter Soldier has finished its six-episode season on Disney+. The finale revealed the new status quo for both Sam Wilson/Falcon (Anthony Mackie) and Bucky Barnes (Sebastian Stan), as they tried to honor the legacy of Steve Rogers/Captain America. Of course, The Falcon and the Winter Soldier turned out to be about so much more than that, as the show tackled the darker truths of Captain America’s legacy while examining a radically changed world of geo-politics, after The Blip. Not surprisingly, TFATWS’ finale had a lot to wrap up – here is the explanation of what the show’s ending and that final post-credits scene mean for the future of the Marvel Cinematic Universe…

Warning: Major Spoilers for The Falcon and the Winter Soldier Finale Follow!

The final episode of The Falcon and the Winter Soldier pits all the various players in the series against one another in an epic showdown at the GRC conference in New York City. Sam Wilson makes his debut as the new Captain America(with a fancy new costume); Karli Morgenthau (Erin Kellyman) and the other members of the Flag Smashers leadership are all apprehended and/or killed; Sharon Carter (Emily VanCamp) is revealed to be the Power Broker, and John Walker gets a new job as “US Agent” working under Valentina (Julia Louis-Dreyfus). Bucky Barnes clears his ledger by confessing to murdering his friend

The post-credits scene of The Falcon and the Winter Soldier sees Sam honor his promise to Sharon Carter, by having her pardoned by the US government, and re-instated as “Agent Carter.” Of course, with Sharon also being the Power Broker, being re-instated also means a tremendous opportunity to sell all kinds of government secrets, and technology that can be used to create power enhancements for anyone who can afford one.

So what does this all mean for the MCU?

Well, Sam has embraced the mantle of Captain America– but there are still going to be a lot of people who will have a problem with that. Bucky’s future is a lot more uncertain, but where Sam goes, Bucky likely won’t be too far behind. There’s still the lingering question of what happened to “Old Man” Steve Rogers after Avengers: Endgame, and what his current status is. However, the world now knows that Isaiah Bradley (Carl Lumby) was also a heroic super-soldier symbol for America, thanks to Sam’s influence. That’s bound to have an effect on Isaiah’s grandson Eli (Elijah Richardson), who still has a potential future as the Young Avenger hero Patriot.

However, the more interesting developments are with the characters now playing in the shadowy corners of the MCU. Sharon Carter’s role as the Power Broker could tie into any number of future MCU projects, as she has the ability to create any number of the costumed/tech-enhanced villains (or heroes) from Marvel Comics lore.

And then there is the big mystery of what Valentina Allegra de Fontaine is up to. In the comics, Val was a triple agent who pretended to work for SHIELD, led HYDRA, but really served the Soviet organization Leviathan, which was seeking its own methods of creating superpowered beings. There’s also the possibility Val and John Walker (and Zemo, who is now locked away in The Raft), are the first pieces of what could become The Thunderbolts, if Val intends to have her own team of heroes loyal to her cause, over country.

The Falcon and the Winter Soldier is now streaming on Disney+.