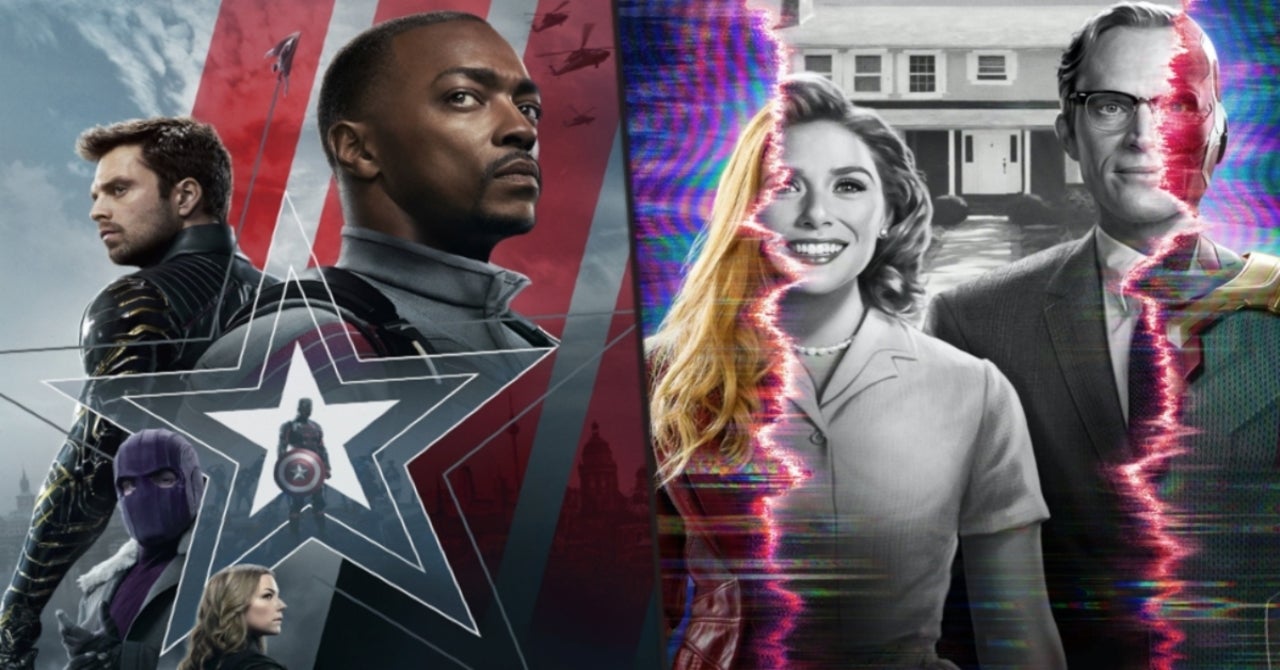 Friday’s finale of The Falcon and the Winter Soldier soared onto Disney+ with the reveal of a new star-spangled Captain America, but WandaVision cast too strong of a spell over critics and audiences: the premiere Marvel Studios original series grounded Falcon and Winter Soldier as the better-received of the two. WandaVision‘s Episode 9, “The Series Finale,” fared better with critics than Falcon and Winter Soldier‘s action-packed “One World, One People,” which is currently the only episode from either series to receive a “rotten” score on review aggregator Rotten Tomatoes.

WandaVision, which debuted at 97% as the at-the-time highest-rated Marvel Studios production before settling at a Certified Fresh 92%, ended its season with “The Series Finale” scoring an 88% from 32 counted critic reviews. Falcon and Winter Soldier‘s midnight Friday premiere of “One World, One People,” currently stands at 59% “rotten” with 17 critic reviews counted at the time of publication on Friday night.

Overall, Elizabeth Olsen and Paul Bettany’s WandaVision edges out Falcon and Winter Soldier as the better-received series: the Jac Schaeffer-created, Matt Shakman-directed WandaVision finished its run at 92%, versus the 87% for series creator Malcolm Spellman and series director Kari Skogland’s Falcon and the Winter Soldier.

Spinning out of the events of Avengers: Endgame, where an aged and retired Steve Rogers (Chris Evans) passes the mantle and shield of Captain America to Sam Wilson (Anthony Mackie), Falcon and Winter Soldier unseated WandaVision and the Season 2 premiere of live-action Star Wars series The Mandalorian as the most-watched series premiere ever on Disney+.

Ahead of Falcon and Winter Soldier‘s March 19 release on the streaming service, Mackie correctly predicted his and Stan’s co-lead series would continue Marvel Studios’ hot streak after back-to-back-to-back hits in Endgame, Spider-Man: Far From Home, and WandaVision.

“I hope people take away from the show that we did not mess up the Marvel brand. This could have went really wrong and we could have been the first bad Marvel show, and we’re not,” Mackie said during the series’ virtual premiere launch event. “We kept it going!”

After Stan quipped their series “raised the bar,” Mackie added, “We kept it going, baby! We have a good show! Yes, we’re not bad! That’s what I want people to say: ‘You know, they don’t suck’ (laughs).”

On Friday, THR reported showrunner Spellman and Dalan Musson, the scribe who penned 100%-rated Episode 5, “Truth,” would write the Mackie-starring Captain America 4 for Kevin Feige’s Marvel Studios. The Disney-owned studio has not yet commented on the new movie, the first Captain America franchise installment since 2016’s Captain America: Civil War.

All episodes of The Falcon and the Winter Soldier are now streaming on Disney+.