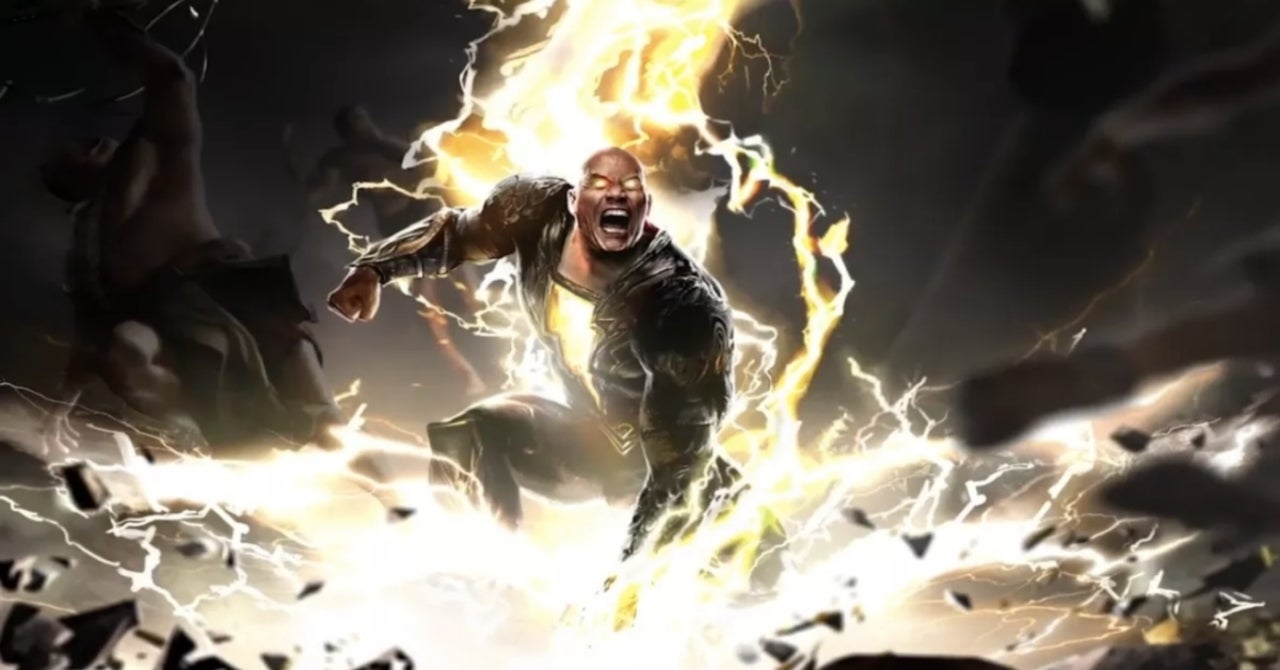 Finally, The Rock has come back to Atlanta for production of Black Adam. Dwayne Johnson was spotted arriving in the area of the upcoming DC Comics movie’s production, just a bit after photography kicked off. Johnson was cast in the role back in 2014, so his arrival on the movie’s set is an exciting step towards finally seeing him in the role. So far, only concept art of Johnson as Black Adam has been revealed but with the actor on set there is always the possibility of a costume reveal coming soon, especially if the production is going to be shooting outdoors in any public locations as the studio would likely rather control the first official public look at the suit rather than having paparazzi snag a photo which would be out of their control.

“History in the making, extremely excited and what a humbling moment to share with you. Officially kicking off Day 1 of filming our Black Adam,” Johnson wrote in the Instagram post on April 10. He went on to praise the movie’s “all-star production crew,” including director Jaume Collet-Serra and Academy Award-nominated cinematographer Lawrence Sher (Joker), Johnson wrote the team behind Black Adam is “incredibly talented, galvanized, committed and focused to raise the bar and deliver something SPECIAL for the world. This one is an honor.”

The photo of Johnson arriving in Georgia for production of Black Adam can be seen in the Instagram post below.

Black Adam producer Hiram Garcia shared an update about Black Adam while talking to ComicBook.com in March. “Obviously, you know how passionate we are about this project,” Garcia said. “This is very special to us, and you know, not only Black Adam, but JSA, and all these characters we’re introducing to the world and, what we want to do with it, we’re just… Look, we were supposed to have been filming last year. COVID, like it delayed everyone, it kinda got in the way, but we’re happy we’re able to pause, regroup, and now we’re going to be getting going, and by April we’ll be shooting and on track to bring this thing home.”

“The guy’s a walking superhero right, and if there was ever anyone born to play a character, it’s him,” Garcia said. “We’ve been developing Black Adam who knows how many… I feel like it’s been close to like a decade at this point we’ve been talking about this and on it and you see him in that and you’re like, ‘That’s him, that’s why we’ve been waiting, that’s why we’ve been working so hard to make this happen.’ This guy is Black Adam and he is going to change the DC Universe buddy. He’s gonna change that thing.”