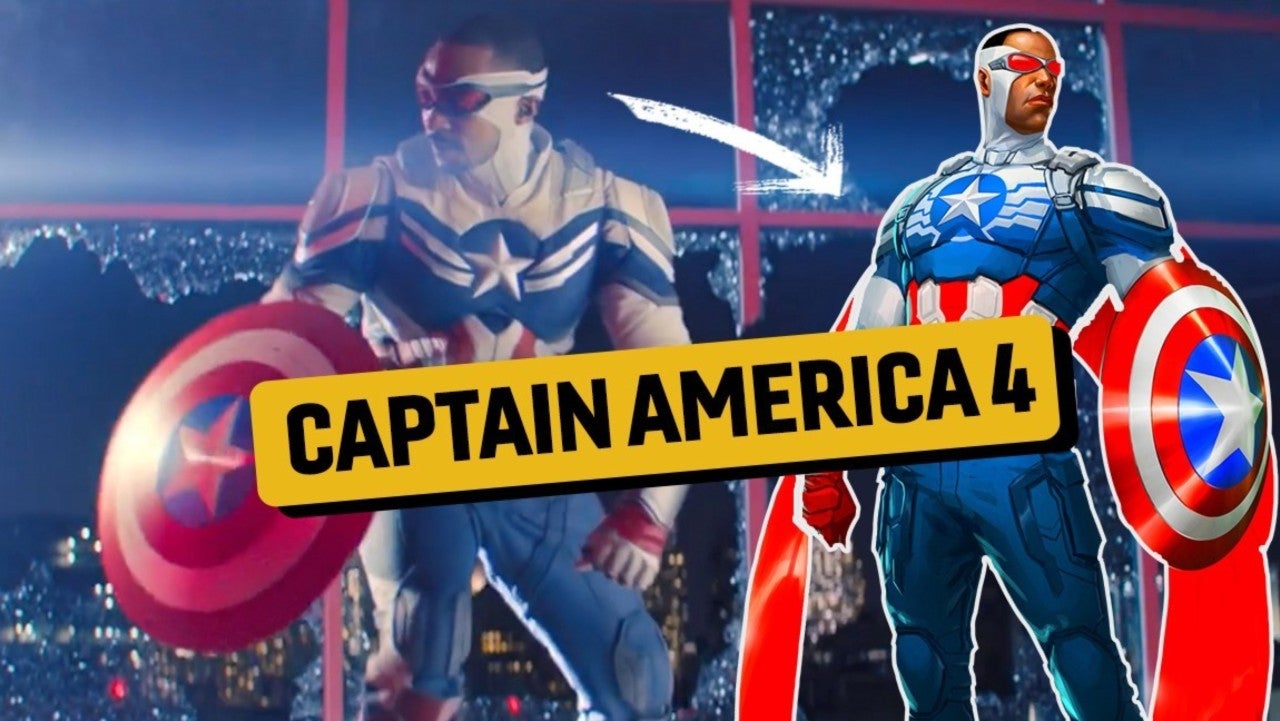 There’s a new Captain America in the MCU and his name is Sam Wilson! This is your breakdown of The Falcon and The Winter Soldier’s finale, which came complete with our first look at the glorious Falcon-Captain America suit which is pulled straight from the pages of the comics and its next stop is officially going to be Captain America 4, a movie starring Anthony Mackie and written by Malcolm Spellman, the executive producer of this series. There was plenty of set up for such a movie in The Falcon and The Winter Soldier and also threads which could be expounded upon in Armor Wars. Get all the details in the video above, on our YouTube channel, or in the article below. Spoilers follow!

The episode starts with Captain America vs. Batroc, Round 2, giving Batroc a shot at redemption after Steve Rogers whooped him in the beginning of Captain America: The Winter Soldier but he doesn’t get it. Sam gets the best of him before flying out to do more important Captain America stuff. Meanwhile, Karli tries to negotiate with Bucky over the phone and he says he has fought for something bigger than himself and failed twice, which are probably references to Captain America: Civil War and Avengers: Infinity War.

John Walker shows up to the fight in New York, he is a full-on U.S. Agent now realizing his comic book destiny but the big twist is that when Sam Wison becomes Cap in the comics, John Walker tries to embarrass him and make him look like he’s not worthy of the mantle. Now, as if this was scripted by WWE writers, Walker has a face turn when he has to decide to chase down Karli or save the people in a falling van — and he chooses to save the people. Are we just supposed to forget this dude executed a guy in a town plaza and then tried to kill Sam and Bucky like all in the past 2 weeks?

So, in a bit of a race to the finish line, John is on a redemption path, Batroc is killed by Sharon (who hired him in the first place) and then Karli is also killed by Sharon (who, also, hired her in the first place). Sam carries Karli’s body in a very Cain and Abel artistry kind of way, reflecting the fact his enemy has been killed but he’s really not happy about it.

Big twist: Sharon is the Power Broker! In the comics, the Power Broker is Dr. Malus and very much not Sharon Carter but it looks like they’re setting Sharon up for a big villain role especially after she gets an important role in the U.S. government in a post credits scene. This was intended to honor her aunt Peggy’s impressive legacy but Sharon is like — “l, o, l, sike! I’m gonna sell your secrets,” and my guess, is this is something that can play out in Armor Wars with Don Cheadle’s War Machine and she could’ve been on the phone with Justin Hammer from Iron Man 2 if it is going to be someone we’ve met before? Sharon has had villain turns in the comics, she has partnered with Red Skull and been very anti-SHIELD but ultimately made amends through time travel and conversation with Nick Fury. Will we see this in the MCU?

After Sam tells the governors how to do their jobs in a really well written speech (hats of to Malcolm Spelllman and the writers of this show), he goes back to Baltimore to see Isaiah Bradley. Much like the comics when Steve Rogers honored Isaiah’s legacy by having his story told, Sam had an Isaiah Bradley statue added to the Captain America museum, not just maintaining the Black character’s legacy in the MCU… but really creating it, seeing as it was kept a secret this entire time.

Baron Zemo gets the last laugh. Zemo’s Alfred lows up the last remaining super soldiers not named Sam Wilson or John Walker and he’s on the super villain prison The Raft, which will probably be short lived if we’re going to get a Thunderbolts series or movie and I really hope we are.

Overall, a good finale to a great series. I think the series could’ve benefited from one more episode, giving a bit more time to explain John Walker’s turn towards being decent and Karli’s descent into a willingness to die — it all makes sense, but could have landed with more weight if it had more time to play out. Great show, hats off to Anthony Mackie and Sebastian Stan for their performances, writer Malcolm Spellman, and director Kari Skogland. Here’s to hoping there is a Season 2 using that Captain America and The Winter Soldier name we saw at the end here but Captain America 4 might be even more exciting.

What Easter eggs and references did you catch in The Falcon and The Winter Soldier finale? Share your thoughts in the comment section or send them my way on Instagram!