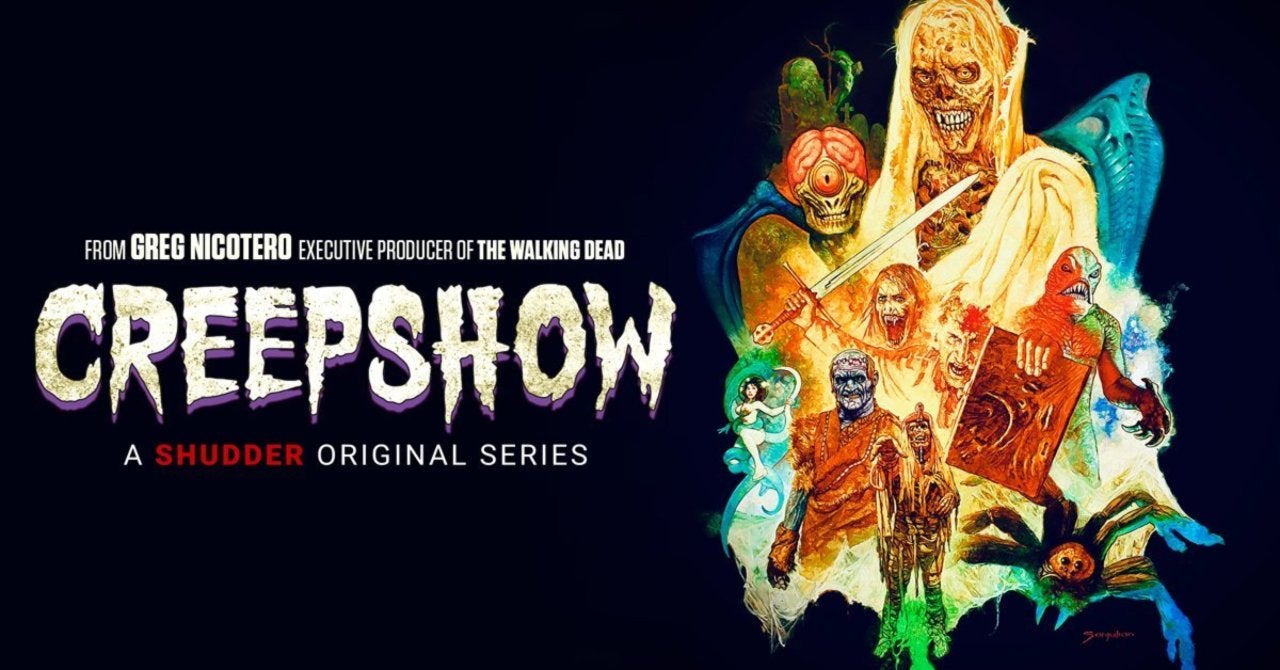 After four frightening weeks, Season 2 of Shudder‘s Creepshow has come to an end, but it wouldn’t be Creepshow without offering fans a few more surprises, as an all-new poster for the season has been unveiled exclusively through ComicBook.com. Despite fans surely being disappointed that they won’t be getting new horrifying and hilarious episodes of the series in the coming months, not all hope is lost, as Shudder has already confirmed that the series has been renewed for a third season. Check out the first two seasons of Creepshow on Shudder now and stay tuned for details on Season 3, which is expected to launch later this year.

“In keeping with the spirit of Creepshow, I was delighted to be able to collaborate with famed Spanish illustrator Sanjulián to create our key art for the Season 2 finale,” Nicotero shared with ComicBook.com. “The countless paintings he’s done over the years (From Famous Monsters to Heavy Metal) single-handedly elevated the genre…and this piece captures every creepy crawly featured in the show in spectacular fashion. I’m honored.”

Season 2 of Creepshow was finally unveiled earlier this year after an extended wait, as production began last spring, only for the coronavirus pandemic to force the series to go on an extended hiatus. With the series’ cast and crew just as passionate about the series as fans, the filmmakers made sure to keep busy during the shutdown, ultimately delivering both Halloween and holiday specials to fans as they waited for production on Season 2 to resume.

“The hardest part is, people like me that are always busy and always doing things, going from a hundred miles an hour to zero, it’s like being in a car accident,” Nicotero previously detailed to ComicBook.com to the production hiatus. “All your muscles tense up and everything’s sore. It was weird to just go to zero for a little while, but the truth of the matter was that I was a little hesitant to get back into shooting because I think there was this big, giant question mark over everything, like, ‘What’s it going to be like? How’s filming going to be? You have to wear masks, and you have to wear a face shield, and you have to stay six feet apart.’ So I was concerned before we got back to work because that was going to stifle some of the collaborative nature of filmmaking.”

He added, “But, I’ll tell you, the minute that we got to set, I forgot. I forgot that I had a mask on and I forgot that people just did it because it’s in your blood. I was really grateful that Creepshow was one of the first long-form shows to go back into production. We started prepping in August and we were shooting in the beginning of September in Georgia. I feel like being one of the first shows to start shooting again, I felt like we showed people that yeah, you can get back to work. You can follow the protocols. You can keep your crews safe, and you can still make fun TV shows and movies.”

The first two seasons of Creepshow are now available on Shudder.

What was your favorite episode of the season? Let us know in the comments below or contact Patrick Cavanaugh directly on Twitter to talk all things Star Wars and horror!