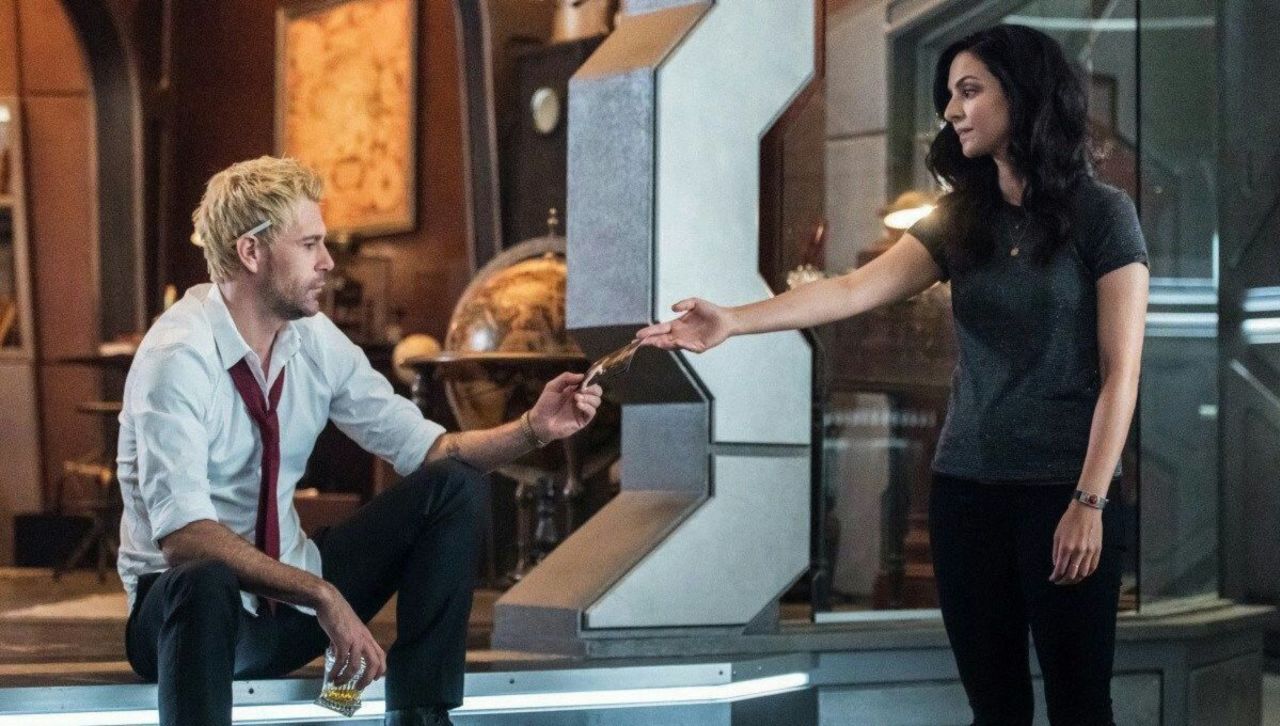 The CW has released the official synopsis for “The Ex-Factor,” a new episode of DC’s Legends of Tomorrow that sees the team take a trip to 2045, where they cross paths with Zari’s civilian life as a social media influencer, and presumably (given the title as well as the premise of the episode) with her ex-boyfriend, DJ S’More Money. You might remember him from the season five premiere; he’s the dude with a giant foam s’more on his head. Fans noticed him in the recently-released extended trailer for the series, and given the prevalence of John Constantine and Zari’s relationship in the sixth season, it makes sense that in an episode that says they “have a much-needed conversation,” we might get some closure on Zari’s romantic past.

You can see the official synopsis for the episode below.

ON THE BIG STAGE – The Legends find themselves in 2045 trying to defeat an Alien warrior which leaves Zari (Tala Ashe) no choice but to enter a popular singing competition. Ava (Jes Macallan) has finally had enough of Rory’s (Dominic Purcell) behavior and with the encouragement of Spooner (Lisseth Chavez), gives him some tough love. Sara (Caity Lotz) finds herself struggling after being attacked but someone familiar helps her to keep searching for refuge. Meanwhile, Zari and Constantine (Matt Ryan) have a much-needed conversation with each other.

Having spent last season trying to track down the Loom of Fate in order to bring back their slain comrades, the Legends must now save history from a foe like none they’ve encountered in the past or future. Co-captains of the time-ship Waverider Sara Lance (Caity Lotz) and Ava Sharpe (Jes Macallan) have dealt with monsters, time anomalies, and most recently, villains from Hell, but this season they will face something even more challenging and bizarre … space aliens.

After one of their own is abducted by a ruthless alien, this new mission becomes personal. It will take more than the combined powers of a dark magician, John Constantine (Matt Ryan); a semi-reformed arsonist, Mick Rory (Dominic Purcell); historian who transforms into steel, Nate Heywood (Nick Zano); and a brother-sister wind-totem-wielding duo, Zara Tarazi (Tala Ashe) and Behrad Tarazi (Shayan Sobhian) to save the world for a sixth time. They must recruit a new Legend, a woman who was abducted by aliens when she was a child and supposedly imbued with powers that will help the team defeat their intergalactic foes. Either that or she’s just crazy… Based on the characters from DC, DC’S LEGENDS OF TOMORROW is from Bonanza Productions Inc. in association with Berlanti Productions and Warner Bros. Television, with executive producers Greg Berlanti (“Arrow,” “The Flash,” “Supergirl”), Phil Klemmer (“The Tomorrow People,” “Chuck”), Grainne Godfree (“The Flash”), Keto Shimizu (“Arrow”), James Eagan (“Ash vs Evil Dead,” “Hellcats”) and Sarah Schechter (“Arrow,” “The Flash”).