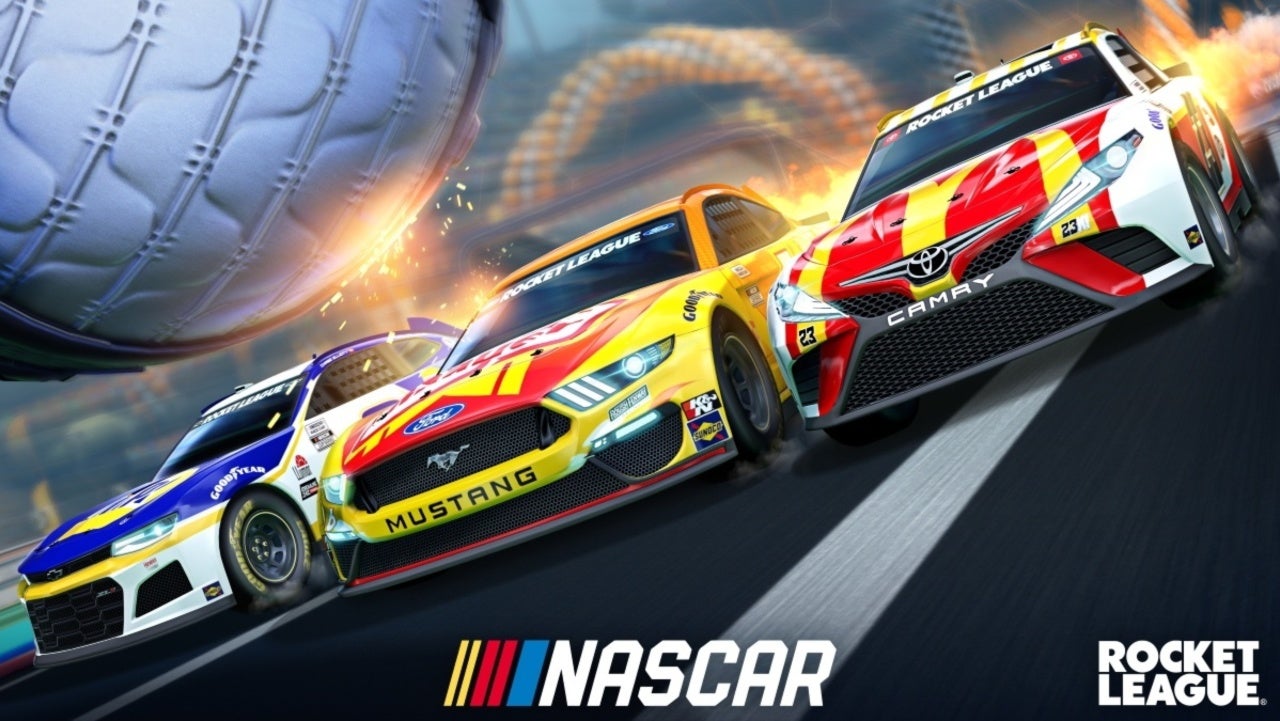 NASCAR officially comes to the popular video game Rocket League this week with the introduction of the limited-time NASCAR 2021 Fan Pack. In case you somehow missed it, it was previously announced that Season 3 of Rocket League would include both NASCAR and Formula 1 content, and now NASCAR cars, decals, and more will arrive on May 6th ahead of the NASCAR Cup Series race at Darlington Raceway on May 9th. The NASCAR 2021 Fan Pack will be available for 2,000 Credits starting May 6th until May 12th.

The new NASCAR 2021 Fan Pack more specifically includes three cars — NASCAR Ford Mustang, NASCAR Chevrolet Camaro, and NASCAR Toyota Camry — as well as nine NASCAR team decals and player banners, a NASCAR x Rocket League decal, and Goodyear racing wheels. You can take a look at all of the above in the brief trailer for the upcoming collaboration below:

Drivers, take your places on the starting grid. The @NASCAR 2021 Fan Pack is just around the next turn and will arrive on May 6!

Get your pit crew ready so you can stack your garage with the latest gear from the top teams in the sport.

Here are the specific NASCAR teams featured in the new pack as well as which cars their decals will be available on:

As mentioned above, the new NASCAR 2021 Fan Pack is set to be available starting May 6th. Though it leaves the shop on May 12th, it will return at future dates throughout 2021 around other NASCAR events. You can check out all of our previous coverage of Rocket League right here.

What do you think about the new NASCAR stuff in Rocket League? Is this the sort of collaboration you would like to see more of from developer Psyonix? Let us know in the comments, or feel free to reach out and hit me up directly over on Twitter at @rollinbishop to talk about all things gaming!