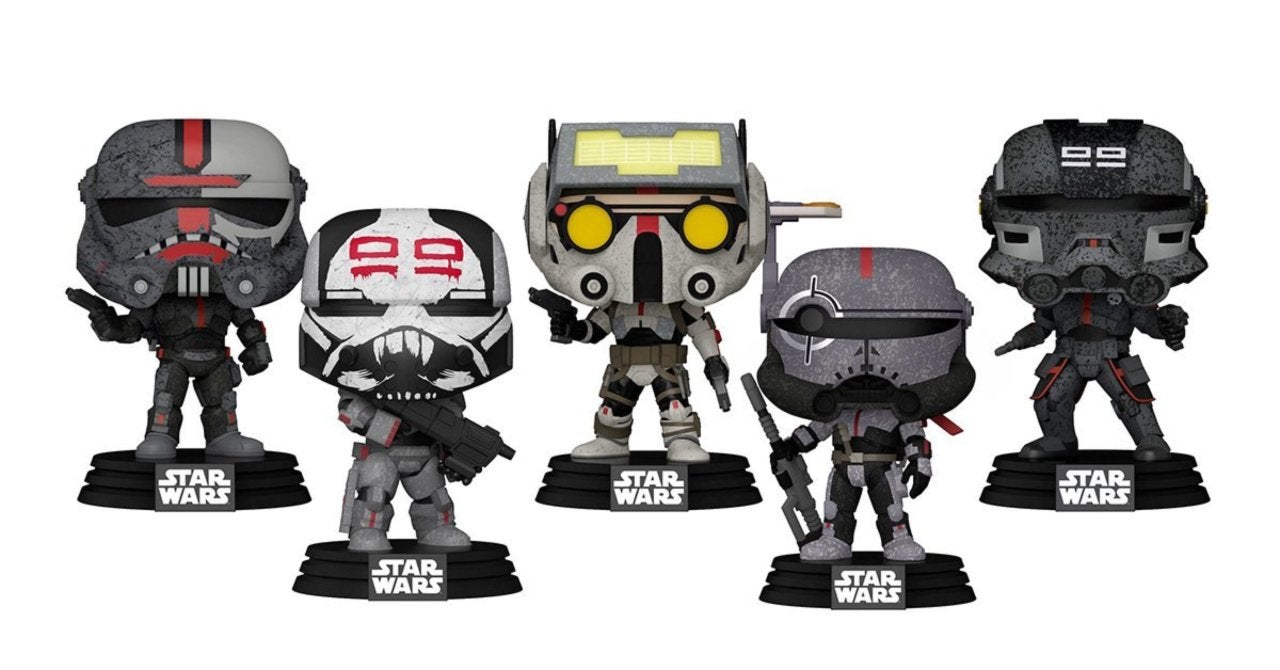 Today is Star Wars Day 2021, and the big event this year is the debut of Star Wars: The Bad Batch animated series on Disney+. Reviews are starting to trickle in, and it seems like the show will be a proper successor to The Clone Wars. That should be very exciting news for fans, and Funko is swooping in to put some icing on that cake with their lineup of The Bad Batch Pop figures.

Not surprisingly, the common Pops in the lineup are Clone Force 99 / Bad Batch members Hunter, Wrecker, Tech, Crosshair, and Echo. Pre-orders for these figures are live here at Entertainment Earth and here on Amazon now. Entertainment Earth also has a line of The Bad Batch Figpins up for pre-order right here.

The full list of exclusive Pops for the Bad Batch wave wasn’t available at the time of writing, but Amazon does have listings up for variants of Crosshair and Hunter – they should go live at any moment. Funko and GameStop have also teamed up on a Bounty Hunter Pop collection that kicked off today with Bossk. You can pre-order it here along with upcoming Pops in the Bounty Hunter series when they become available.

The series follows the elite and experimental clones of the Bad Batch (first introduced in The Clone Wars) as they find their way in a rapidly changing galaxy in the immediate aftermath of the Clone War. Members of Bad Batch – a unique squad of clones who vary genetically from their brothers in the Clone Army — each possess a singular exceptional skill which makes them extraordinarily effective soldiers and a formidable crew. In the post-Clone War era, they will take on daring mercenary missions as they struggle to stay afloat and find new purpose.

Star Wars: The Bad Batch is now streaming on Disney+. You can watch it here. You can check out more new Star Wars Day 2021 releases and deals right here.