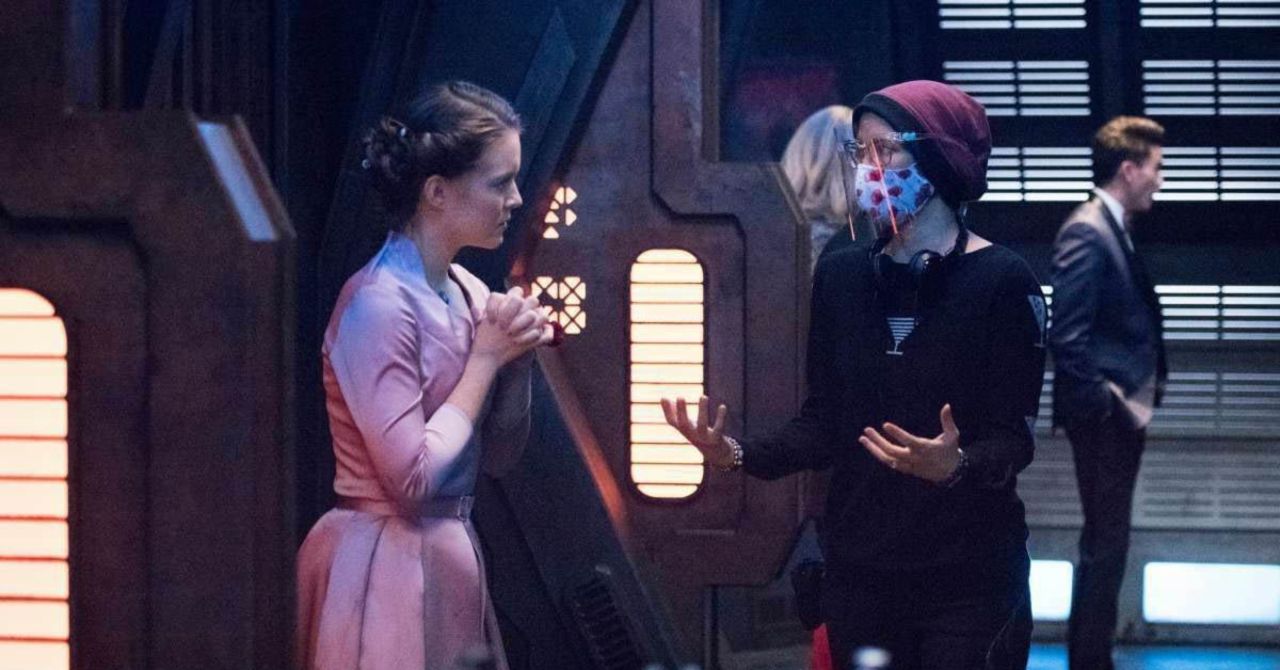 Tuesday night’s episode of Supergirl, “Prom Again!”, marked the directorial debut of series star Chyler Leigh and while it would seem like going from being in front of the camera to being behind it would present major challenges, when it came to crafting the episode’s emotional dynamics, Leigh says she didn’t have any issues. According to Leigh, the actors all brought their A-games with Nicole Maines, Jesse Rath, and the actors playing young Kara (Izabela Vidovic) and young Alex (Olivia Nikkanen) delivering some of Leigh’s favorite scenes.

“I didn’t have any challenges from that perspective because everybody just brought their A-game,” Leigh told ComicBook.com. “And Jesse [Rath] and Nicole [Maines] are just brilliant. And I’ve been just watching Nicole blossoming as an actress. She’s just a powerhouse and oh my god, I’m so proud, just sitting there going like, ‘Oh, this is so cool.’ And Jesse, too. He brings out so much in her and she brings out so much in him. Those are some of my favorite scenes, the final scene, the dance scene, and the scene of Alex and kara in the van.”

Leigh went on to explain how with Vidovic and Nikkanen she was able to work in little winks and nods to the future of the Danvers sisters.

“They just nailed Alex and Kara from the get-go and so it was just a matter of like ‘hey, you know it’d be really fun if you stand like this right here. That’s like a total wink and a nod to the future. It’s like this is the first time you stood like that’ or ‘This is a great body posture for you to do here. This is a fun little moment between the two of you that is just so like what my Alex and Melissa’s Kara would be doing.’ I walked in again and was at such a great advantage just saying like, hey you know I don’t have to craft their performances all I’ve got to do is sit here and go ‘this would be so funny’ or ‘this would be so cool’ and they were like ‘I never would have thought of that.’ And it was just that way. It was like all these little winks the episode… there are certain things in there that I had them do that I felt was really fun to be able to kind of be a prelude to the future.”

Supergirl airs Tuesdays at 9/8c on The CW.